Should Russia invest in the African Stream: a discussion of the prospects 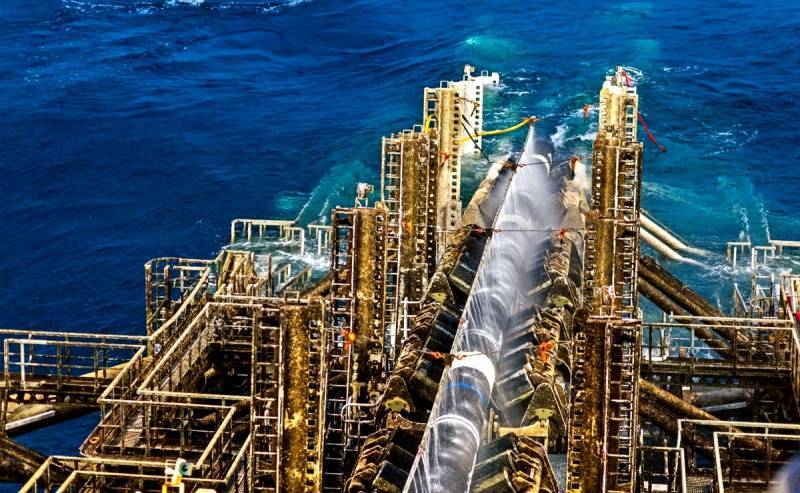 One of the main "sensations" of recent days can be considered a message that Russia is allegedly ready to invest in the construction of the world's longest underwater gas pipeline from Nigeria to Europe. This news, which came from the Arabic edition of Noon Post, was picked up and distributed by all domestic media. So what is it really, a banal "duck" or "insider" about the real intentions of the Russian leadership?

"De-Russification" of the gas market

If you look at the original publication, the Noon Post observer believes that the main motive of the European Union, which will be the main beneficiary of the construction of the new gas pipeline, is "cutting off the sources of funding for the military special operation in Ukraine." In fact, this is of course not the case.

If the “collective Medinsky” does not interfere with the Russian military, then Nezalezhnaya will be demilitarized by the end of 2022. The longest underwater pipeline in the world will not be built so quickly, so the real tasks for Brussels are completely different. Under pressure from the United States, the leadership of the European Union set the goal of getting rid of dependence on Russia in the energy sector, and at the same time to "strangle" the Russian the economydepriving it of income from the export of hydrocarbon raw materials. And the "African pantry" can play a very important role in this.

Despite the blatant poverty of the bulk of the population, Nigeria is one of the richest countries in the world in terms of oil and gas reserves. In terms of "black gold", Nigeria is the largest exporter on the "black continent" and the eighth in the world. Oil exports provide about 90% of the country's export earnings. The proven reserves of Nigerian gas are estimated at 5,22 trillion cubic meters. Undoubtedly, Europe would have laid its paw on him long ago, but the problem lies in the unfortunate geographical position of this country, which is located off the west coast of Africa, cut off from the Mediterranean by many other states with a difficult internal situation. For this reason, Nigeria has relied on LNG, having managed to increase its annual exports to 21,9 million tons. However, this is not enough for the European Union, which for purely political reasons wanted to stop importing Russian gas. Alternative pipeline projects, even frankly insane ones, are once again on the agenda.

As we have already indicated above, Nigeria is cut off from Morocco, which should become the exit point of the gas pipeline from the "black continent", by many troubled African countries, totaling 11 pieces. Despite this, in 2016 a preliminary agreement was signed to build a giant pipeline:

Nigeria and Morocco are teaming up to build the longest underwater pipeline in the world and the second longest pipeline in the world. It will transport gas from Nigeria to Morocco and Europe via 11 West African countries.
In Morocco, they wanted a direct route through the Sahara desert to be chosen, partially repeating the path of the planned Trans-Sahara gas pipeline, but with access to its territory, and not to Algeria. The capacity of such a gas pipeline was supposed to be 30 billion cubic meters per year, the length - a little more than 4 thousand kilometers. However, Nigeria prefers a safer option, which involves laying a pipeline under water along the coast of West Africa. Its length can reach 5,66 thousand kilometers, which will make it the second longest in the world and the first among underwater ones. The complexity and cost of the project is due to security requirements, since the Sahara is now a very turbulent place in terms of terrorist threat, and numerous transit countries are politically unstable.

In general, this "African Stream", if it is built, it will not be very soon. In any case, the special operation in Ukraine will not last that long. The main question is, why should Russia get involved in this project, unless, of course, this is a banal “fake”?

Here we are waiting for the most interesting. The Noon Post writes that Russia does not want to lose its experience in building underwater gas pipelines, gain a foothold on the African continent, and also maintain the status of the “gas king” by taking control of alternative pipelines. On reflection, these theses do not stand up to scrutiny.

As for the construction of underwater gas pipelines, here, apparently, we mean our long-suffering Nord Stream 2, which Gazprom completed the construction on its own with sin in half. The experience is undoubtedly valuable, but it proved that Russia has huge problems with the corresponding materialtechnical base. The only full-fledged pipe-laying vessel had to be torn off the project on Sakhalin and driven around Africa to the Baltic. As a result, in fact, the remaining kilometers of Nord Stream 2 were completed by the Fortuna barge, which does not even have an automatic positioning system. "Akademik Chersky" returned to the Far East, where he had already returned to his main work.

It is not clear how Russia, whose few specialized pipe-laying vessels are under Western sanctions, can help Nigeria in building the world's longest underwater gas pipeline. Is it possible to somehow overtake the Fortuna barge to the African coast, renting it out.

The thesis that Russia can allegedly take control of the gas pipeline under construction does not stand up to any criticism. How? By buying it? The cost of the project, according to preliminary estimates, is in the range of 30 to 50 billion dollars. Pay for the construction of the pipeline, then try to close it? But who will allow it? Europeans and Nigerians? Why? The maximum that can be realistically counted on is to become a minority shareholder of the operating company that will own and manage African Stream. In other words, to pay for the construction of an alternative to Nord Stream 2 at their own expense, without being able to stop its work, because no one will allow Russia to do this. So is it worth getting involved with all this at all?

The best thing our leadership can do today is to speed up the process of import substitution of equipment needed for gas liquefaction and subsequent regasification, as well as the construction of a specialized tanker fleet. The ability to freely export LNG and oil without being tied to the pipeline system to anywhere in the world seriously diversifies the risks of the national economy.
Reporterin Yandex News
Reporterin Yandex Zen
5 comments
Information
Dear reader, to leave comments on the publication, you must sign in.