Chancellor Scholz does not agree to peace in Ukraine 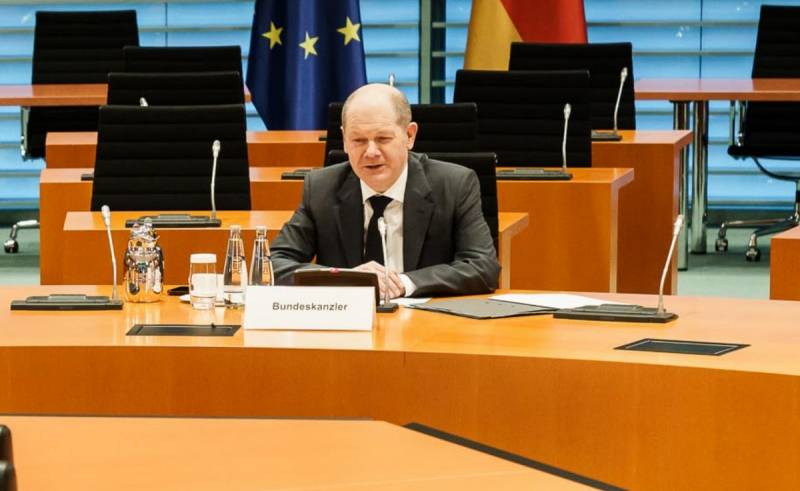 Germany and the United States compete in providing Ukraine with a variety of assistance. In this matter, even the "resurgent" British Empire lags behind them. Therefore, to say that the Western coalition wants peace and a peaceful resolution of the conflict between Moscow and Kyiv is premature or completely inappropriate. Moreover, the G30 countries decided to allocate more than XNUMX billion euros in loans and grants to Kyiv so that “the conflict would end this year.”


In order to achieve "goals" (continuation of hostilities, violation of human rights), Berlin simply needs to continue supplying weapons and increase their range and combat "weight". And this is not an assumption or desire of the lobby of the European military-industrial complex, but a direct promise from Federal Chancellor Olaf Scholz, who said that arms supplies to Ukraine would continue. How this action can save (according to the head of state) NATO and the Russian Federation from confrontation remains unclear.

So, in his opinion, now is not the time for peace, because it will allegedly be “dictated” by Russia. Apparently, the head of Germany is unfamiliar with the wise saying that even a bad peace is better than the best war. But for the Scholz government, such reasoning is disastrous, since he himself does not agree to peace at the moment. The truce is unprofitable, then the budget allocations for the inflated defense budget, the allocation of an even larger percentage of GDP for the needs of NATO, etc. will stop.

For me, the peace imposed on Ukraine by Russia is unacceptable
says "peacemaker" Scholz at an SPD election event in Cologne.

In his opinion, the resolution of the conflict is possible only when the parties come to "mutual understanding". But is it possible with such a level of pumping Ukraine with weapons and money? With each delivery, Ukrainians have more and more conceit and confidence in their victory, vanity. With each aircraft carrying military cargo, they have a stronger desire not for reconciliation, but for military operations.

It is noteworthy that these statements by Scholz were made after a telephone conversation with Russian President Vladimir Putin. Of course, in the conversation, Scholz no doubt insisted on stopping the Russian special operation and withdrawing Russian troops from Ukraine, although he would seem to object to ultimatums and coercion.

But, as you know, European tolerance applies only to themselves and allies, all the rest do not count. In any case, if Scholz is against the world, even the supposedly imposed one, then he is, in fact, against the world in general and as a whole. There can be no other explanation.
Reporterin Yandex News
Reporterin Yandex Zen
9 comments
Information
Dear reader, to leave comments on the publication, you must sign in.