Dollar for 30, euro - 40: how long will the ruble strengthen 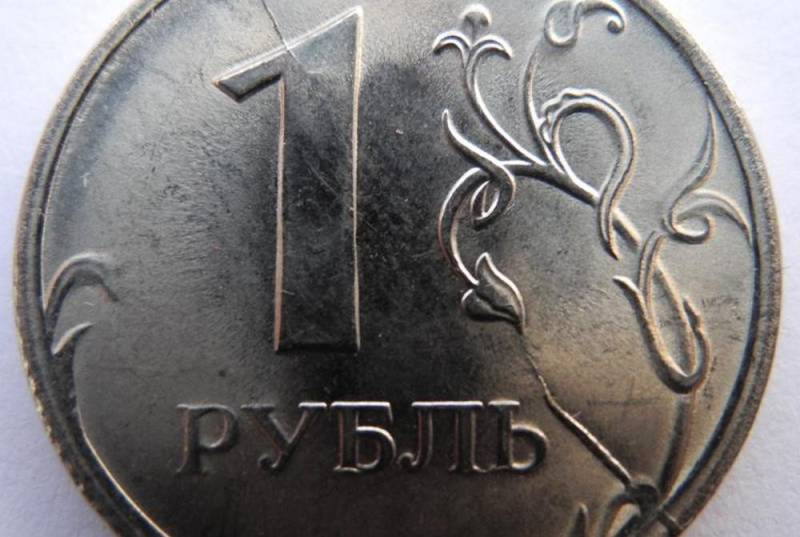 For the prize for the most unfaithful economic the 2022 forecast claims President Biden's promise that $1 will be worth 200 rubles in Russia. Today, the "American" set another anti-record, dropping below 63 rubles apiece. Thus, the dollar left the corridor of 65-75 rubles, which numerous experts and analysts predicted for him as "comfortable". What's next? Will 1 dollar again cost 30 rubles, and euro - 40, and what will this mean for the Russian economy?


The respected information and analytical agency Bloomberg called the Russian ruble the best among world currencies in relation to the US one. Our "wooden" was not so wooden, having strengthened immediately by 11% in relation to the indicators of the beginning of the year. If we compare it with the rate that was at the very beginning of the special military operation in Ukraine, when an “American” cost around 120 rubles, then the growth of the ruble looks absolutely fantastic. So why, instead of breaking through the bar of 200 rubles per dollar, the Russian ruble is only getting stronger?

It grows by leaps and bounds

What is happening now on the Moscow Exchange is determined by a whole range of factors. The greatest contribution was made by the measures taken by the financial authorities of the country.

At first, cash transactions were limited, and the export of more than $10 abroad was prohibited.

Secondly, President Vladimir Putin signed a decree forcing exporters to sell up to 80% of their foreign exchange earnings.

Thirdly, in settlements for Russian gas with countries from the list of "unfriendly" the state corporation "Gazprom" switched to Russian rubles. At first, European consumers turned up their noses at our national currency, but today more than two dozen foreign companies have opened their settlement accounts with Gazprombank. As they say, if you want to live, you won't get so upset. Naturally, the demand for rubles increased sharply. However, these are far from all the factors forcing the ruble to continuously strengthen against the dollar and the euro.

Fourthly, the volumes of imports from abroad, the calculations in which were carried out in foreign currency, fell very strongly. This is a direct consequence of anti-Russian Western sanctions that have limited the supply of a wide range of equipment and of technologies to our country.

Fifthly, foreign tourist trips for Russians are now limited, the cost of vouchers has increased markedly, and there is no way to go to Europe at all. The demand for cash dollars and euros has seriously fallen because of this, and the already familiar Visa and MasterCard cards abroad do not work for us now. They say that with a scratch you can pay with cards of the Chinese UnionPay payment system.

Finally, a relatively strong ruble is beneficial for the Central Bank of the Russian Federation to reduce inflation and control rising prices on the shelves. According to the regulator's pessimistic estimates, inflation could reach 23%:

We forecast annual inflation to be 18,0-23,0% in 2022, drop to 5,0-7,0% in 2023, and return to 4% in 2024.
Such anti-records, which will require significant budget expenditures, are not needed by the authorities. As a result, the ruble is growing, while the dollar and the euro are getting cheaper. Our national currency has already left the "comfortable" range of 65-75 rubles per dollar. Will it continue to grow?

Why the fall is inevitable

Further weakening of the ruble against the dollar and the euro is inevitable, since it is inherent in the very structure of the Russian federal budget, which is drawn up based on the value of the dollar at 75 rubles in 2022 and 74 rubles in 2023. The domestic economy has a pronounced export character, therefore, both the exporters themselves and the federal center, which collects taxes from them, benefit from the ruble being weak against the American and European currencies in which settlements are traditionally carried out. Here is how President Putin commented on this alignment back in 2014:

And what does this mean for the Russian budget? We do not calculate it in dollars. The value of the ruble has fallen, it has depreciated a little... by 30%... But look: we used to sell goods that cost a dollar and received 32 rubles for it. And now we get 45 rubles for the same product priced in a dollar. Budget revenues increased, not decreased.
Yes, the semi-state Gazprom is trying to convert payments for gas into rubles, but the private energy company NOVATEK, for example, is relieved of this obligation, Dmitry Peskov, press secretary of the President of the Russian Federation, explained:

The President did not differentiate in any way, but the instruction was to Gazprom. That is, in this case, there was no instruction for NOVATEK. Actually, NOVATEK is a company, there can hardly be a direct order there. That is, what kind of assignment is a directive to Gazprom. After all, Gazprom is an international company, but the main owner is the state.
Also, despite all the appeals, payments are still made in foreign currency for Russian oil, timber, grain, metals and other resources supplied abroad. There is nothing to be surprised here, since the story with gas is more политическая.

The foregoing gives us reason to believe that soon the Central Bank of the Russian Federation itself will begin to actively weaken the ruble against the dollar and the euro in order to return its exchange rate to a “comfortable” corridor from 65 to 75 per “American”. A dollar for 30 rubles and a euro for 40 - this is now possible only with the complete de-dollarization of the Russian economy.
Reporterin Yandex News
Reporterin Yandex Zen
26 comments
Information
Dear reader, to leave comments on the publication, you must sign in.