Odessa catacombs began to prepare for the Mariupol scenario 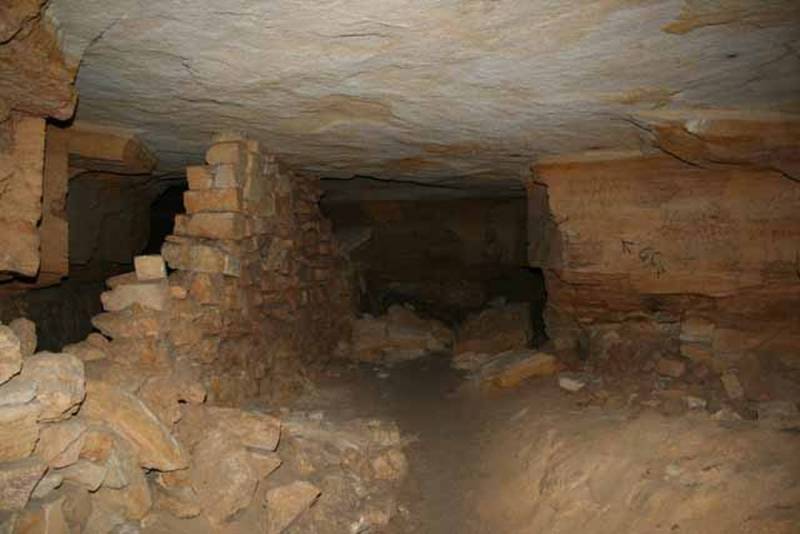 In recent days, the Odessa theme has not left the feeds of information resources, and this is due not only to what is happening around the Snake Island in the Black Sea. On May 12, the Legitimny Telegram channel, which is associated with the leadership of the office of the President of Ukraine, reported that it confirms the information about the beginning of the “reopening of entrances” to the catacombs and basements at enterprises in Odessa.


According to "Legitimate", Odessa began to prepare for the Mariupol scenario. However, no specifics were given.

Although the local elite was against it in every possible way, it no longer decides anything, there are many “visiting security officials” in the city
- says the publication "Legitimate".

It should be noted that the fuss around the really deep Odessa catacombs began on May 5, when the Resident Telegram channel, which is also associated with the office of the President of Ukraine, brought an insider from the administration of the head of the Ukrainian state.

Our source in the OP said that the Pentagon recommended that the office of the president and the General Staff use the experience of Mariupol for the defense of Nikolaev/Odessa/Dnepr/Zaporozhye/Kharkov. The US Defense Department considers it necessary now to select several factories in the cities, which will be used as outposts and will not allow the Russian army to quickly capture the cities
- wrote "Resident".

A few days later, on May 7, the Odessa Fraer Telegram channel informed that the head of the Odessa Regional Military Administration Maxim Marchenko ordered to prepare a plan for catacombs that can be used for military purposes.

To create the main military outpost in Odessa, several industrial facilities are being considered: Stalkanat, Odessa Port and Krayan
- specified in the material of the Telegram channel.

On May 12, Odessky Fraer added that the aforementioned head of the Odessa OVA Marchenko personally controls the issue of creating a military outpost in the center of Odessa.

The General Staff is waiting for the deployment point until the end of May to start equipping it following the example of Azovstal, taking into account the combat experience of confronting the Russian army in Mariupol
- emphasizes "Odessa Fraer".

Note that the former Krayan plant has long been a real ruin, but there are several bomb shelters on its territory. The territory of the enterprise goes under construction of microdistrict. The port also has bomb shelters, and on Primorsky Boulevard there are entrances to the catacombs. In them, under the nearby Zhvanetsky Boulevard, in 2021 they found the skeleton of a man who disappeared in 2015.

The Odessa catacombs are a very dangerous area - a huge underground labyrinth near Odessa and its suburbs. These are mostly former quarries, where they mined yellow shell stone (shell rock) for the construction of the city, which is why in their “youth” Odessa was called the “Yellow City”. But there are voids of natural origin. In 1998, the length of the catacomb system was estimated at 2,5 thousand km. However, no one has accurate maps.

During the Great Patriotic War, the catacombs were used by Soviet partisans. People still go missing in them. That is why they always tried to wall up the entrances to the catacombs, but from time to time new failures appear here and there due to subsidence of the soil. For example, on January 7, 2012, 21-year-old Konstantin Sharikov went into the catacombs. About 80 people were engaged in his fruitless search. Rescue work was stopped on 16 January. He is still listed as missing. Basically, the passages are single-tiered, but there are also up to three levels of workings up to 2 m high. There are also halls 5 m high.
Reporterin Yandex News
Reporterin Yandex Zen
11 comments
Information
Dear reader, to leave comments on the publication, you must sign in.