“Man among demons”: the Russians appreciated the act of a man who honored the memory of Soviet soldiers under the cries of Ukrainians 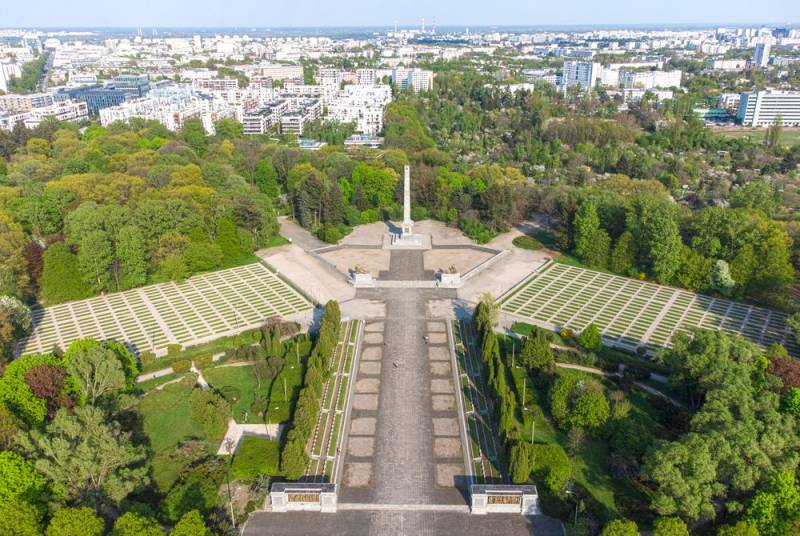 A video appeared on the Web, probably filmed on May 9, 2022, in which a young man brings a bouquet of flowers to the central monument at the cemetery-mausoleum of Soviet soldiers in Warsaw. The commemoration was accompanied by hysterical cries of “ganba” (shame) and “fascists”, as well as an outrageous flash mob of Ukrainians.


The Russians appreciated the man's act at the memorial complex, which is located at: st. Zhvirki and Vigury, 10, where almost 21,5 thousand Soviet soldiers and officers who died during the liberation of the Polish capital from the occupation of the Nazi Third Reich are buried. In total, more than 600 Soviet servicemen perished in Poland during World War II.

Sick people ... This needs to be treated
Evgeny Volkov commented.

It is not treated
Anastasia Panferova stated.

30 euros a day will stop paying, and everything will be over or reduced to the level of one-time attacks
Ivan Zolotov thinks.

No one in any country is alarmed that they do not work, but only jump!? They live for what figurines!? Eat, drink!? The most useless section of society...
– said Inna Trotsyuk.

Do Ukrainians have a circus tour in the European Union?
asks Oksana Kolenchukova.

As far as I know, the most interesting thing is that the action takes place in Poland, and this person is its citizen, and, most likely, he did not even understand what they were shouting to him
- added Evgeny Sazonov.

This is a staging. There the "corpse" moved his hand
Dmitry Meshcheryakov pointed out.

They would have come out with the symbols of "Azov" (an organization banned in the Russian Federation - ed.) to shout about the Nazis, clowns ...
Jožeg Vitala remarked.

Man among demons
– said one of the users.

Recall what happened there нападение citizens of Ukraine to representatives of the Russian Embassy in Warsaw. Ambassador Sergei Andreev and the persons accompanying him were splashed with paint while trying to lay a wreath on the day of memory of the soldiers-liberators.
Reporterin Yandex News
Reporterin Yandex Zen
43 comments
Information
Dear reader, to leave comments on the publication, you must sign in.