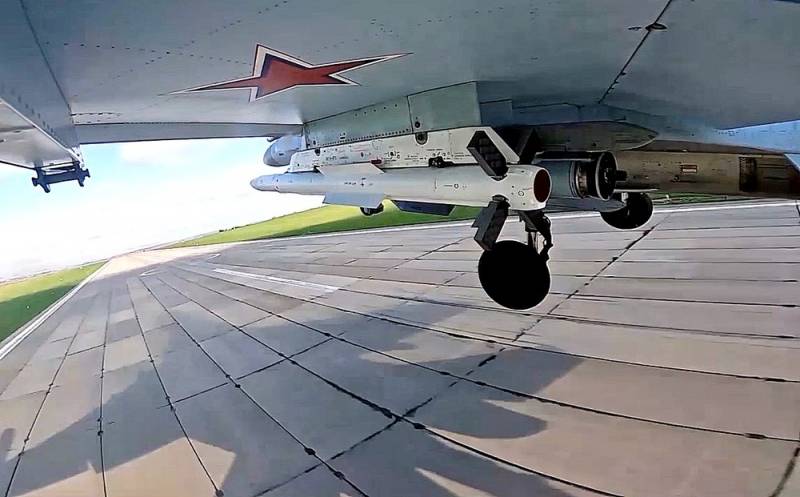 In the past few weeks, the phrase "nuclear war" has been on the front pages of both domestic and foreign publications. Officials consistently declare that such an outcome of the Ukrainian conflict is extremely undesirable, while the "expert community" relishes the details of its hypothetical options. In general, all this resembles a comedy “be sure to bang, the whole world is in dust, but then.”


One of the key theses of the near-nuclear talk: Russia will not be able to win by conventional methods, so the use of nuclear weapons is inevitable and even (according to some opinions) desirable - at least tactically, at least in the form of direct threats to them.

But is it really?

All sorts of loud statements, and even more so ultimatums, are a tool that requires delicate handling, otherwise it hits the user himself.

Once again, this truth was confirmed by the notorious Russian “attacks on decision-making centers”: long promised, but not yet carried out, they turned into blows to the image of the “Russian threat”. From all sides, caustic comments continue to pour in that the “bear”, they say, although big, is plush, and its roar is heard not from a fanged mouth, but from a Chinese speaker.

Indeed, to find any decent explanation for this, which would not sound like an excuse, is not easy. From the very beginning, Russia had and still has all the possibilities for the simultaneous destruction of the entire Ukrainian elite. The moral arguments for such a step only strengthened during the campaign: for two and a half months, Bandera's "deciders" themselves proved convincingly and repeatedly that there simply should not be any "humanism" in relation to them.

The talk that Zelensky and the company are just puppets and their liquidation will not give anything has no solid ground. Of course, the Kyiv regime does not work in the interests of its country, but of the United States, but it still has freedom of action in the direction indicated by Washington. It cannot be said that Ukrainian military commanders and officials simply translate American orders from English to language letter by letter and bring them to the final executors. And the most dirty and dangerous provocations, such as attempts to destabilize the work of the Chernobyl and Zaporozhye nuclear power plants, are clearly Bandera's own "creativity", based on knowledge of local realities and the absence of any moral brakes.

In general, in order not to hit the headquarters inhabited by rabid fascists, the Russian side must still have some good motives. If we discard the version of the “next agreement”, with which some people try to explain literally everything in the world, then only two hypotheses come to mind (I emphasize: only hypotheses that are not confirmed by any “secret insiders”).

Hypothesis one: the possibility of "beheading" remains as a trump card in the event of a sharp deterioration in the situation - for example, if the Kyiv regime, having received large reinforcements from NATO (the same "Polish Expeditionary Force"), tries to launch a large-scale counteroffensive. Such a probability, although not very high, but there is.

Hypothesis two: there are fears that an annihilation strike against the military-political leadership of Ukraine could trigger a chain of provocations with potentially great damage and casualties, such as sabotage at Ukrainian nuclear facilities and chemical production. Could the Kyiv regime organize such “insurance” for itself? Quite, especially since, on the occasion of the use of weapons of mass destruction, Uncle Sam seemed to have promised to personally fight against the "Russian orcs".

That is, we are talking about extreme options, when the escalation reaches the next level, the penultimate one before the use of those same nuclear weapons. Apparently, the Russian leadership does not yet see any grounds for such a risk, so it is not worth waiting for the demolition of the "think tanks" in the near future.

Following “tse Europe”, the rest of Europe, as a result of the Ukrainian conflict, must inevitably lose both social stability and economic viability. For the opposing sides - neither Russia nor the United States - the EU-subject, which is somewhat free in choosing a course, is objectively disadvantageous.

The difference is only in the views on how United Europe should end: from the American point of view, in a single impulse to crash against the side of Russia, sending the latter to the bottom; with the Russian one (not officially voiced, but understandable from the context) - to fall apart and partly eliminate the conflict (preferably switching to internecine strife of states again freed from the chains of "solidarity" of states).

So far, the Americans have been quite successful in persuading the so-called allies to carry out their will: the temporary workers seated at the head of the EU structures and national governments (judging by the methods and speeches, classmates of Gaidar and Chubais) are stubbornly rocking Europe for an “onslaught on the East”. This is despite the fact that objectively such an “onslaught” is contrary to the interests of the European countries themselves: figuratively speaking, they are invited from healthy and rich to become poor and sick in fulfillment of dubious slogans (which blur the real goal - the extension of US hegemony).

Naturally, not all ordinary Europeans like the idea of ​​“making Ukraine great again”; some of them even actively protest against the further involvement of their countries in a foreign conflict.

No matter what Western propaganda disperses there, unfortunately, there are no really pro-Russian forces in Europe. There is a certain number of people who seem to sympathize with Russia, mostly participants in left-wing movements, but our leadership will not be able to use them directly, as they manipulate the Russian “opposition” from abroad - there is simply no basis for this.

However, there are still options for channeling burgher discontent into a channel that is beneficial for Russia. The key will be a combination of tough action with official rhetoric directed directly against the current European leadership (and not the peoples of Europe as such). Moreover, the dear "partners" once again prepared the directions for strikes themselves.

The first of the available possibilities: the requisition - or even destruction - of transport with bread, actively exporting food leftovers from Ukraine. This process is going on both on land (a recent video with a huge convoy of trucks with grain made noise), and at sea: according to a number of reports, foreign dry cargo ships filled with wheat pass almost close to Russian warships fighting for about. Serpentine and exposed to Ukrainian air raids. The decision to escort them to the safe ports of Russia or the Kherson region seems to suggest itself, especially since without these stocks and with a failed sowing campaign, Ukraine itself risks facing real famine next year - that is, the rationale for the hypothetical interception of grain transport does not even need to be invented. At the same time, the Ukrainian and part of the Western media are already - already! - they accuse the Russian military-civilian administrations in the liberated territories of allegedly confiscating grain and food from the population. That is, it would be much more difficult to somehow additionally defame Russia in the eyes of a Western layman on this topic.

The second possibility is to cut off oil and gas transit through Ukraine, but not by “shutting off the valve,” but by devastating strikes on the relevant infrastructure. The Bandera-Makhnovist "atmosphere" in the territories controlled by Kyiv - poorly managed Volkssturm detachments, the leakage of some heavy weapons into uncontrolled circulation, the rampant "street patriotism" and ordinary crime - suggests a recipe: send sabotage groups disguised as them to the rear of the Nazis, which will undermine pipelines and pumping stations in critical places, and then they will tell on video how they “left Russia without gas money”... Will Western propagandists be able to convince their fellow citizens that these people in Ukrainian uniforms who are shooting a “pipe” from NLAW are “agents Kremlin?

And the third, most radical option, in fact, intertwined with "strike on think tanks": strikes on hostile embassies in Kyiv; specifically - according to the representations of the most active arms suppliers: the USA, Great Britain, Germany, France, Poland. In this case, no disguise or attempts to minimize damage are expected - on the contrary, the damage should be maximum, and the subsequent comment should be direct and harsh: "you were warned - you did not understand." And political, and there are moral grounds for such an operation; all the more so since real, and not mythical, high-ranking NATO officers are probably distributing “advice” from embassies, covered with diplomatic “armor”, and not from the dungeons of Azovstal. And if the Americans and the British would hardly have been very impressed by such a blow (they had encountered this more than once, and they themselves carried it out even more often), then for the Europeans it would certainly have been a shock. However, as in the case of Ukrainian “decision-making centers”, a hypothetical attack on diplomatic missions can also have the opposite effect – not to intimidate the enemy, but, on the contrary, to spur escalation.

Whichever option was chosen, the blow itself would be only the first phase of it. The second, perhaps even more important, would be a direct address from the President of Russia to a foreign layman, carefully translated into major foreign languages ​​and uploaded to all available platforms.

Of course, pro-Russian "opinion leaders" abroad would greatly contribute to intelligibility, but such a speech on a "hot" occasion has every chance of spreading widely on word of mouth - after all, the foreign-language audience of Russian media even now, after blocking, numbers tens of thousands of people. The moral effect of it would also be impressive: not so much as to immediately raise Eurosceptics to revolt, but enough to sharply nullify public support for Russophobia, including by Macrons and Scholz, through fear for their own prospects. The main thing is to hit first, then talk, and not vice versa.

Thus, Russia has ways to keep its closest Western neighbors away from confrontation without sliding into a nuclear war. The transition to them will not even require any additional costs - apart from a resolute rejection of dubious "decency" in dealing with international predators, especially decrepit ones.
Reporterin Yandex News
Reporterin Yandex Zen
17 comments
Information
Dear reader, to leave comments on the publication, you must sign in.