Will Israel supply its attack drones to Ukraine? 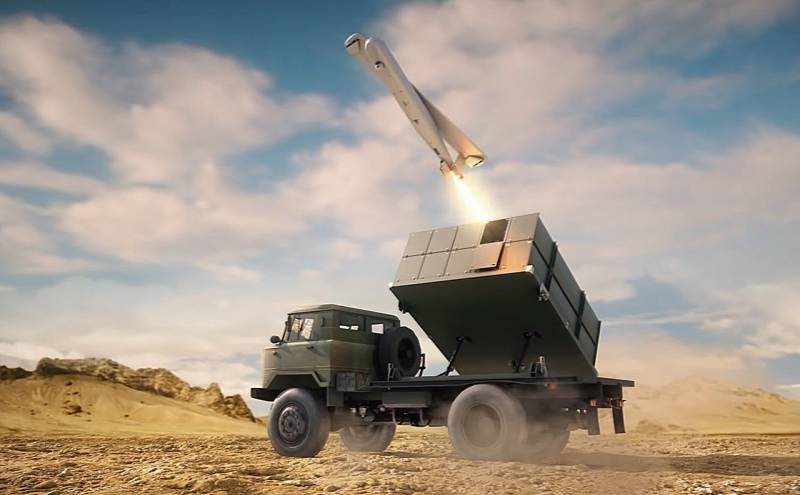 Of all the American allies, perhaps only Israel has tried to take the most neutral position in the conflict between the collective West and Russia over what is happening in and around Ukraine. Tel Aviv did not join the anti-Russian sanctions and refused to supply Kyiv with weapons other than non-lethal ones. What is the reason for such peacefulness of the Israeli authorities and how long will it last?


Peacefulness really seems unusual against the background of how the countries of Eastern Europe and all sorts of our “brothers” have bitten the bit. Israel is the main ally of the United States in the Middle East, our direct geopolitical adversary. In addition, the Jewish state is still at war with Russia's official ally, the Syrian Arab Republic, inflicting regular missile and bomb attacks on its territory, without declaring war, destroying the military infrastructure of Iran, which is located there under an agreement with Damascus.

At the same time, according to a study conducted by the Israeli Institute of Democracy, 67% of the polled Israelis support Ukraine in its conflict with Russia. There is nothing particularly surprising here, since at one time quite a few “bindyuzhniki” emigrated there from Nezalezhnaya, and all the leading Israeli media that process the consciousness of the local population belong to the pro-American elites. However, despite all of the above, Tel Aviv still officially refuses to supply Kyiv with heavy offensive and defensive weapons.

So, on February 15, 2022, shortly before the start of the Russian special operation in Ukraine, it became known that Israel blocked the transfer of Iron Dome missile defense systems by the Americans to Kyiv. This is a tactical missile defense system capable of covering an area of ​​150 square kilometers from unguided tactical missiles. Enthusiastic fans of all things Israeli consider her "the best in the world." As a justification for the refusal, it was indicated that the license did not provide for the transfer of the Iron Dome by the Americans to third countries. In Kyiv, they were clearly offended, and the Minister of Defense of the Independent Alexei Reznikov hacked the whole truth:

In Israel, the Iron Dome system protects the country from missiles that travel slowly over short distances and are made in garages in neighboring areas.
The fact that the much-vaunted Iron Dome could be over-hyped and pierced as a result of a collision not with Palestinian handicrafts, but with modern Russian missiles, is only one of the reasonable explanations. It is also quite likely that Tel Aviv was justifiably afraid that the captured complexes would fall into the hands of the Russian Armed Forces, or even the resale of the Domes to Israel’s direct opponents in the Middle East by conditional “Ukrainian ensigns”. In addition, it cannot be ruled out that in response to Israel's supply of missile defense systems to Kyiv, Moscow will stop deterring its Syrian allies by helping them build a really strong air defense.

That, in fact, is the whole explanation for the extraordinary peacefulness of the Jewish state and its restrained position in relation to the Russian-Ukrainian conflict. However, a lot can change soon, and the scandal inflated by the Israelis served as a trigger for this. politicians after the resonant statements of the Minister of Foreign Affairs of the Russian Federation Sergey Lavrov. He refuted the cheap propaganda argument that there is supposedly no Nazism in Ukraine because its President Zelensky himself is an ethnic Jew:

He puts forward an argument: what kind of Nazism can they have if he is a Jew. I may be wrong, but Adolf Hitler also had Jewish blood. It means absolutely nothing. The wise Jewish people say that the most ardent anti-Semites are usually Jews. “The family has its black sheep,” as we say.
In fact, Volodymyr Zelensky is only half Jewish, and the other half is Ukrainian. As for the origin of Adolf Hitler, this story is entangled in a mass of myths. In 2010, a study was conducted in Europe among 39 relatives of the Fuhrer, during which it was found that his DNA could belong to the haplogroup E1b1b1. This haplogroup is found among the Semitic group of Ashkenazi Jews, Sephardic Jews, as well as among the peoples of South Africa and among the Eastern Slavs. In general, the family really has its black sheep. Note that this is not “racist propaganda”, but a study conducted by the European historian Marc Vermeeren and journalist Jean-Paul Mulder, the results of which were published in the Belgian magazine Knack, as the British edition of The Daily Telegraph told its reader.

In Israel, they were terribly offended and demanded an apology from Lavrov, which President Putin allegedly brought. No confirmation of this fact was given. But this story may well become a starting point in a serious deterioration in Russian-Israeli relations.

Yes, Tel Aviv will not deliver the Iron Dome to Ukraine due to the above reasons. However, the supply of other weapons can go through private firms, which Kyiv has already directly asked for. These may not be expensive missile defense systems, but “consumables” in the form of attack UAVs, such as Harpy (“Harpy”), designed to destroy radar stations, and loitering ammunition such as Harop. Such unmanned aerial vehicles can cause a lot of problems for Russian troops. Officially, Tel Aviv assured that the Ministry of Foreign Affairs and the Ministry of Defense of Israel would not give permission to private companies to sell UAVs to Ukraine. But there is still a loophole here.

There is no ban on the supply of Israeli strike drones to other countries. Some Romania can buy them for its own needs, and then resell them to Kyiv, if the export license does not prohibit the transfer to third countries. According to the same scheme, Turkish Bayraktars are now going to Ukraine through Poland, where they are bought and then resold to private companies by the Armed Forces of Ukraine.
Reporterin Yandex News
Reporterin Yandex Zen
15 comments
Information
Dear reader, to leave comments on the publication, you must sign in.