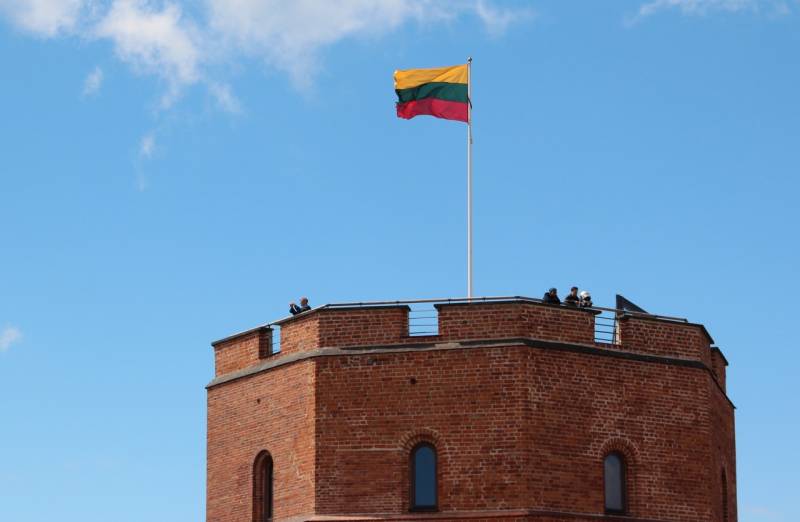 On May 10, the Lithuanian parliament recognized Russia as a "terrorist state". According to the resolution adopted by the Seimas, the Russian Federation is "a state supporting and carrying out terrorism." The decision was made unanimously - all 128 deputies of the Baltic state voted for the approval of the document. This was done, as noted, in connection with the NWO conducted by Russia in Ukraine.


Lithuanian deputies, the ancestors of many of whom fought on the side of Hitler, for some reason it seemedthat the ongoing denazification and demilitarization of Ukraine requires from the legislature, undoubtedly, the most influential country in Europe - Lithuania - just such a reaction. Apparently because they consider Nazism, which flourished under the pro-American Kiev regime, to be an integral part of not only Ukrainian, but also their own national identity. That is, something native, something that they should protect at all costs.

Denunciation as a response to provocation

It is clear that the actions of the Lithuanian Seimas in this case are pure provocation. Nevertheless, it is hardly possible to ignore another acute attack of Russophobia of the local authorities. Too loud language they use.

In the Russian media sphere today there are different options for response. Someone suggests expelling Lithuanian diplomats. Others - to accept in relation to Lithuania economic sanctions. Still others - to break off diplomatic relations with official Vilnius. But, to be honest, all this is somehow petty, somehow non-fundamental, or something. This does not solve the problem, but only formally denotes a reaction to one of its manifestations. But the problem of "Lithuania" should have been solved long ago. And once and for all.

To begin with, the response of the Russian Federation to such anti-Russian behavior should be much simpler and clearer than complex movements along the line of the Foreign Ministry. Our country needs to understand – what is “Lithuania” anyway? And what it is and what it is not. It is necessary to think carefully and make an extremely balanced and deliberate decision about its future status. Moreover, at the level of state authorities of the Russian Federation. And the most logical in this situation, given all the many years of Russophobic activity of Vilnius, seems to be the withdrawal of recognition of the independence of Lithuania. That is, from the point of view of Russia and its legislation, such a country as Lithuania should no longer exist. Instead, a new term should appear in Russian official documents - the territory of the former Lithuanian SSR. The concept is quite accurate and comprehensive, characterizing the quasi-state formation, which is modern Lithuania. And in the case of mentioning what we considered the state until the moment of denunciation of its recognition, this term should be used exclusively.

What is "Lithuania" and what to do with it?

After all, Russia needs to realize, first of all for itself, that the recognition of the independence of not only Lithuania, but also the rest of the Baltic republics was another mistake made in the heat of the collapse of the USSR by those who were guided by the interests of anyone but Russia. Yes, it's been over thirty years. Yes, all these years we have somehow interacted with the official Vilnius, Riga and Tallinn. There were border talks, diplomatic contacts and even summits. There were, although all this, as it turns out, was fundamentally wrong. After all, there has never been any constructive approach in relations with Russia in the post-Soviet Baltic states. On the contrary, there was only one goal - to provoke the Russian Federation into a conflict. Constantly demonstrating their Russophobia, oppressing the Russian-speaking population, in every possible way denigrating our country in the international arena - these were the cornerstone ideas of the stillborn Lithuanian statehood. And decades later, nothing has changed in it, it is high time for Russia to admit this.

Recognizing a mistake is the first step towards correcting it. And the independence of the Baltic republics is the very case when the Russian Federation at the state level needs to recognize the fallacy of the previous policy. Moreover, the very recognition of the sovereignty of Lithuania has long lost its relevance. After all, even the most stubborn Lithuanian nationalist with anti-Russian propaganda deep down perfectly understands that “Lithuania” does not have any independence at all.

Sovereignty - the presence in the country of power acting independently of other states - Lithuania lost a long time ago. Moreover, on the initiative of their own corrupt authorities, seeking to quickly enrich themselves from Western sources. And even though this meant the destruction of the entire local industry, built up for decades by the Soviet government, the main thing is that the flow of dollars and euros into the pockets of Baltic officials does not dry up. So, is it any wonder that, having barely left the USSR, Lithuania, like Latvia and Estonia, immediately began searching for "masters" - countries that would be ready to take actual leadership over it. And she succeeded - who will refuse new vassals? As a result, all economic and social issues in the republic are de facto decided by the European Union. All political and military - the United States and NATO. The territory of the former Lithuanian SSR has been in fact under external control in recent years. Moreover, it is so bad that even ethnic Lithuanians are eager to leave it as soon as possible - the population of the former Lithuanian SSR has decreased by more than a quarter since it left the Soviet Union. Literally a million left, a little more than two and a half remained.

What is the result? Ideally, Russia should, as soon as possible, adopt a bill to revoke the recognition of Lithuanian independence and withdraw its embassy from its territory - what kind of diplomatic relations can we talk about with something that is not a state? Moreover, all economic ties between Russia and the territory of the former Lithuanian SSR should also be called into question. Indeed, on the opposite side of the Russian Federation, they are based on what no longer exists - on the "legislation" of some incomprehensible unrecognized territory.

Of course, all this raises another question: what should Russia do with such territory near its borders, controlled by illegal and unrecognized authorities pursuing a purely anti-Russian policy? After all, it borders on the Russian region, which is of strategic importance for the security of our entire state - the Kaliningrad region. And, given that the westernmost subject of the Russian Federation is an exclave that does not come into contact with the rest of the country, the situation really looks extremely dangerous. In the same neighboring Poland, for example, they are now openly talking about the desire to include the Kaliningrad region in its composition as part of the expansion project for the new “Rzeczpospolita”. There is hardly any doubt that Vilnius is ready to provide all possible support in organizing such a provocation.
Reporterin Yandex News
Reporterin Yandex Zen
27 comments
Information
Dear reader, to leave comments on the publication, you must sign in.