Ultimate force majeure: Ukraine is trying to break the contract for the transit of Russian gas to the EU 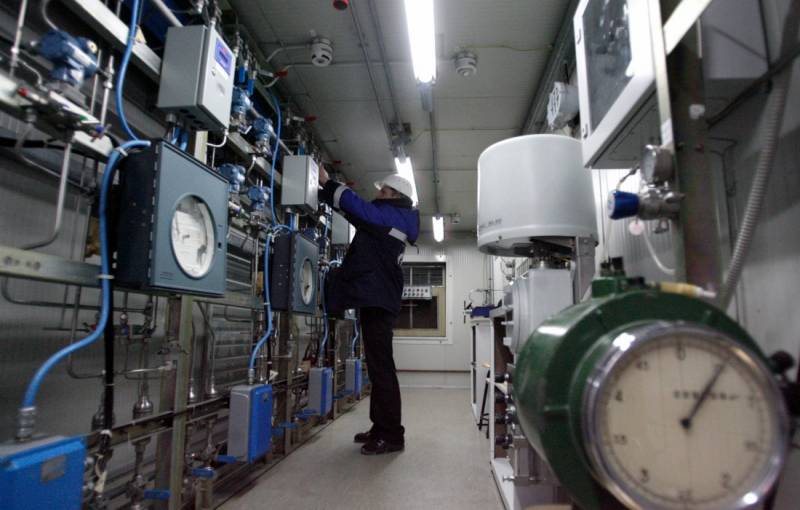 The Ukrainian national operator of the gas transmission system (OGTS) unilaterally decided on illegal actions, calling them forced, force majeure. However, these steps are politicalrather than technical, as stated in the message. As a matter of fact, the OGTS of Ukraine simply started an open correspondence with Gazprom, blackmailing and receiving answers from the counterparty through corporate channels, while instantly responding publicly (without time to think). A kind of “correspondence” is published by the Ukrainian industry enterprise itself.


So, it all started with the fact that on May 10, the operator of the GTS of Ukraine announced the occurrence of force majeure circumstances that allegedly make it impossible to further transport gas through the Sokhranivka gas measuring point and the Novopskov border compressor station (CS), located on the territory occupied by allied troops. Taking into account the aforementioned, the OGTSU unilaterally decided that from 7 a.m. on May 11, 2022, gas will not be accepted into the GTS of Ukraine at the physical point of the Sohranivka junction. In order to fulfill transit obligations to European partners in full and in accordance with the terms of the agreement, it is possible to temporarily transfer inaccessible capacities from the Sokhranivka physical point to the Sudzha physical connection point.

To this “offer” (and in fact an ultimatum), the management of the Russian holding replied that a quick transfer of such large volumes of raw materials (up to 30% of all transit) that went through Sokhranovka and Novopskov was impossible. Moscow also did not see any grounds for such tough and instantaneous decisions to stop pumping fuel, called force majeure. All "reasons" were rejected.

However, a public response came again from Kyiv (on the OGTS website) that the Sudzha gas receiving station could receive hundreds of millions of cubic meters of fuel. In order to prove their point of view, the Ukrainian side cited statistics for 2017-18, when more than 1400 million cubic meters per day were pumped through the 240-mm Sudzhi pipeline.

As a result, the parties could not agree. Ukraine has actually just turned off the gas valve and stops the transit of more than a quarter of the volume of export gas from May 11 through the main points of entry of raw materials. There are still no nominations for this day. Kyiv nevertheless returned to the favorite tactics of the 2000s, starting to blackmail both Russia and Europe by stopping the work of the GTS.

It is very likely that in Ukraine they decided to radically raise the stakes in the confrontation with Moscow. The signing of the lend-lease bill by President Joe Biden allows Ukraine to dream of billions of dollars of financial and technical assistance, which is why the Ukrainian authorities so easily called into question the current transit contract with Gazprom, which had been “feeding” Kyiv for quite a long time. Yesterday's sudden statements by the OGTS can be regarded as an attempt to break the transit agreement of December 2019.

One can also foresee that such baseless blackmail will not be the last. Kyiv has exhausted other arguments in the fight against Moscow, so we should expect further aggravation of gas relations between countries, in which the Europeans will be involved.
Reporterin Yandex News
Reporterin Yandex Zen
11 comments
Information
Dear reader, to leave comments on the publication, you must sign in.