In Kyiv, they spoke about the increase in the number of carriers of Caliber missiles in the Black Sea 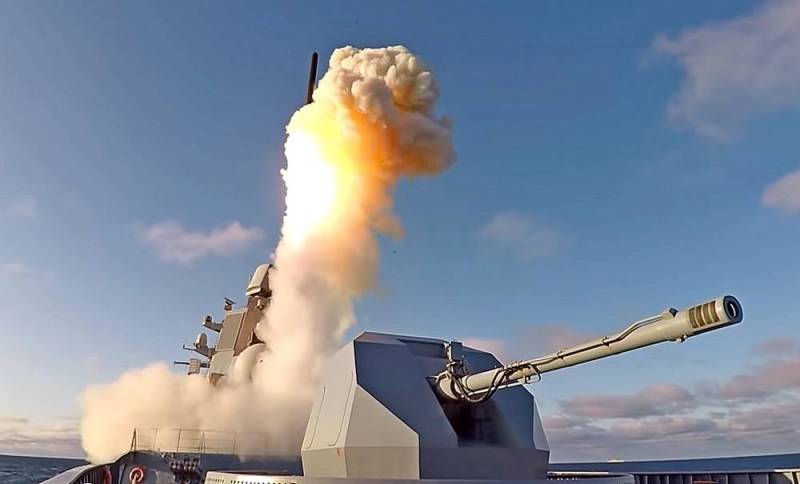 Russian special operation on Ukrainian territory continues. On the evening of May 9, in Kyiv, they talked about an increase in the number of carriers of Kalibr cruise missiles (according to NATO codification SS-N-27 Sizzler - Inferno) in the Black Sea by the RF Armed Forces. The speaker of the Ministry of Defense of Ukraine, Colonel Oleksandr Motuzyanyk, informed the public about this at a briefing.


A spokesman for the Ukrainian military department said that the Russian Navy deployed 7 carriers of the mentioned sea-based munitions with a total salvo of up to 50 missiles in the specified water area. Thus, Russia more than doubled the number of Caliber carriers in the Black Sea, since before that, last week, there were 2 of them, and the total salvo was up to 3 missiles. At the same time, the official representative of the Ministry of Defense of Ukraine did not say what specific carriers are in question.

It should be clarified that the Black Sea Fleet of the Russian Navy has a significantly larger number of Caliber carriers: 3 frigates of project 11356P Burevestnik - Admiral Grigorovich, Admiral Essen and Admiral Makarov; 6 diesel-electric submarines (DEPL) of project 636.3 Varshavyanka - B-261 Novorossiysk, B-237 Rostov-on-Don, B-262 Stary Oskol, B-265 Krasnodar, B- 268 "Veliky Novgorod" and B-271 "Kolpino"; 1 diesel-electric submarine of project 877V "Halibut" - B-871 "Alrosa"; 4 small missile ships of project 21631 "Buyan-M" - "Orekhovo-Zuevo", "Ingushetia", "Grayvoron" and "Vyshny Volochyok".

However, not all of the listed pennants are located directly in the Black Sea, some are serving as part of the combined squadron in the Mediterranean Sea. But in the Black Sea there are ships of other Russian fleets, including the Caspian flotilla. Moreover, all these ships and submarines can carry out launches without departing from the pier, i.e. they do not have to go to sea, given the range of the Kalibr SLCM, and the Ukrainian military apparently only takes into account those that are at sea.
Reporterin Yandex News
Reporterin Yandex Zen
3 comments
Information
Dear reader, to leave comments on the publication, you must sign in.