Ukrainian fighters: “We are sent with shovels to fight against artillery” 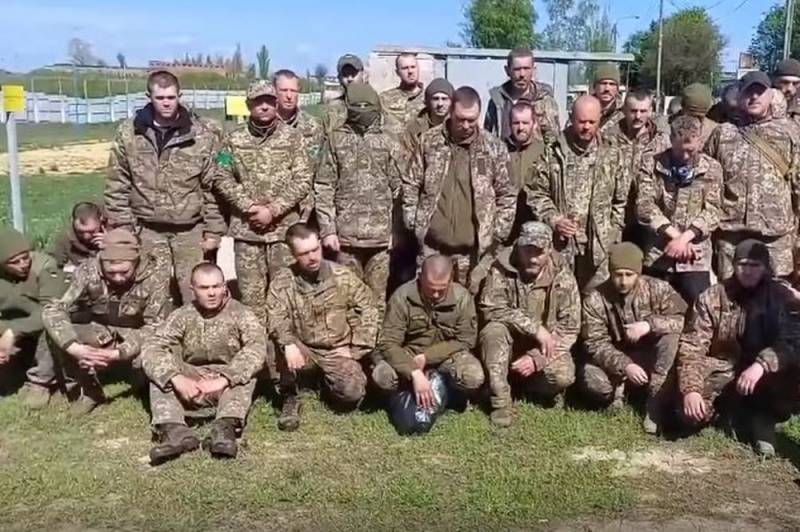 Increasingly, frames began to appear on the Web in which entire units of the Armed Forces of Ukraine openly express dissatisfaction with the Ukrainian command. The fighters introduce themselves from which military unit they are from and describe in detail what is happening.


In the first video, journalist Anton Shulga speaks on behalf of the soldiers of the battalion of the Transcarpathian Separate Terodefense Brigade of the Armed Forces of Ukraine (A7125), where he serves. Behind him is a platoon of armed fighters. He clarified that on April 26 they received an order to move from the city of Beregovo (Transcarpathian region) to the combat zone in the Donbass, without specifying the final destination. On May 6, the command of the 24th brigade of the Armed Forces of Ukraine gave a verbal order to take certain positions in the Luhansk region. The combat order was also not documented.

Our unit was preparing to perform territorial defense tasks, such as guarding facilities or working at checkpoints. The unit did not undergo training for operations in the combat zone. Our armament consists of machine guns, machine guns and shovels, with which we must dig in in an area less than a kilometer behind the combat brigade under mortar and artillery fire. The purpose of our presence here is not told to us, the combat mission is not assigned. We do not see any practical benefit from the presence of our unit, other than being human targets to detect enemy mortar or artillery positions. A significant part of the fighters have health problems, since the medical examination in Beregovo was formal. Also in the unit there are fighters with three or more children, children with disabilities, which was not a reason for the military registration and enlistment office to refuse mobilization
- he said.


In the second video, soldiers of the 3rd company of the military unit A7085 (1st Vinnitsa rifle battalion of the Armed Forces of Ukraine) report that on May 3 they left the encirclement and out of 110 personnel only those shown in the footage remained (there are two units in the footage, but the second were not named). The speaking fighter said that they were brought to the sector on April 26, allegedly to the 3rd line of defense, but it turned out that to the 1st, i.e. advanced.

Against Grads, mortars, aviation, tanks, armored personnel carriers. Show what we fought
- he said to other fighters, who raised their machine guns to the top.

He clarified that the fighters have 1-2 grenades each. After that, the indignant servicemen begin to show torn body armor with protruding armor plates.

We were brought to the sector and left without artillery support. We were covered with mortars, grenade launchers and everything else, Grads, Tornadoes. We went out in small groups. Carried out 200s, 300s
- he added.


The third video shows a platoon of paratroopers from the 2nd Battalion of the 79th Air Assault. They complained that their commanders placed them near Yampol in the Donetsk region.

We didn’t even have time to shove the bayonet (dig in – ed.), as we were defeated. We sat there for 5-6 days, the commanders abandoned us. Now they consider us deserters, because we survived, and there are still a lot of corpses there. We appeal to the volunteers who help us and to the officers who left us. We were beaten by aviation - there was no air defense. There was no help, we were stupidly thrown into the meat. Then we went out and asked the elder what was going on. He explained that the commander of the DShV gave the command to go to hand-to-hand combat on the tanks. Therefore, we want to know why they want to judge us as having abandoned positions. We took the fight with machine guns against armor and decided to survive
the fighter explained.