In the confrontation for the Pacific Ocean, time is playing for China 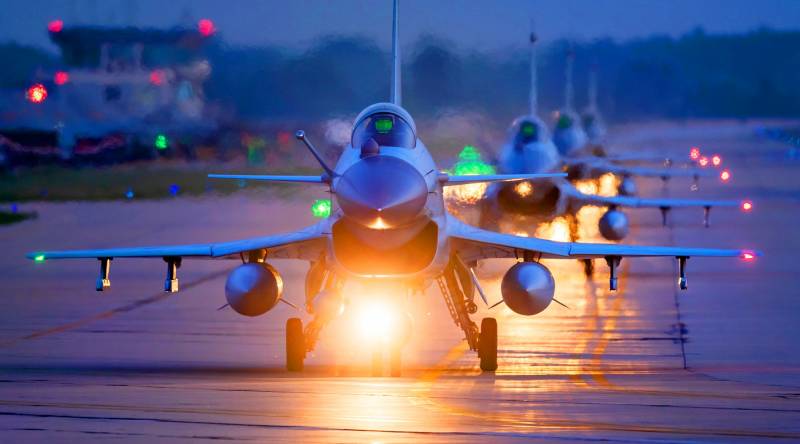 The idea that China, taking advantage of the world's confusion, will want to put an end to the issue of its sovereignty over Taiwan, has been promoted by the Western press for a long time. In fact, from the memorable events of August last year in Afghanistan. In reality, of course, absolutely nothing happens that could be interpreted in this way.


The Chinese government and military are showing no real signs of starting to retake Taiwan by force in the foreseeable future. Yes, loud statements are regularly made. Air and sea exercises are organized. But all this has happened before - any specialist who is at least somewhat familiar with the Asian agenda will tell you about this.

Obviously, time is playing against China and against the States. In five years, the "Middle Empire" will be better prepared than it is now, and in 10 years even more so. It is enough to compare China ten years ago and now.

This “redistribution of forces” can be clearly observed - while high-speed train lines are multiplying in the Celestial Empire, the notorious “rusty belt” is expanding in the United States.

America's power so far rests on a certain technological, financial and military superiority accumulated in previous decades, as well as the financial sector.

And of course, the reputation of the notorious "city on a hill", which every year is less and less true to reality, but still relevant.

However, if current trends continue, it is only a matter of time before “quantity” turns into “quality” for China.

This is a fundamental contradiction that cannot be resolved in any way except for a direct military confrontation. There is simply not enough time for the Cold War in the previous edition. And yes - the current United States is capable of losing such a "cold war" on its own, this is obvious to the whole world after Afghanistan.

And Taiwan here, of course, is only an excuse for a direct clash with China, and not a reason. The reason is that the world's resources will be enough for a comfortable life of only one of the superpowers and civilizations.

If Taiwan isn't the trigger for a U.S.-China clash—assuming the unthinkable that an island decides to peacefully reunite with the continent—then another will be found. For example, shipping in the South China Sea and sovereignty over its islands. There are also irreconcilable contradictions. However, there is practically no doubt that martial arts will take place precisely in the form of a “hot” war.

Geography and its conventions

Slowly and patiently, the Celestial Empire is building its third aircraft carrier, which has the strange name “Type 003” in the Western media and differs from the previous two by the presence of catapults for launching carrier-based aircraft, and not springboards, as before. This is a fundamentally different concept and it also takes time to fully master it. Also, Chinese carrier-based aviation is just being formed, and the Americans already have hundreds of pilots, with no, but combat experience. 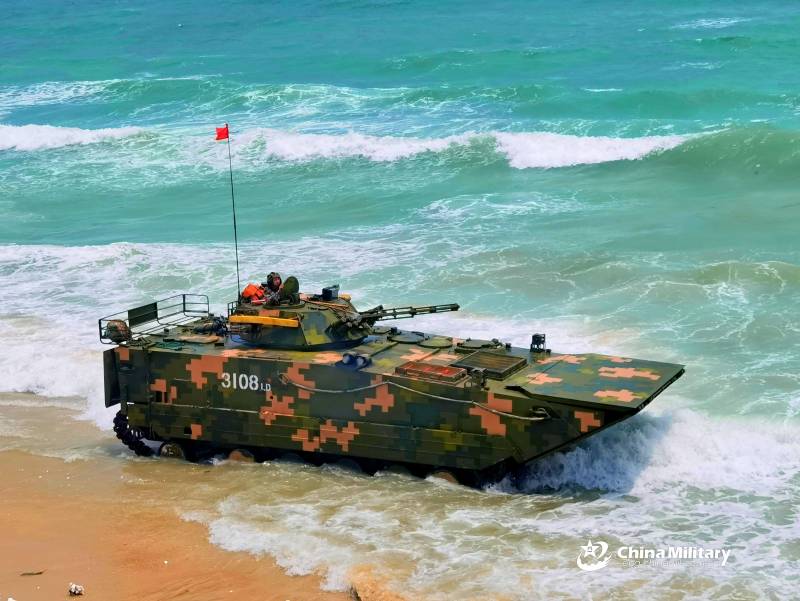 It should be noted here that China's aircraft carriers are not needed at all to take over Taiwan - the capabilities of Chinese coastal aviation are more than enough. However, aircraft carriers are indispensable for the silent blockade of the island from the Pacific Ocean. Namely, from there, most likely, military assistance to the island will come - from the United States and its satellites. This is exactly what is happening overland in the Ukrainian direction.

At the same time, the Chinese have absolutely no need to repeat the path of the Japanese empire of the 1940s, which, in order to lock the Americans on its continent, got involved in an all-out and unpromising war for the entire Pacific Ocean - with well-known consequences. Today's Technology allow Beijing to crush the enemy directly from its own shores - in a matter of minutes.

And we are talking not only about US aircraft carrier strike groups deployed somewhere in the Philippine world, or about bases in Guam and the Northern Mariana Islands, but also about targets located in Hawaii, California, Alaska, Oregon and the Pacific state of Washington.

The Panama Canal, through which the United States Navy can transfer its ships from the Atlantic, is also under threat. In the summer of 1945, the Japanese were also preparing to attack its facilities, but did not have time to implement them. It is obvious that today's China - if necessary, will be able to get these gateways much faster.

Nevertheless, having every opportunity to close the Taiwan "case" at the moment, Beijing is in no hurry to do so. Why? There may be several answers here.

In addition to the island of Taiwan itself and the adjacent archipelagos, Taipei also owns the Pratas Atoll (which is located about 400 km from the metropolis), as well as the Taiping Islands (almost one and a half thousand kilometers from Taiwan proper) and Zhongzhou Reef, which are part of the Spratly archipelago.

In other words, geography runs the risk of almost immediately turning a local war into a regional one, with at least the indirect participation of several Southeast Asian countries at once, which also own islands in the South China Sea and do not want to strengthen the presence of the PRC.

And then everything will be envy on which path of intervention the United States will choose. The Taiwan Relations Act, passed by Congress in 1979, contains extremely vague language in this regard, which can be interpreted in two ways. From the immediate dispatch of US troops to a potential conflict zone to expressing best wishes to Taipei.

Even ten years ago, the answer to this question seemed vague, and Taipei could not be completely sure that it would not be surrendered. The idea of ​​some kind of cooperation between the United States and China under the conditional name G2 was in the air, where the leading role still remained with Washington. However, this idea did not acquire a real semantic content. Even in those prosperous times, the parties could not agree on key issues.

What is at stake?

If the PRC government takes Taiwan under its control (peacefully or not), this fact will create an immediate threat to Japan, the Philippines, Guam, but it will definitely put all merchant shipping in the region under the strict control of the Celestial Empire. 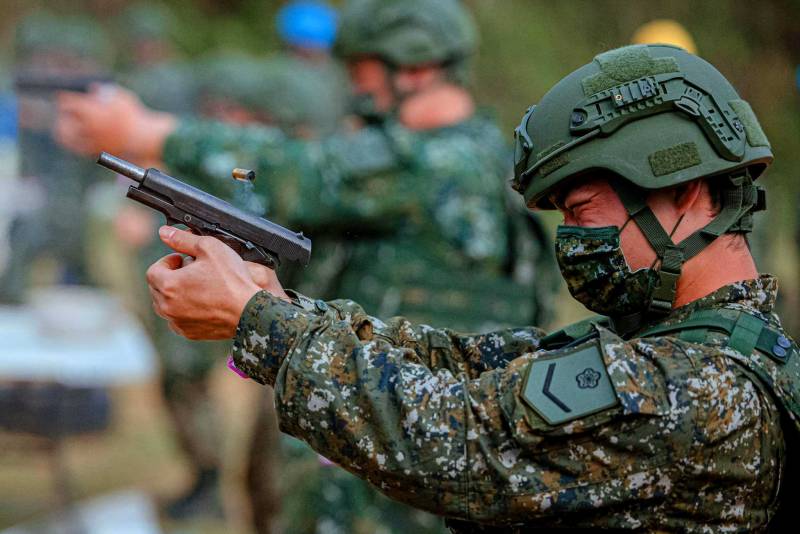 In addition, Beijing's military victory over Taipei could spark a rise in irredentism, at least among some of Southeast Asia's overseas Chinese, the huaqiao, who now face discrimination of some sort in many countries in the region.

Also, Taiwan was and remains the largest center of microelectronics, the level of which is still unattainable in Mainland China. For example, the island has quite successfully mastered the creation of 3 nm chips, while its continental neighbors have mastered only 8 nm - as of 2020. Attempts to outbid and transport individual specialists and even entire teams from the island to the continent were severely suppressed by Taiwan at the legislative level.

It must be understood that the Taiwan issue for Washington also has an ideological connotation. Since the 1950s, the island has been viewed as a stronghold of the "free world" against the shores of "communist totalitarianism". Even though the "showcase of capitalism" for the mainland Chinese, who plowed for "a cup of rice a day", in reality was not Taiwan, but Hong Kong and, in part, Macau with their skyscrapers, neon lights, traffic, shopping centers and supermarkets .

In the XNUMXs, Taiwan was democratized, although the process of removing authoritarianism from power was much more peaceful here than in South Korea or the Philippines, where popular unrest took place that overthrew the ruling dictatorships. However, the essence was about the same. The rising middle class and city dwellers demanded rights in accordance with their new status.

Obviously, the intellectuals and the ruling circles of the United States expected that a similar process would take place in the PRC, either in a revolutionary (Tiananmen, 1989) or evolutionary way, as the Chinese were introduced to the benefits of the information society. However, the Chinese middle class, which saw a phenomenal leap in living standards before the eyes of less than one generation, turned out to be the biggest support of power and was in no hurry to live according to other people's manuals.

Therefore, for the American elite, from neocons to liberals, China is also a "traitor to the cause of democracy." Which in itself causes them hatred and poorly restrained hysteria.

Even without taking into account the above, the stakes in the Pacific are high. As well as the chances of US intervention in a possible conflict in the Taiwan Strait. Therefore, China will continue to play for time and prepare. If they let him, of course.
Reporterin Yandex News
Reporterin Yandex Zen
4 comments
Information
Dear reader, to leave comments on the publication, you must sign in.