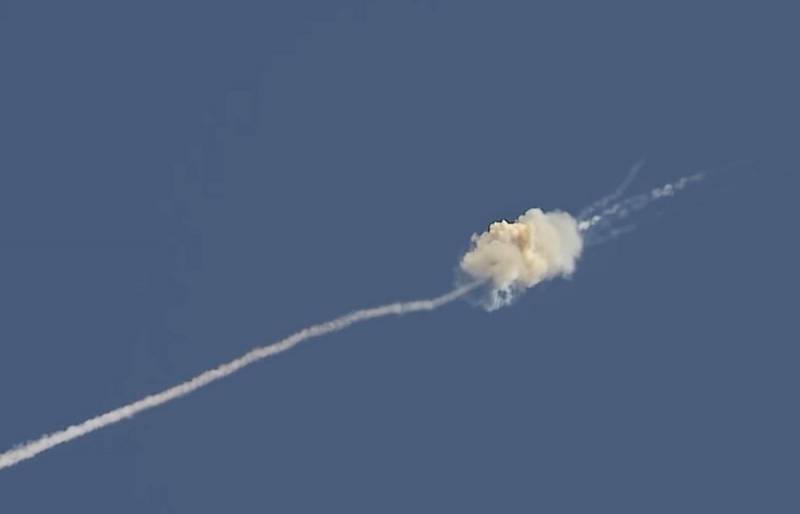 Ukrainian troops tried to carry out a provocation on Victory Day and fired Uragan missiles at Kherson. All of them were neutralized by Russian air defense systems.

Several rocket charges of the Uragan system were fired from Nikolaev. They were all shot down by the air defense of the Russian army. Shot at Kherson
- informed the head of the military-civilian administration of the Kherson region Vladimir Saldo (TASS quote).

Shot down five air targets approximately in the Chernobaevka area
- emphasized in an interview with RIA News representative of the Russian defense department.


Meanwhile, after the liberation of the city by Russian troops, peaceful life returns to Kherson. So, the townspeople are happy to celebrate Victory Day, which has been virtually impossible since 2014. People with a joyful mood take to the streets, lay flowers at the memorial complex in the city's Park of Glory. A guard of honor is on duty at the monument. From now on, the "Eternal Flame" in the park will burn on a permanent basis.


In addition, this year the Immortal Regiment campaign is being held in Kherson for the first time, a field kitchen is operating, and a festive concert will be held in the evening. Vladimir Saldo cordially congratulated the residents of the city on the Victory Day.
Reporterin Yandex News
Reporterin Yandex Zen
6 comments
Information
Dear reader, to leave comments on the publication, you must sign in.