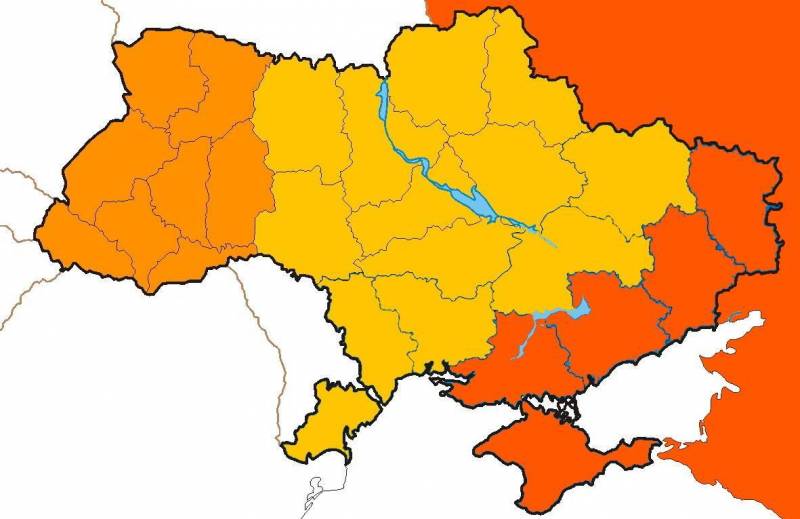 We continue the theme raised in article about the beginning of the actual integration of the Sea of ​​\uXNUMXb\uXNUMXbAzov and the People's Republics of Donbass into the Russian Federation. How can this be done de jure?


Unfortunately, not everyone understands the seriousness of this issue. People think, since Crimea is OUR, then all other countries with their position can go through the woods. How important the legal side is is evidenced by the fact that the key demands of Moscow in negotiations with Kyiv are the recognition of Crimea and Sevastopol as Russian, and the DNR and LNR as independent states. President Zelensky, at the behest of his Western curators, flatly refuses to "trade territories", so the war for Ukraine will continue only until the victory of one of the parties and the surrender of the other.

Meanwhile, one must live here and now, and with the status of those already liberated from the power of the criminal Kyiv regime, something needs to be decided. As we discussed earlier, the Kherson and southern Zaporozhye regions of Ukraine have already broken away from it and are actually beginning to join the Russian Federation. But not yet legally. Everything is simpler with the DNR and LNR: referendums on self-determination were held there in 2014, over the past 8 years there has been an interface with the Russian legal and economic systems, and on February 21, 2022, the republics were officially recognized by the Kremlin. To reunite with the Russian Federation, it will be quite enough for Donetsk and Lugansk to sign the relevant agreements, as the Republic of Crimea and Sevastopol did earlier.

With the Sea of ​​\uXNUMXb\uXNUMXbAzov it is more difficult. Without a referendum, it is simply unthinkable to take and attach to the Russian Federation a part of sovereign Ukraine. The territory of the Zaporozhye region has not been completely liberated, and the Kherson region is under periodic attacks by the Armed Forces of Ukraine, so the people's will will have to wait. When the situation is favorable, through a plebiscite, it is possible to create KhNR and ZNR and join them either to the Russian Federation or to the future Novorossiysk Union of the DNR and LNR. In general, various options are possible.

However, the issue of the status of Donbass, the Sea of ​​Azov and other former Ukrainian territories raises issues of a higher order. For example, what will you order to do with Transnistria when Russian troops enter the Odessa region? Just recognize the PMR? Then Russia will quarrel with Moldova, as earlier with Georgia because of Abkhazia and South Ossetia. Join Transnistria to the Russian Federation or New Russia? Then Moldova will definitely unite with Romania and become a member of NATO, and we will get another point of tension on the western border.

By the way, about the former Georgian territories. South Ossetia intends to hold a referendum on the issue of joining Russia, but Abkhazia does not want to do this. This is despite the fact that this tiny republic is completely unviable on its own and is totally dependent on Russian funding and military protection. The Abkhaz brothers settled down well, you can’t say anything.

And this is only the problem of future territories in the narrow sense. But it also exists in a broader sense. We must be aware that after the completion of the NMD in Ukraine, if we manage to take control of absolutely all of it, without a single piece under the rule of the Nazi regime somewhere in Galicia, the confrontation between Russia and the West will move into the Cold War-2 area. They will try to strangle our country economically, isolating it as much as possible and cutting it out of world trade. To survive, Russia will have to build its own, alternative financial and economic system. We will simply have to follow the path of autarky, and this will require expansion into new markets. For complete self-sufficiency of the domestic industry, it will be necessary to have a domestic market with a capacity of about 500 million wealthy consumers.

There is not so much either in Russia, or in Belarus, or in Ukraine taken together, which means that our further expansion in the post-Soviet space is objectively predetermined. It is obvious that the local elites will not be delighted, and you cannot drag everyone into the Union State. Therefore, Russia in its new foreign policy We also need new tools.

How is it in the West

Domestic liberals are very fond of appealing to the experience of the United States as a kind of "city on a hill" that needs to be imitated. Well, let's see how the Americans built their empire.

Everyone knows that the USA consists of 50 states, but not everyone is aware that, in addition to them, the "hegemon" owns a bunch of so-called "territories" (Territories of the United States). Article 4 of the American Constitution states:

The Congress shall have the right to act as it sees fit with the territories and other lands belonging to the United States, and to make necessary rules and regulations therein. At the same time, the territories themselves do not have representation at the federal level.
US territories can be either incorporated or unincorporated. The former are part of the United States and cannot leave them, the Constitution is in full force there, and local residents are endowed with American citizenship. The latter are not part of the United States, but are their possession, the operation of the Basic Law in such territories is limited. Organized and unorganized territories are also distinguished: where the US Congress has organized a local government, or which are under direct US control, respectively.

Also, in a separate large article, one could write about the Overseas Territories of Great Britain and France. It is clear that all these are remnants of the colonial system, but it is quite flexible and allows Washington, London and Paris to hold and manage their numerous possessions, preventing a “parade of sovereignties”.

So the question is, why shouldn't Russia, which itself is a former empire, start applying the experience of our "Western partners"? Why must there be a choice: say, Kherson is either ours with its inclusion in the Russian Federation, or not ours? After all, intermediate options are also possible, as we have shown above.

So, in 2020, an interesting law “On Federal Territories” was adopted in Russia, which determined the legal status of new administrative-territorial units. Article 67, paragraph 1 of the Constitution of the Russian Federation states the following:

Such a differentiated approach would be most appropriate with the gradually liberated territories of Ukraine, where the degree of loyalty and disloyalty of the local population to Russia varies greatly depending on the region. In the future, this experience with variations can be applied in the process of reintegration in the post-Soviet space, from which we will not go anywhere. This will have to be done.
Reporterin Yandex News
Reporterin Yandex Zen
45 comments
Information
Dear reader, to leave comments on the publication, you must sign in.