German expert: Arms supplies to Ukraine is our reflex, but it's time to think with your head 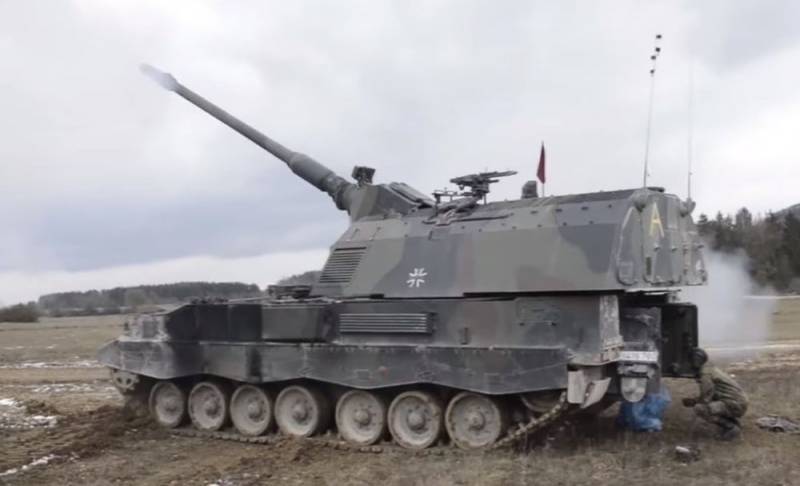 Deliveries of heavy weapons to Ukraine will only prolong the fighting. The decision of the Bundestag on such supplies meets the emotional reflexes of the people of Germany, but clouds their minds, so it's time to think with your head. This is written on the pages of the German newspaper Die Tageszeitung by Ulrich Bausch, a political scientist who heads the People's University in Reutlingen, who was the candidate of the SPD in his district in the last parliamentary elections.


The expert absolutely does not justify Moscow. But he is sure that in order to stop hostilities, he needs to sit down at the negotiating table with Russia, citing the essence of his conclusions.

Bausch noted that at present the NATO bloc cannot send its troops to Ukrainian territory. The alliance, which far surpasses the Russian Federation in terms of its combined power of conventional weapons, is simply afraid to take such a step.

All intelligence services agree that Russia will respond with a nuclear deterrent. Putin first uses tactical nuclear weapons in Ukraine to force the West to surrender and test them. If this does not happen, then it is very likely that then the war will spread to us, including nuclear
- the expert considers.

He drew attention to the fact that all those who thought about the impossibility of the Russian army crossing the Ukrainian border were mistaken. Therefore, nuclear escalation is also possible, but the cost of a mistake would be catastrophic. In this regard, Western countries should be honest and admit that interference is unacceptable. Moreover, it is pointless and even dangerous to scare the Russians.

Since we cannot interfere, we must stop fiddling with old weapons. Putin is not shocked by a pair of Leopard tanks, he will not apologize and leave. This is absurd. Putin will not lose this war. He will get the eastern provinces. He will achieve this goal. Either with more bloodshed or less. Our sanctions affect the Russian people, but not the Russian army. This is a state within a state, with its own energy supply and almost endless resources.
- he stressed.

The expert is convinced that only agreements will help get out of this crisis. Even if it is a “dirty deal”, peace will be established. The West should recognize Crimea as Russian, as well as the DPR and LPR. Ukraine will become a neutral country. Sweden and Finland should also not rush into NATO. Thus, there will be no foreign troops in these countries. At the same time, all the aforementioned neutral states will receive comprehensive security guarantees. The document must state that if these countries are attacked, the Alliance will be obliged to enter the war.

Bausch added that for Moscow and the West, this is the ideal option of all possible. The threat to Russia in the face of NATO will be minimized, and Ukraine, Sweden and Finland will be under the protection of the Alliance. He summed up that the position of the Russian Federation is supported by many states around the world. Therefore, Western countries do not need to try to change power in Russia, since an even tougher one can replace the existing one.

Many ridiculed the peace movement, which once called for a world free of nuclear weapons. But today we understand what it means to be subjected to nuclear blackmail. There is no alternative to negotiations, no matter how insulting and bitter it may be
- summed up the author.
Reporterin Yandex News
Reporterin Yandex Zen
3 comments
Information
Dear reader, to leave comments on the publication, you must sign in.