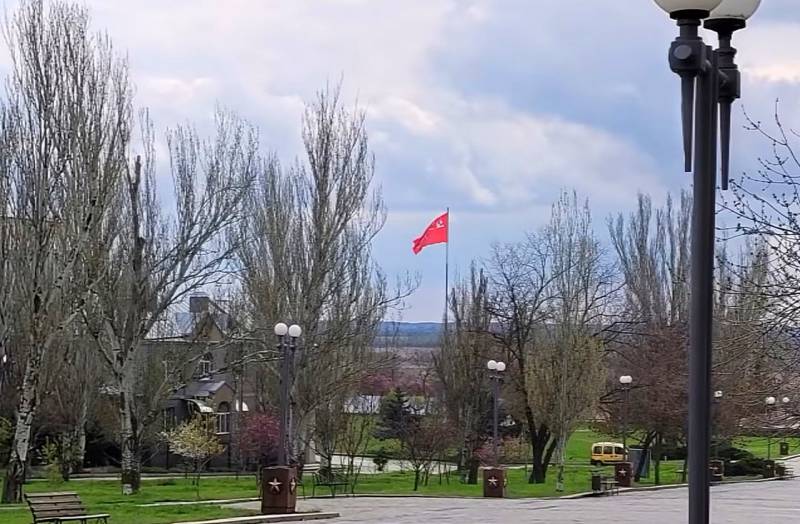 Perhaps the main problem of the ongoing Russian military special operation in Ukraine today is the lack of understanding of what kind of fate is prepared for the territories liberated from the power of the Kyiv regime. The lack of clear and unambiguous information breeds doubt and fear on both sides of the front line, and something needs to be done about it. Today, the Kremlin has a great opportunity, using the example of Donbass and the Sea of ​​Azov, to show adequate Ukrainians that Russia is “not so terrible” as it is now painted.

All the troubles that have befallen the Donbass over the past 8 years are a direct consequence of the erroneous decision to return Crimea and Sevastopol to the Russian Federation in 2014, leaving the rest of Ukraine under the rule of a pro-Western puppet regime. No one was going to recognize the proclaimed DPR and LPR, since until the last moment the Kremlin hoped to agree on their return to the Independent on “special conditions” within the framework of the Minsk agreements. Therefore, no one really dealt with the Republics, all too independent field commanders died for one reason or another, and the People's Militia, to put it mildly, does not reach the full-fledged Armed Forces. However, somehow people live in conditions economic a blockade from Ukraine was necessary, because the DPR and LPR moved into the ruble zone, creeping economic integration with the Russian Federation began, local residents began to receive Russian passports en masse.

On February 21, 2022, the Kremlin finally recognized the independence of the DPR and LPR, and on February 24, it launched a special military operation to denazify and demilitarize Ukraine, the main goal of which was to protect the inhabitants of Donbass from years of bullying by the Kyiv regime. There are heavy stubborn battles for the liberation of the territory of the People's Republics, which may last for more than one month, since over the past 8 years the Armed Forces of Ukraine have built a powerful echeloned defense in the Donetsk and Lugansk agglomerations.

Meanwhile, a representative delegation from Moscow arrived in the Donbass, led by First Deputy Head of the Russian Presidential Administration Sergei Kiriyenko, who shortly before this stated verbatim the following:

Historical truth is the main weapon in the fight against Nazism. The Soviet Union has already fulfilled this historic mission of our people, we have already ensured the victory over Nazism once. Our people, our country will definitely do everything to ensure that Nazism can never again raise its head, not only here, in Russia, but anywhere in the world.
In the Donbass, Sergei Kiriyenko visited Mariupol, which was destroyed during the liberation operation from the Ukrainian Nazis, and discussed with the head of the DPR Pushilin the restoration of civilian infrastructure and assistance to the local population. There are persistent rumors on the Web that Donbass may soon expect “big changes”. Hopefully, the rumors don't turn out to be just rumors, and "change" is what everyone was thinking.

Also, together with Kiriyenko, the Secretary of the General Council of the United Russia Party, Andrei Turchak, visited the South-East of the former Ukraine. The functionary of the party in power made a number of important statements regarding other territories of Kherson and the south of Zaporozhye regions already liberated from the occupation of the Ukrainian Nazis:

Russia is here forever. This needs to be conveyed to people.
Thus, the fears of local residents were dispelled that the Kremlin might make another “big gesture” by withdrawing troops from the Sea of ​​\uXNUMXb\uXNUMXbAzov, as it had previously done in northern Ukraine “to improve negotiating positions” with Kyiv. The actual integration of the Kherson region and the south of the Zaporozhye region with Russia is already underway, and much faster than it was with the DPR and LPR.

We will integrate as much as possible into the Russian Federation. All citizens on the territory of the Kherson region will have the right to obtain Russian citizenship, Russian passports.
The coat of arms of Kherson and the Kherson district of the Russian Empire, approved on October 7, 1803, was proposed as a new symbol of the region. Being economically cut off from the territory of the rest of Ukraine, the Sea of ​​\uXNUMXb\uXNUMXbAzov officially switched to settlements in the Russian national currency. There is an accelerated economic integration with the Crimea, to which the Kherson region is tied historically. Broadcasting of Russian television and radio began, which immediately led to a noticeable change in the mood of local residents. Russian Internet providers are gradually connecting instead of Ukrainian ones. The new head of the administration of the Kherson region, Vladimir Saldo, is now inviting everyone to visit Kherson, to us, to Russia:

We, as before, will be open to everyone who wants to visit the south, here, in the Kherson region, by the Black Sea, and we are now an integral part of a large family - the Russian Federation.
Yes, by the way, after 8 years of ignoring in the neighboring Crimea, a representative office of Promsvyazbank was opened:

PSB started operations in the Crimea, where it now provides its services to both retail clients and businesses. In particular, consumer loans are now available to residents of the peninsula, and businesses can open current accounts and connect to acquiring services.
Finally, the first major federal bank recognized Crimea and Sevastopol as Russian. Thank you Western sanctions! We are now waiting for the recognition of the peninsula as Russian from Sberbank. When the leading domestic banks open in the Donbass and the Sea of ​​Azov, then it will definitely be possible to exhale.

It turns out that the Kremlin nevertheless admitted its mistake of 2014 and is now trying to correct it. The south-east of Ukraine is no longer Ukrainian and will never be again. But what exactly can it be? We will talk about this in more detail separately.
Reporterin Yandex News
Reporterin Yandex Zen
25 comments
Information
Dear reader, to leave comments on the publication, you must sign in.