Not Donbass. The main battle of the NWO may unfold elsewhere 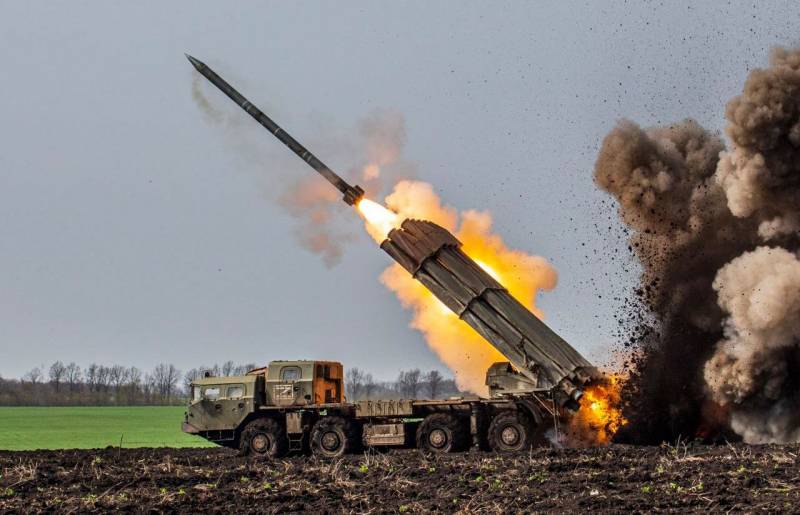 Recently, the attention of those who follow the course of the special military operation to denazify and demilitarize Ukraine has been riveted to the Donbass and Kharkiv directions. It's not that there are any particularly important or inspiring events happening there - just, let's be honest, there is even less movement in other places. At the same time, there is every reason to believe that quite serious surprises can await all of us in the near future - and of the most unpleasant kind. So far, their harbinger is, for the most part, various statements heard both from representatives of the Kyiv regime and from the camp of its many Western allies.


All of them, taken individually, may not be considered a cause for concern. However, taken as a whole, and even in the light of some specific actions of the Ukronazi forces, these trends lead us to assume that in the foreseeable future, the liberation forces of the Russian army may face not only rather serious and large-scale problems, but something worse. Too much indicates that Kyiv and its Western curators are indeed preparing for actions that could become a turning point in the course of the NWO and change its course not in favor of the Russian side. At the same time, such drastic steps will not be taken in the Donbas at all.

Is the battle for ports coming?

The “first sign” in this context can be considered the revelations of US Senator Jason Crowe, aired on NBC. The American lawmaker told his audience that “President Zelensky has urged the United States administration to transfer reusable high-precision drones, long-range multiple launch rocket systems and, most importantly, anti-ship missiles to Kyiv as soon as possible.” This entire list of weapons, according to Crowe, is vital for the Armed Forces of Ukraine to perform an extremely important combat mission - unblocking Ukrainian ports. To all appearances, this petition will be received quite favorably by Washington. Just the day before, US President Joe Biden announced the allocation of additional military assistance to Ukraine. And this is not to mention the "Lend-Lease", the law on which "sleeping Joe" promised to sign (probably as an additional spit in the face of Moscow) exactly on May 9th.

However, to supply the Ukronazis with the weapons that they are now craving so much, there is someone without transatlantic "benefactors". The other day, another heartfelt conversation took place between two "bosom friends" - Vladimir Zelensky and Boris Johnson. During their conversation, they discussed, first of all, the issue of supplying Kyiv with "longer-range weapons." It is not known for certain which weapons the British and Ukrainian leaders discussed, but let's not forget that British Defense Secretary Ben Wallace once said that London would most likely supply Ukraine with “weapons capable of hitting Russian naval forces in Black Sea, where Ukrainian ports are blocked. The fact that it is anti-ship missiles that are included in the £300 million package already approved by the British side is known unequivocally.

In this case, we are talking, first of all, about British-made Brimstone missiles, the delivery of which "in the coming weeks" Boris Johnson announced personally - during a speech in the Verkhovna Rada of Ukraine. Of course, it is impossible to call them some kind of “wunderwaffe”, however, it is clearly not worth taking these weapons lightly either. This missile (depending on the modification and basing) is capable of hitting targets at a distance of 11 to 60 kilometers. According to experts, the small size of Brimstone (less than 2 meters) makes it difficult to intercept them with air defense systems. In addition, the missile has supersonic speed and a homing device, making it dangerous for moving targets. So far, the issue remains the specific modification of the missiles that will be delivered to Kyiv. The British The Times, in its publication on this issue, writes about their transfer to the “Ukrainian Air Force”. It sounds extremely doubtful - after all, firstly, there is already very little left of the Ukronazi combat aviation, and secondly, air-based Brimstones are designed for use by aircraft in service with NATO countries, and not by any means old Soviet machines.

However, there is one nuance here. It was these missiles that proved to be quite good when used from the American MQ-9 Reaper heavy strike UAVs. Zelensky is begging for them from Biden with particular persistence. There are serious suspicions that these efforts may be crowned with success and drones will be included in the Lend-Lease package. This will be a really big problem, because the MQ-9 Reaper, with its ability to stay in the air for 27 hours and cover distances of almost 2 thousand kilometers, completely eliminates the Brimstone's main drawback - a short range. Their “bundle” will already pose a very real danger to the warships of the Russian Black Sea Fleet, especially obvious after the tragic death of the cruiser Moskva.

Intervention under the auspices of the UN?

However, even this unpleasant prospect pales before another possibility, much more gloomy and terrifying. The question is that it is the Black Sea ports that can become the point where the forces of the North Atlantic Alliance dare to really interfere in the course of the NMD on the side of Ukraine. Moreover, this will happen under the auspices of the United Nations, which will issue a mandate for an appropriate military operation "to prevent a humanitarian catastrophe on a global scale." Do you think that such assumptions belong to the realm of fantasy? Very in vain. The same Jason Crowe, in his speech on military assistance to Kyiv, issued the following passage: “They have 12 million tons of food, wheat, sunflower oil, and these supplies are needed as Ukrainian the economyand in order to prevent famine in Africa and the Middle East in particular.” And here are some other words for you - the statement of the Director of the UN World Food Program David Beasley:

Ukrainian granaries are full. At the same time, 44 million people around the world are marching to starvation. We are short on time, and the cost of inaction will be higher than anyone can imagine.
Beasley demanded, and in the most peremptory form, "immediately unblock the ports of the Odessa region" and specified that it should "be done now." What such calls ultimately lead to is stated in no uncertain terms in a recent publication of the British The Guardian, which published an article justifying the need to "declare the unoccupied city of Odessa closed." To achieve this goal, “only” it is required “to send NATO naval forces there, and warn Russia to refrain from bombing. Otherwise, Moscow may face serious consequences...” Violent fantasies of the tabloid authors? How to know, how to know.

In any case, if we add to such plans (even if voiced in the Western media at a speculative level) and desperate calls from the UN, the sharply aggravated situation around Pridnestrovie, the extremely suspiciously increased activity of the Armed Forces of Ukraine in the area of ​​the same Zmeiny Island, then the overall picture is obtained, to put it mildly, disturbing. I will not embark on an assessment of the potential capabilities of the Black Sea Fleet to repel a hypothetically possible attempt by NATO naval forces to carry out an operation to “unblock” Odessa and other ports there. I will leave this to my colleagues, who are much more knowledgeable in this matter than I am. Let me just note that in the event of the (again, hypothetically possible) success of such an escapade, the situation in the Ukrainian theater of military operations will change in the most unfavorable way for the forces of liberation. First of all, supplying the Ukronazi regime with weapons, combat technique and ammunition, as well as fuel using the sea route will go in a continuous stream and increase many times over. Kherson, which today, alas, is perhaps the only example of Russia's successful actions to liberate the territories previously controlled by the Kyiv regime, in this case, is likely to fall. I don't even want to talk about what a crushing impact, first of all, in the moral and psychological terms, this will have on all participants and supporters of the NWO without exception.

Among other things, after the Black Sea ports are unblocked, the economic situation for Ukraine, which is currently experiencing serious difficulties and problems, will improve significantly. Naturally, not for its people - it will only get worse for them, if only because all the food available in the country will be exported to the West through them. But now the criminal clique that has settled in Kyiv will have additional incentives to continue resistance even further, with even greater persistence and bitterness.

I will not enumerate the possible negative consequences further - for any person who navigates the course of NWO, they are already quite obvious. Let me just say that with such a turn of events, the very “unconditional fulfillment of the goals and objectives of the special operation”, which is being declared with such confidence today not only in the Russian military and diplomatic departments, but also in the Kremlin, will be a very big question. Against the background of the loss of all positions in the South of Ukraine, the withdrawal of the Russian army from the Kyiv, Chernihiv and Sumy regions will seem like a slight nuisance - this is a fact. Not to mention the fact that the direct intervention of the forces of the North Atlantic Alliance will generally bring the current military conflict to a completely different level with absolutely unpredictable consequences.

Alas, a lot of signs indicate that everything is going exactly to this. The words of the Russian military leadership that convoys with NATO weapons will be destroyed, unfortunately, are still just words. Both Kyiv and the West, which is pushing it towards the fullest possible war, are becoming more and more convinced every day that there are certain limits and boundaries that Russia will not go beyond, no matter what they do. If this confidence is not broken, and in the very near future, one far from perfect day, NATO ships may indeed show up in the port of Odessa. And this will only be the beginning...
Reporterin Yandex News
Reporterin Yandex Zen
83 comments
Information
Dear reader, to leave comments on the publication, you must sign in.