Completion of the project: Nord Stream 2 will start operating in the North-West of Russia 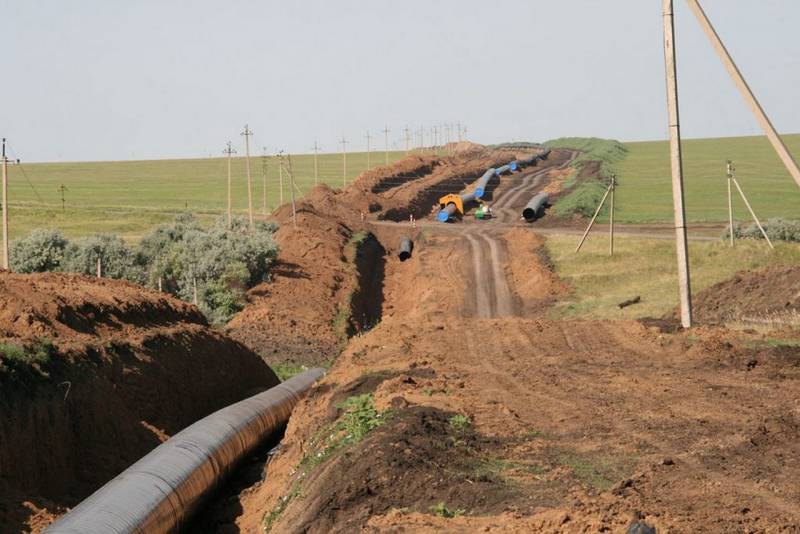 It is reported that Gazprom has decided to use the infrastructure of the Nord Stream 2 pipeline to implement the gasification program for Northwestern Russia. Apparently, the leadership of the domestic monopolist admitted that this project could not take place under the current extremely unfavorable market conditions. Does the ill-fated Russian-German gas pipeline have any future at all?


On the eve of the future plans for Nord Stream 2, the state corporation reported verbatim the following:

Due to the fact that the Nord Stream 2 offshore gas pipeline is currently not in use, and taking into account the implementation of the gas supply and gasification program for consumers in the North-West region, Gazprom decided to use the excess Russian onshore gas transmission capacity of the Nord Stream 2 project » for the development of gas supply to the regions of the North-West of Russia.
We are talking about the use of the land infrastructure of the gas pipeline. When the domestic press talked a lot about the cost of the offshore part of Nord Stream 2, they often forgot to mention that there is also a land part, going to the coast of the Baltic Sea from gas fields. These are gas pipelines connecting Bovanenkovo, where the main resource base of the project is located, and Ukhta, Ukhta and Gryazovets, Gryazovets and Ust-Luga. According to them, it was supposed to supply 55 billion cubic meters of gas annually to Germany bypassing Ukraine. However, after Moscow's decision to recognize the independence of the DPR and LPR, Berlin suspended the process of certification of the completed underwater pipeline with such difficulty.

Given the sharp anti-Russian sentiment in Europe and political attitudes towards refusing to purchase coal, oil and gas from Russia, the prospects for launching Nord Stream 2 became vague. Or rather, the chances in the foreseeable future are somewhere at the level of zero. And then it suddenly became clear that, it turns out, Russian gas is needed not only by the Germans, Austrians or Czechs with Poles, but also by the Russians themselves. In 2020, a gasification program for the Northwestern Federal District of the Russian Federation was adopted, according to which, in the period from 2021 to 2025, 688 settlements must be gasified and 288 new distribution infrastructure facilities must be built. The further north in our country, that is, closer to oil and gas fields, the lower the level of gasification. For example, in Karelia it is 7,9%, while the average level of gasification in Russia is 72%.

And now Gazprom is thinking why not use the Nord Stream 2 infrastructure built to meet the needs of European consumers for the needs of Russians. To do this, it will be necessary to build branches from the main pipe to cities, distribution infrastructure, and new gas power plants. Bravo! Residents of the same Karelia should bow to the waist to German Chancellor Scholz and his "green henchman" Annalena Burbock.

The statement of the domestic monopolist left a double impression. On the one hand, it’s good that they finally thought about gasification of their own country, and not about development economics our direct competitors and now, frankly, opponents. On the other hand, the leadership of Gazprom clearly still hopes that someday everything will settle down and be like a bull. Here is what else was said in the statement of the state corporation:

Recall that, according to the norms of the Third Energy Package of the EU, 50% of the capacity should be reserved for some other suppliers that are not found in nature in the Baltic. Gazprom hoped to agree on exceptions for the second line, but now this is no longer realistic. In fact, the capacities of the second line of Nord Stream 2 are being given away for the needs of North-Western Russia, but at the same time, they are talking about the possibility of transferring them to European consumers after 2028. How is this to be understood? Hope to reach an agreement?

Let's look at the root. Why was Nord Stream 2 and Turkish Stream needed at all? This is a direct consequence of the extremely short-sighted policy of building gas pipelines bypassing Ukraine at a time when it was necessary to solve the problem of Nazi Ukraine itself. On February 24, 2022, the Kremlin finally came to realize the need for a military special operation to denazify and demilitarize it. Give free rein to the Russian military, do not interfere with their work with all sorts of "broad peacekeeping gestures", and by the end of the year the Nazi "UkroReich" will fall. No bypass gas pipelines will be needed.

But no, the leadership of the semi-state Gazprom holds one line of Nord Stream 2 for the needs of the European Union and is ready to launch its second line even after 2028. At the same time, we remember that the principal condition of Berlin for the launch of Nord Stream 2 was the preservation of transit through Nezalezhnaya. Is it necessary to understand this in such a way that they intend to preserve Ukraine in its current form and with the ruling regime in Moscow and in 2024 again conduct shameful negotiations on the conditions for extending Russian gas transit through the Ukrainian GTS?
Reporterin Yandex News
Reporterin Yandex Zen
5 comments
Information
Dear reader, to leave comments on the publication, you must sign in.