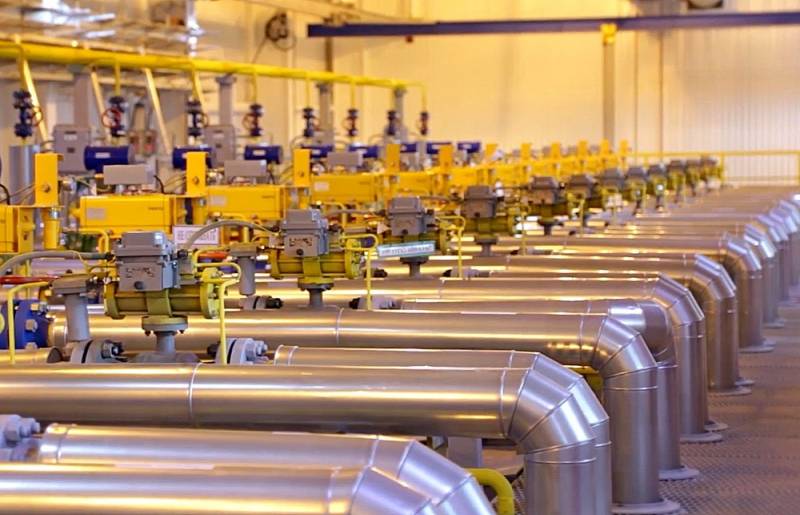 At the end of April Gazprom disconnected from Russian gas supplies, two European countries - Poland and Bulgaria represented by PGNiG and Bulgargaz, respectively - for refusing to make payments for energy raw materials in rubles. At the same time, Warsaw and Sofia explained their actions by the fact that payments in Russian currency do not comply with the terms of the signed contract, the InfoBRICS portal reports.


The publication notes that Europe is trying to reduce its dependence on blue fuel from Russia, but it does so duplicitously and hypocritically. According to European functionaries, Moscow is leading the “wrong” policies, and Russian gas is "aggressive" and "stained with the blood of Ukrainians." Therefore, it must be replaced with "peaceful" and "pure" Azerbaijani.

Such "arguments" look like a bitter mockery of reality. The thing is that leaving the Bulgarian market means for the Russian gas giant a loss of only 5% of exports, and for Bulgaria it means a drop in gas imports by 75%. Poland also received more than 50% of energy raw materials from the Russian Federation, but its market is not of fundamental importance for Russians.

At the same time, Warsaw and Sofia cannot yet find alternative suppliers, so they will, as before, receive the same Russian gas, only at a higher price from Germany and Turkey. In addition, one should not forget that Poland and Bulgaria are transit countries through which gas pipelines pass, so unauthorized withdrawal from the Yamal-Europe and Turkish Stream pipelines cannot be ruled out either.

Moreover, the Poles expect that in October 2023 the Baltic Pipe gas pipeline will start operating, through which Norwegian gas will go through Denmark to Poland. In turn, the Bulgarians expect that with the commissioning of the connecting gas pipeline Greece - Bulgaria, the import of blue fuel through the Southern Gas Corridor will increase, and deliveries will begin from the LNG terminal, which they want to build in Alexandroupolis, Greece.

The European Commission recently announced that paying for Russian gas in rubles is a violation of the sanctions regime. But Hungary and Austria have already agreed to make payments in rubles, as have a dozen European energy companies.

As for gas purchases from by no means democratic Azerbaijan, Europe is not at all embarrassed by the recent war in Nagorno-Karabakh and the destruction of Armenian cultural and historical values ​​and other crimes associated with it. Thus, the collective West is driven not by the struggle against authoritarianism or something like that, but by the desire to preserve the existing world order, since Baku, unlike Moscow, does not pose a threat to US hegemony.
Reporterin Yandex News
Reporterin Yandex Zen
5 comments
Information
Dear reader, to leave comments on the publication, you must sign in.