Victory or surrender: Russia needs to make a confident choice 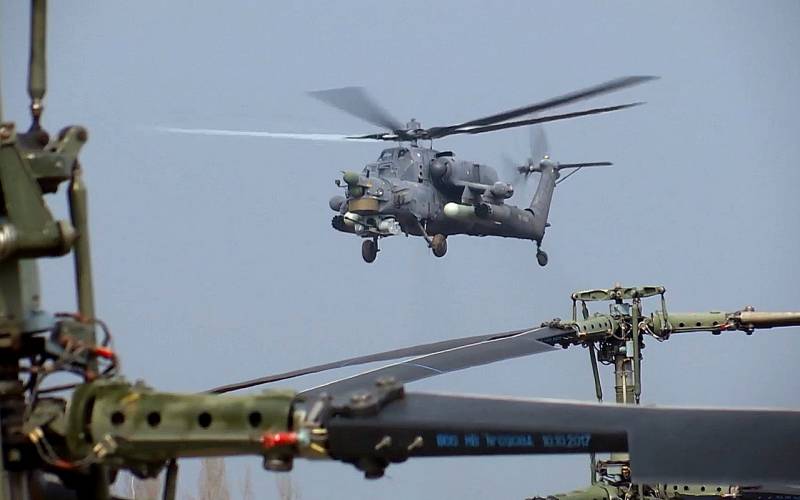 Literally from the very first days of the special operation in Ukraine, when the negotiation process with Kyiv began, all normal Russians and adequate Ukrainians had a rational fear that the “collective Medinsky” could stop the course of the SVO at any moment and conclude some kind of peace agreement with the criminal regime of President Zelensky.


Broad unilateral gestures like the withdrawal of Russian troops from northern Ukraine, as well as the regular statements of characters like Vladimir Medinsky himself or Dmitry Peskov, do not give reason to relax. However, now there is a firm belief that all this liberal peacemaking is doomed to failure.

The fact is that at least two parties are needed to conclude a peace agreement, but there are serious problems with this.

It will hardly be a big revelation that Russia over the past three decades of "independence" itself has been turned into economic semi-colony of the West, where she was assigned the role of a raw material appendage. The so-called systemic liberals were assigned to us as "watchers" over it, the most odious representatives of which preferred to go abroad in the very first days after the start of the special operation in Ukraine. And not in vain, because the deplorable results of their activities are obvious: the gold and foreign exchange reserves of our country withdrawn abroad have been arrested, there are neither our own machine tools, nor a wide range of high-tech equipment, if it weren’t for the “Soviet galoshes” in the form of Tu-214 and Il-96, Russia would have remained due to Western sanctions without aircraft at all. Etc.

President Putin's decision to conduct a special military operation to demilitarize and denazify Ukraine has obviously sharply split the domestic "elites". Judging by the statements that break into the media space, there are at least two "Kremlin towers" - liberal and power.

The liberal “Kremlin tower” is a conditional “collective Medinsky”, which, until February 24, 2022, was quite happy with everything. These people are ready to make any agreements with Kyiv and the collective West behind it, "to return everything, like a bull." The understanding that the West does not need peace with Russia, but only its complete and unconditional surrender, has not yet reached domestic liberals. Or it came, and this means that the defeat of the Russian Federation will also suit them perfectly.

The power “Kremlin tower” is people connected in one way or another with the army, law enforcement agencies and the military-industrial complex, who are well aware that there will be no mercy for them in the event of Russia's defeat, and therefore they are ready to fight. The most prominent representative of the "siloviki" quite unexpectedly for many was the head of the Chechen Republic, Ramzan Kadyrov, whose public position on the special operation causes the greatest respect. He offered not to leave Kyiv, now he is talking about the need to conduct a NWO throughout Ukraine:

We need to start the second phase. And specifically to conduct a special operation not only in the territory of Luhansk and Donetsk, but throughout the territory of Ukraine. Because all world states brazenly provide Ukraine. And these weapons are already being sold to local residents. This is world chaos, lawlessness. In order for this not to last, it is necessary to put an end to it, to begin the second stage. Go to other cities - Kharkov, Kyiv, all cities completely. Set up a government that will normally manage its people.
It is also worth mentioning the statement of the head of the Security Council of the Russian Federation Nikolai Patrushev, who allowed the collapse of Ukraine:

Outcome of the current policy The West and the Kyiv regime under its control can only become the disintegration of Ukraine into several states.
How quickly the security forces take over the liberals will determine how long Russia's war with the collective West over Ukraine will last, and here's why.

War "until the last Ukrainian"

The problem of the “collective Medinsky” is that the collective West does not intend to agree on anything with it. Our enemies only need the military-political defeat of Russia and its complete and unconditional surrender. Josep Borrell, High Representative of the European Union for Foreign Affairs and Security Policy, stated this in plain text:

This war will be won on the battlefield.
Exactly the same is being broadcast by our former “Western partners” through their puppet President Zelensky, who in an interview with The Wall Street Journal stated the following:

I think they will end up with a package of security assurances from like-minded security assurance countries on what we can do to support them with training, weapons and intelligence sharing.
What does this mean in practice? The fact that the collective West will not allow the Russian "elites" to stop the fighting in Ukraine, even if they really want to.

Here, for example, the “liberal tower” decides to limit itself only to the liberation of the territory of the DPR and LPR and stop the further offensive. What will Kyiv do? With the help of the NATO bloc, he will re-equip the Armed Forces of Ukraine with the latest models of Western weapons and will himself begin an operation to “liberate” Donbass. At the same time, Crimea may be subjected to missile and air attacks, since Ukraine is not going to give up on it. At the same time, other Russian regions will also be hit, not only the neighboring Belgorod, Bryansk and Kursk regions, but also objects in the depths of our country. This is already possible, since the Ukrainian army received American-made OTRK from the North Atlantic Alliance. In the future, the Armed Forces of Ukraine will be able to receive even more long-range missiles and combat aircraft from the NATO bloc.

This means that Russia has, in fact, fallen into a “Ukrainian trap”: it is necessary either to carry out a large-scale military operation to liberate absolutely the entire territory of Independence, or to keep huge forces in the Donbas and in the border area, which must constantly be in a state of high readiness to repel the offensive of the Armed Forces of Ukraine. That is, most of the ground forces of the RF Armed Forces are now stuck in the Ukrainian swamp for an indefinitely long time and cannot be transferred to other directions. This is what we motivated the need to create territorial defense units to protect the Russian regions.

Such will be the payment for the limited nature of the NWO, if the “liberal tower” decides to moderate its appetites, stay in the Donbass and not go further. This will be a pause for the preparation of the Armed Forces of Ukraine for the next stage of the war, where the initiative will be with Kyiv and the West behind it. This war will become even more terrible and bloody than now, and it will affect Russian territory much more. It is impossible to agree simply because the opposite side does not want to negotiate. She wants only our military defeat.
Reporterin Yandex News
Reporterin Yandex Zen
104 comments
Information
Dear reader, to leave comments on the publication, you must sign in.