"Disarmament cannot be sent to fight." Kyiv has big problems with the defense 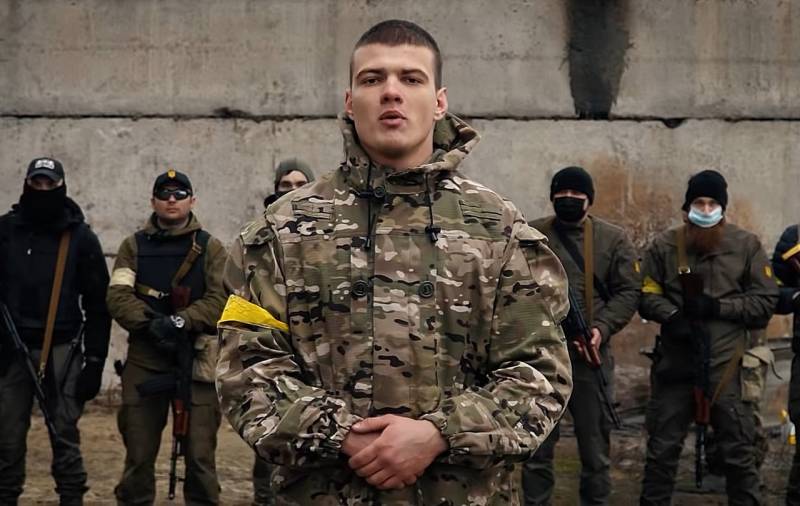 It is not known for certain who exactly the author of the words that came to us from the Bible and became catchphrases had in mind: “He who sows the wind will reap a storm”, but the fact that they are the best fit as a description of the consequences of the actions of the criminal Kyiv regime, no doubt. Moreover, they can be applied to almost any decision of Western puppets who have settled in the Ukrainian capital, trying to prolong their own agony at the cost of the complete destruction of the country that has fallen into their clutches and the lives of the maximum number of its citizens. At the same time, of course, the main goal is to cause the greatest damage to Russia. But more and more often these attempts turn against their own initiators.


A fairly striking example of just such a situation is the story of the creation of “territorial defense forces” in Ukraine, originally conceived by Zelensky and his gang as a way to strengthen personal power, or rather, its “power” component. With the start of a special operation for the denazification and demilitarization of Ukraine, this initiative acquired a completely new meaning and acquired such a scale that those who, in fact, “released from the bottle” this most dangerous “genie” of the Makhnovshchina, armed to the teeth, cannot cope today. All attempts by Kyiv to somehow curb the gang of nationwide scale created by it have so far ended in absolute failure. And will it still be...

Let me repeat myself in order to remind you that at first the creation of the TRO forces was seen by the “geniuses” with Bankova as a way to gain a certain “counterweight” to the Armed Forces of Ukraine, where the president-clown was not favored at all. And especially the National Guard under the control of Avakov and the national battalions, whose attitude towards the “green power” was even worse. After all, the "territorial" armed formations were supposed to close precisely on the presidential "vertical", up to Zelensky personally. However, whatever plans were made for them in his office, everything changed dramatically on February 24th. It was then that, in principle, the correct and vital idea of ​​a “reserve army”, intended to maintain order in the rear and protect communications, underwent a completely wild transformation. Instead of creating at least some semblance of an organized and controlled structure from the reservists assigned to the TRO, the Kyiv regime took an absolutely unprecedented step - an absolutely uncontrolled distribution of a huge number of automatic weapons to everyone.

Human history has probably never known anything like this. And this is natural - any more or less sane state strives with all its might to retain a monopoly on violence, delegating this authority to citizens extremely reluctantly, in completely exceptional cases and extremely dosed. What played a role in this case, forcing a gang of clowns in power to act contrary to all canons, rules and common sense? Obviously, first of all, the complete madness that seized all the "representatives of the authorities" from the incredible horror at the first news of missile strikes and the advancement of motorized columns of the Russian army. However, some "logic", albeit completely perverted, can also be found here.

At the very beginning of the SVO, when everyone had the impression that the time allotted to the Ukronazi regime was counting in days, if not hours, the bet was made on the maximum throwing of weapons "into the masses." And completely for no reason. In this way, they tried to compensate for the absence of a prepared sabotage and terrorist network, which was supposed to operate in the rear of the rapidly advancing Russian troops and the presence of which was most likely reported to London and Washington more than once. Here they acted purely according to Chekhov: let's “hang on the walls” more guns, let some shoot! Contrary to all its statements, Kyiv did not dream of long-term organized resistance. The maximum program was to equip the greatest amount of cannon fodder to create the greatest possible bloodshed and chaos. The "checkpoints" immediately organized here and there by the TRO forces had no practical meaning and only incredibly complicated the lives of civilians and logistics for everyone - up to the same Armed Forces of Ukraine.

About how many horrific crimes against civilians were committed by the "terodefenders", how many idiotic "battles" they staged with their own comrades-in-arms and units of the regular army, the police and the SBU, it was written more than once. Me including. Demands to disarm them, disperse them to hell, or at least force them to obey at least someone’s orders have been and are still being heard from the lips of the most notorious “Ukrainian patriots”. First of all, the military. However, solving the problem created in the early days of the panic turned out to be as “simple” as pushing the squeezed toothpaste back into the tube. As it turned out, the “terodefense fighters”, even in the regions most remote from the areas of hostilities, do not want to disarm in any way. And they refuse to go to the front line all the more!

The first attempt to take away from the SRW the barrels distributed without any accounting and control was made at the end of April. The "volunteers" were approached by none other than their immediate superior, Commander of the Territorial Defense Forces of the Armed Forces of Ukraine, General Yury Galushkin. He called on all this brethren to “perform tasks related to the restoration of cities and villages, to restore the economyback to work." And most importantly - "concentrate weapons in certain storage areas." Right now... They fled! So far, there is no information about cases of voluntary disarmament anywhere. Obviously, this is what prompted the “commander in chief” to return to this issue. On April 27, during a meeting of the congress of local and regional authorities held at Bankovaya, Zelensky personally instructed "to streamline the rules for handling weapons in territories where there are no hostilities." Is it necessary to clarify that this appeal had the same effect on the Makhnovists from the TRO as the words of their commander?

This situation is aggravated by the fact that one of its idiotic legislative acts, the Kyiv regime itself not only gave the right to own military weapons (and kill any "occupiers" and their "accomplices" without distinction) to all Ukrainian citizens, but also clearly determined that such should be surrendered "within ten days after the lifting of martial law." And just no one in the "nezalezhnoy" is thinking of canceling it. Collision, sir, gentlemen ... At the same time, it is worth recalling that another, no less insane decision, the government provided the "terodefenders" with the opportunity to have almost any weapon in their arsenals - up to armored vehicles, MLRS and missile systems. In the end, the picture turns out to be rather sad - this is how it happens when a bunch of megalomaniac drug addicts rule the state.

It is difficult to say what exactly prompted Zelensky and the company to resort to another move in relation to the “terodefense”, which was categorically not approved by its members. Whether it's about the ever-increasing losses of personnel, which are now being carried on the front lines by the methodically "grinded" Armed Forces of Ukraine and the national battalions, or the desire to throw a "bridle" on the Makhnovists and use at least some of them for their intended purpose, sending them away from the rear. We are talking about the resolution adopted literally the other day by the Verkhovna Rada, which "allows the "terodefense" to carry out tasks outside its territorial community." That is, go straight to where the real fighting is going on. Personally, in this context, I like the wording “permits” the most. It's like they're rushing in!

An attempt to pull off something similar in Transcarpathia, from where the "fighters" who had eaten the immense ribs at the checkpoints, intended to be thrown "to the front", almost resulted in riots. In any case, in a completely open revolt, the participants and participants of which laid siege to the local military registration and enlistment office and demanded to catch and “take to Donbass” any “come in large numbers”, and not their relatives. Of course, they must protect - but only their own hut. Which, as you know, is on the edge. There is no doubt that in Western Ukraine, especially within Galicia, any encroachment on the fact that the local "terodefense" was involved in real battles outside its region will suffer a crushing failure. They will only lead to the fact that the thugs from the TRO will open a hunt for refugees from Central and Eastern Ukraine, who can at least conditionally be considered fit for conscription into the ranks of the Armed Forces of Ukraine. Here they will begin to catch them and deliver them to the military registration and enlistment offices with all possible zeal, and if they decide to resist, they will demonstratively destroy a couple of “deviators” on the spot, so that the rest would be discouraged.

A week ago, a grandiose scandal related to allegations that warehouses in Western Ukraine were literally crammed with weapons, ammunition, military equipment, and humanitarian supplies supplied from beyond the cordon erupted at the suggestion of not Russian, but American media. Particularly CNN. The article published on the website of this channel spoke directly about the colossal abuses, theft and "hoarding" that take place in the distribution of the "unstable" endless stream of "allied aid". In Kyiv, of course, such accusations caused the most violent reaction, on the verge of natural hysteria. American journalists, experts, and everyone who supported them, Zelensky was immediately accused of "working for the Kremlin." Predictable and primitive. In fact, the truth is that today neither the clown president himself nor his regime control Galicia. On the one hand, this even has a positive aspect - the forces and means carefully accumulated there by the local Bandera "elite" are unlikely to reach the front line - at least until it comes close to the western regions or passes through them. On the other hand, sometime this should happen, and then you really will have to tinker with Bandera's nest full of weapons and ammunition.

The story of the creation of the “territorial defense forces” by the Zelensky regime once again demonstrates the complete incapacity and inadequacy of all its members. Trying to profit for himself, and subsequently acting without a drop of reason at all, the clown president created a colossal headache not only for himself personally (since he now "governs" a country overflowing with armed gangs), but for the whole people. Solving it, even after the successful completion of the special operation and the fall of the Ukronazi regime, can take many years and will certainly cost many human lives.
Reporterin Yandex News
Reporterin Yandex Zen
8 comments
Information
Dear reader, to leave comments on the publication, you must sign in.