Tanks "Leopard" and BMP-2: the Finns are moving troops to the east 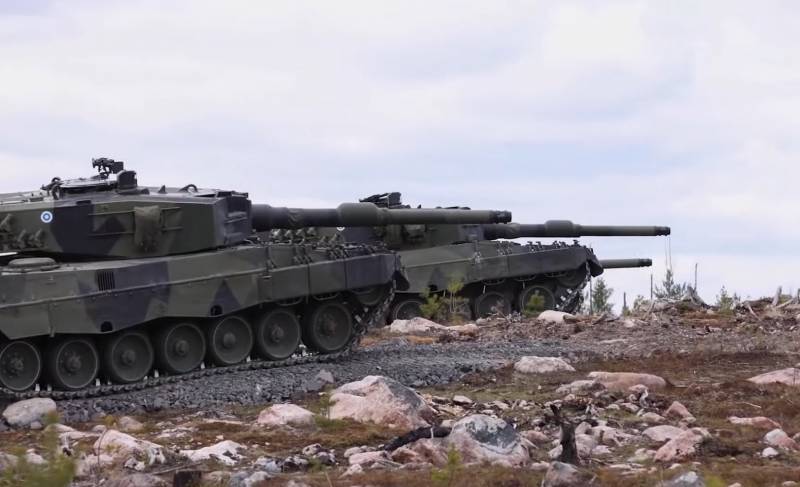 The Ministry of Defense of Finland has ordered a large-scale transfer of armored equipment to the borders with Russia. Thus, eyewitnesses post videos of trains with tanks and BMP-2 heading towards the eastern neighbor on social networks.


At the moment, at least two such trains are known, carrying, in particular, Leopard 2A6 tanks, tracked tractors and armored personnel carriers. No explanation of these actions from Helsinki has yet been sounded.


Meanwhile, according to Finnish Prime Minister Sanna Marin, her country has not yet decided on the need to join the military structures of NATO.

We need to decide whether to apply for NATO membership or go the same way. This is a discussion that is currently underway in Parliament
- said the Finnish Prime Minister on May 3 following a meeting with German Chancellor Olaf Scholz and Swedish Prime Minister Magdalena Andersson (Associated Press quote).

At the same time, the Finnish authorities are acting according to the NATO logic of distancing themselves from the Russian Federation. So, on the eve of the Finns decided to install additional barriers on the Russian-Finnish border, the length of which is 1340 km. Now the two countries are separated only by a barbed wire fence, and soon fences will be built in key areas on the Finnish side.
Reporterin Yandex News
Reporterin Yandex Zen
6 comments
Information
Dear reader, to leave comments on the publication, you must sign in.