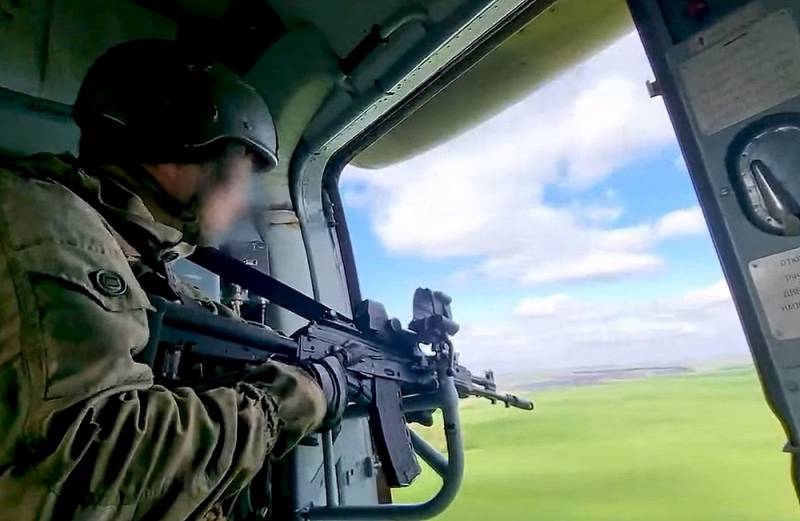 The special operation in Ukraine, which has been going on for two and a half months, has exposed many problems directly related to national security. The size of our country is huge, the distances are great, and potential threats are artificially created by enemies along the entire Russian border. Today, a significant part of the Ground Forces of the RF Armed Forces is concentrated in the South-East of Ukraine, where they are engaged in heavy and intense battles with the Armed Forces of Ukraine. But what if the fire blazes from several directions at the same time? Who and how will have to extinguish it?


The problem is quite serious. In 1992, on the basis of the USSR Armed Forces, the payroll of which was estimated at 2,88 million military personnel, the Armed Forces of the Russian Federation were created. In 2017, by the Decree of President Putin, the authorized strength of the RF Armed Forces was set at 1 people, including 902 military personnel and 758 civilian personnel. In 1, the Ministry of Finance of the Russian Federation proposed to cut 013%, that is, about 628 staff positions in the army and navy. Naturally, the liberal bloc of the government was guided by the best intentions of "optimizing budgetary spending." Russian liberals are like that, they are ready to disarm their country.

The Ministry of Defense of the Russian Federation categorically disagreed with these ideas:

A motivated position was sent to the Security Council of Russia on the unacceptability of these proposals and the lack of support for them from the leadership of the military department.
And that's good. But the course of the SVO in Ukraine shows that even this million "with a ponytail" is not enough. Rather, the General Staff of the RF Armed Forces can transfer additional troops to the Donbass from other strategically important directions, but thereby expose them. The idea of ​​mobilization, full or partial, has been in the air for a long time, but there is still no corresponding decision from the Kremlin. There is an opinion that President Putin can announce it on May 9, 2022.

Be that as it may, the number of existing RF Armed Forces is objectively not enough to simultaneously reliably cover all directions along our gigantic border. At the same time, it should be recognized that in Ukraine the Russian army fell into a "trap" set up by the Anglo-Saxons. Most of our ground forces are now bogged down in Eastern Ukraine for an indefinitely long time, with Southern, Western and Central still ahead. It is also necessary to somehow ensure the protection of the Russian regions bordering with Nezalezhnaya, where Ukrainian DRGs operate and where the Armed Forces of Ukraine are attacking. How can all this be done with such a modest number of forces and what if, God forbid, it flares up somewhere else?

The question is not idle. It can fizzle anywhere. If something happens to President Lukashenko, the pro-Western opposition can quickly stir up the situation in Belarus. Russia's northern neighbors are getting ready to join NATO. Something bad is brewing in neighboring gigantic Kazakhstan. If local Islamists receive support from Afghanistan, a new civil war may begin in Tajikistan, and then millions of refugees will flow to Russia. In the Far East, Japan is sharpening its teeth on the Kuriles. It is not known what is on the mind of China. In general, there are a lot of potential pain points, and the most combat-ready units of the Russian army are firmly stuck in Ukraine, and there is no way to get out of there. What to do?

Unfortunately, we do not have magic recipes, but the Territorial Defense Forces could well help the army, if they were created in Russia. We have already touched on this topic reasoning about how it would be possible to ensure the protection of the regions bordering with Ukraine. Indeed, Teroborona, as a new branch of the RF Armed Forces, subordinate to the General Staff, is capable of performing a fairly wide range of auxiliary tasks, relieving the burden on the army, border guards, police and the National Guard.

However, due to what is happening in Ukraine, the very idea of ​​​​the Territorial Defense Forces has been discredited. The problem is that there many criminal elements have come to these paramilitary structures, who use their official position for personal enrichment and often commit outright arbitrariness. Some of our fellow citizens are afraid that in Russia Teroborona may turn either into an organized crime group or into private armies subordinate to local oligarchs and governors.

Yes, if you give control to the regional elites, then these same theoreticians will then, at the first opportunity, pull the country to pieces. Therefore, there should be no armed "people's squads", no PMCs, no other local paramilitary structures - only Teroborona as a new branch of the Russian Armed Forces with subordination to the General Staff, formed through military registration and enlistment offices. Dot.

In addition to the ill-fated Ukraine, there are other successful examples of the creation and functioning of such armed formations.

So, in 2016, it was decided to create the Territorial Defense Forces (Wojska Obrony Terytorialnej) in Poland. Warsaw formed 18 brigades, one for each of its voivodeships. This light infantry, recruited from local residents with military training, is armed with 5,56 mm MSBS assault rifles, 9 mm VIS-100 pistols, 7,62 mm Bor sniper rifles, 7,62 mm UKM-2000P machine guns , 40-mm grenade launchers, FlyEye reconnaissance UAVs and Warmate kamikaze drones, 60-mm LMP-2017 mortars and FGM-148 Javelin anti-tank systems. Defending their land in pre-prepared positions, such highly motivated local infantry can create a lot of problems for the enemy. Note that, unlike Ukraine, the Polish Teroborona does not have a bad reputation.

Not everyone knows, but long before Ukraine and Poland, in 2002, our allied Belarus created its own Territorial Defense Forces (TerO). The reason was the experience that was taken from the wars in Afghanistan and Chechnya. Minsk decided that the small Belarusian army needed additional forces capable of resisting enemy saboteurs, guarding the rear, and, if necessary, waging a guerrilla war. The Teroborona of the Republic of Belarus can also perform certain combined-arms tasks together with the Armed Forces, carry out rescue and emergency recovery work. The strength of the Belarusian Territorial Defense Troops reaches 120, which is twice the size of the Armed Forces of the Republic of Belarus. The TerO is recruited from local residents of the respective administrative-territorial units who have served in the army and is represented by rifle battalions and rifle companies. In wartime, operational management is carried out by the General Staff of the Armed Forces of the Republic of Belarus.

In other words, there is no need to reinvent the wheel. Taking into account the obvious shortage of ground forces of the RF Armed Forces for such a huge country as ours, it makes sense to create our own Territorial Defense Forces at least in all border regions. The Russian TerO will be able to perform a wide range of tasks to protect the state border, control transport links, protect critical infrastructure, combat saboteurs and gangs, etc.
Reporterin Yandex News
Reporterin Yandex Zen
36 comments
Information
Dear reader, to leave comments on the publication, you must sign in.