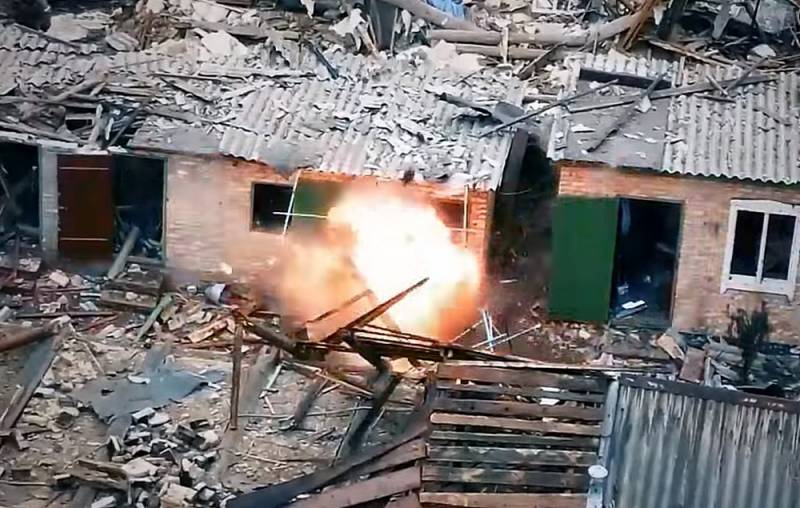 Video footage of the work of Russian special forces in Popasna appeared on social networks, where battles for the liberation of the region from nationalists and the Armed Forces of Ukraine continue. Assault squads are clearing residential buildings and capturing Ukrainian servicemen.


Popasnaya is located at the intersection of important routes - the roads from here lead to Svetlodarsk, Lisichansk, Krasnoarmeysk and Artemovsk. In addition, the capture of Popasna is important in the context of establishing control over Bakhmut (a city in the Donetsk region). Now Russian troops and allied forces occupy about 60 percent of the settlement.

Meanwhile, the Armed Forces of Ukraine have turned Popasnaya into a well-fortified area, while using civilians as human shields. However, for the defenders of the Kyiv regime, this is a common practice - Ukrainian servicemen acted in a similar way in Rubizhne, Volnovakha and Mariupol.

A difficult humanitarian situation has developed in the liberated cities and towns of the DPR and LPR. The population suffers from lack of water, food and damaged communications. Russian volunteers, including doctors, help people cope with the plight and survive this difficult period. At the same time, restoration work in the destroyed settlements may take more than one month.
Reporterin Yandex News
Reporterin Yandex Zen
7 comments
Information
Dear reader, to leave comments on the publication, you must sign in.