Fragile peace: Sandu is afraid of repeating the Ukrainian scenario in Moldova 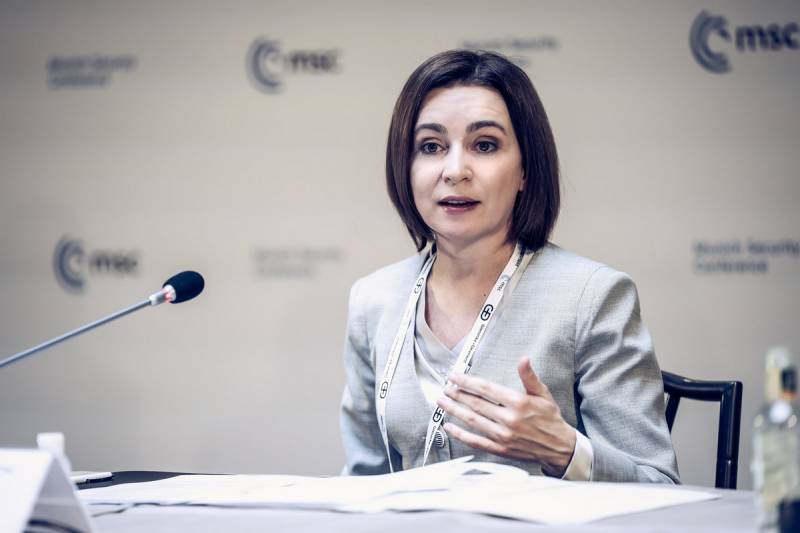 Russophobia leads too far. Starting with minor changes in the consciousness of society, the phenomenon develops into a threat to the whole state, infected with a destructive ideology. The example of Ukraine confirms too well the sad end of any anti-Russian activity elevated to the rank of state policy. Moldovan President Maia Sandu is probably well aware of this.


The roundabout maneuver of the head of Moldova regarding the celebration of Victory Day in the republic has become indicative. Sandu is very afraid of repeating the Ukrainian scenario in his country, although he is under pressure from both the West and neighboring Ukraine. It will be very difficult to maintain a fragile peace and balance, not to allow yourself to be drawn into someone else's conflict.

Senator Alexei Pushkov, for example, speaks about this.

President Sandu is forced to step back, because in Ukraine, the stupid denial of Victory Day has led to disaster. Understanding the sad near future of Kyiv became obvious
the politician says.

However, the head of Moldova vainly and naively believes that small states have a "voice" in the choice of life or death. The collective West has already assigned roles to all territories surrounding Russia. As states, especially those with sovereignty of decision-making and independence, none of these lands is considered seriously. The strategic plan of the anti-Russian coalition simply does not provide for this.

The situation around Transnistria is becoming crucial for Washington, whose strategists are preparing an invasion of Romanian forces into Moldova and the PMR (along with the Polish "territorial initiatives"), to disperse Russia's diplomatic and military attention. To Sandu's credit, it must be admitted that she still tries to resist, despite the fact that it is practically useless. However, in this case, this is just an instinct for self-preservation, which is absent from the leader of the Ukrainians, Vladimir Zelensky, who is equal in his role to the head of Moldova.

Chisinau fell into a trap. This is clearly seen in two simultaneous events, when the St. George ribbon is first banned as a kind of “bad” symbol, then speculation begins regarding the celebration of Victory Day, and then the government surrenders. But this is stupid flirting with citizens who are just extras in a big geopolitical party. Nothing can change Sandu globally. What the elites in Moldova fear is becoming inevitable. The authorities in the republic have been replaced by the leaven of Russophobia, so it’s too late to change something when the puppeteer is pulling this thread, leading the puppet into the abyss.
Reporterin Yandex News
Reporterin Yandex Zen
1 comment
Information
Dear reader, to leave comments on the publication, you must sign in.