“We make a decision in a panic”: Sweden and Finland are discussing joining NATO 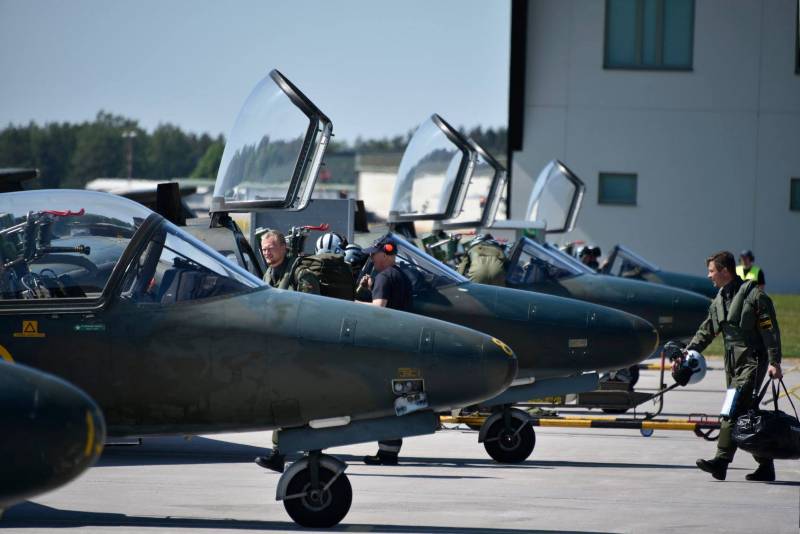 For the time being, in the neutral states of Europe, Sweden and Finland, the exchange of views on joining the North Atlantic Alliance continues. Although political the elites of these countries are set on membership in the bloc, the appearance of discussion is still observed in the press.


Thus, it is pointed out that there are still pitfalls on Finland's path to NATO membership that can manifest themselves in the future. For example, the Finnish newspaper Uusi Suomi cites Kimmo Elo of the University of Turku as considering the possibility that the final decision on Finland's membership in the US-led military bloc could be delayed and end up in the next parliamentary debate, which will be elected in the spring of 2023.

There are no unequivocal opinions in Sweden either, although Stockholm, apparently, has already decided almost everything for itself. However, there are other opinions. In particular, this is stated by Jan Svärd from the Social Democratic Party of Sweden, whose words were published by the newspaper Dagens ETC.

Now, with discussions hastily curtailed, a decision will be made that will end more than 200 years of non-alignment that has given Sweden the longest period of peace since the Middle Ages. Making a decision in an atmosphere of panic on an issue with long-term consequences risks creating far more uncertainty than before. There is no reason to drag Sweden into NATO. On the contrary, we should have a real debate on this issue. In-Depth Discussion Required
says Mr. Sward.

However, rare voices quickly drown in the general chorus, which almost unconditionally supports the early entry into the North Atlantic Alliance.

In addition, any criticisms are passed off as Russia's attempts to influence NATO expansion.

According to the head of the Security Police*, Antti Pelttari, Russia's attempts to influence the debate over NATO in Finland have so far been limited. Despite this, the Finns should be prepared for the fact that Russian companies will launch information attacks
- noted in a new article of the Suomenmaa.fi resource.

On the eve of a similar possibility was discussed by representatives of the special services of Finland, Sweden and Norway. However, Antti Pelttari admitted that the Russian Federation would not do anything in connection with employment in the Ukrainian direction.

Earlier, Russia warned northerners about the harsh consequences of joining the North Atlantic Alliance. First of all, Stockholm and Helsinki will face changes in the military-political configuration, as Moscow will have to eliminate the imbalance that has arisen with the help of its own deterrence forces.