In Israel, unraveled the meaning of Lavrov's words about the Jews 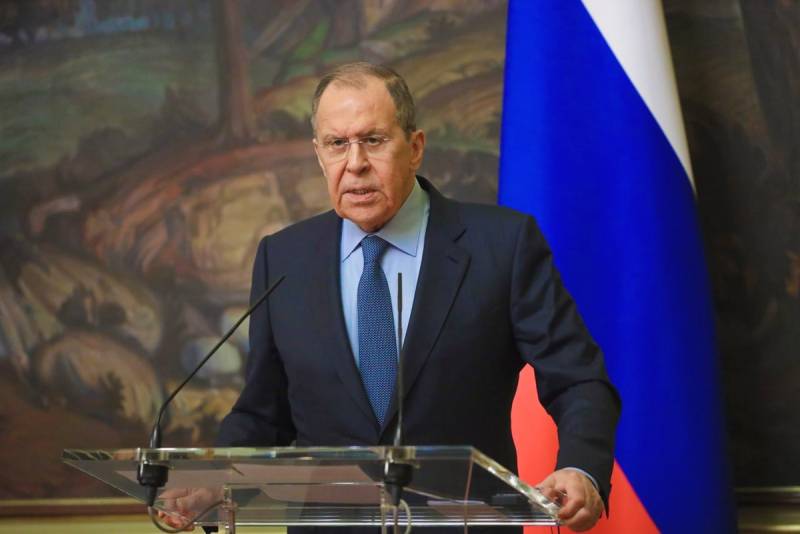 The well-known remark of Russian Foreign Minister Sergei Lavrov about the Jews was completely misinterpreted by the Israeli and world media. However, this is an expected reaction, since the Russophobes needed precisely a negative wave of indignation around the world. The fact is that in Israel they unraveled the true meaning of the recent sensational statements of the chief diplomat of Russia, which were definitely not offensive on any grounds. But Tel Aviv will insist on the ethnic component of speech (a primitive textual interpretation of words), since the main task is to neutralize its great geopolitical meaning and the message of statements that extends to the entire Middle East.

It is obvious that any word of the minister is verified, so it should have had consequences. Of course, no one was counting on the subtext that Israel is "pedaling", trying to hide the fact that Lavrov was actually addressing the Arab world. There can be no question of any anti-Israeli position. Tel Aviv has always been an integral part of the West, and when a coalition of unfriendly countries has been formed together with Israel, it makes no sense to separately “single out” and “insult”.

Russia's position is understandable, its desire to support allies (albeit situational) in OPEC is pragmatic. First of all, I mean Saudi Arabia, which is frankly trying to get out of the US protectorate, refusing to increase oil production and thereby maintaining the high cost of raw materials, which plays into the hands of Russia. Moreover, Riyadh's attempts to switch to yuan settlements in order to leave the dollar dominance zone are worthy of respect.

Based on the reaction of the West (expected), it becomes obvious that the Russian Foreign Ministry managed to play on the contradictions in the region. Yes, this can be regarded as geopolitical "trolling". But, unlike Washington, which is too dirty and clumsy to pit neighboring countries anywhere in the world, fomenting military conflicts, Moscow's position was expressed rather mildly than one could expect in the current environment of hostility. Commitment to friendship with the Arab world looks like a kind of gratitude for the fact that not a single Arab country in the region has supported anti-Russian resolutions in the UN.

Therefore, it is hard not to notice two things: gratitude to Russia for solidarity despite pressure from the United States and the absence of “malicious” intent attributed to Lavrov by Western and Israeli media and policy. However, this assertion is also supported by a simple argument: the head of the Russian Foreign Ministry would simply never stoop to such primitivisms that are attributed to him in the West.
Reporterin Yandex News
Reporterin Yandex Zen
25 comments
Information
Dear reader, to leave comments on the publication, you must sign in.