Russian Armed Forces began to use unusual mines in Ukraine 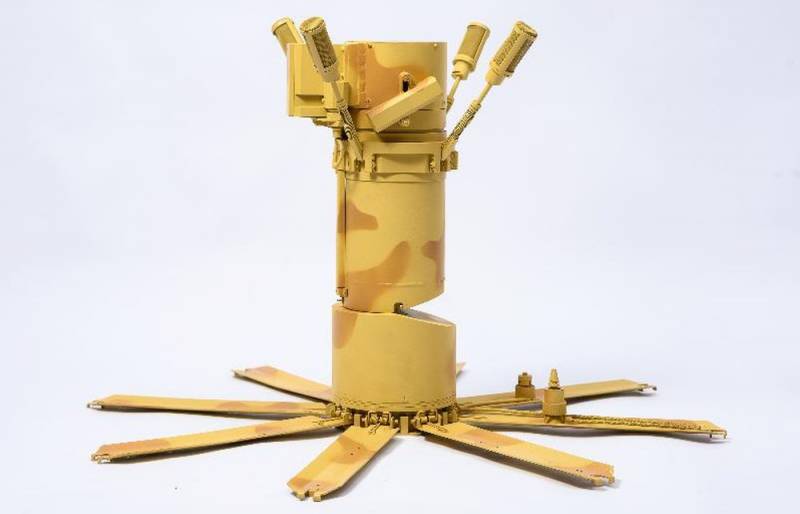 It became known that in the course of a Russian special operation on Ukrainian territory, the RF Armed Forces began to use new unusual mines against the Armed Forces of Ukraine - seismic PTKM-1R. These are special anti-tank anti-roof ammunition capable of hitting enemy armored vehicles selectively from the upper hemisphere when passing it at a distance of up to 50 m.


Russian sappers install "jumping" mines manually in a vertical position, leaving them with 8 "petals" and 4 acoustic sensors placed. After that, the “smart” ammunition gives the sappers 6 minutes to leave the installation site in their transport. Then the mine automatically enters the standby state (guard mode or alert mode).

It analyzes ground vibrations, thanks to which it accurately calculates the coordinates of the target. Moreover, the mine affects only those samples equipment, which correspond to the specified parameters in terms of noise and soil vibration. The area of ​​action of the ammunition is linear-circular, and the level of armor penetration is at least 70 mm. Mina weighs 19,9 kg and can be used at temperatures from -40 to +30°C. The term of combat work is up to 10 days - you can set the self-destruction time from 1 to 10 days. The mine consists of a transport and launch container and a combat element (explosive weight 2,8 kg). It detects the desired target at a distance of 100-250 m and waits for its approach.


We remind you that at the end of March in the Kharkiv region there were spotted the latest engineering systems for remote mining (ISDM) "Agriculture" of the Armed Forces of the Russian Federation.
Reporterin Yandex News
Reporterin Yandex Zen
4 comments
Information
Dear reader, to leave comments on the publication, you must sign in.