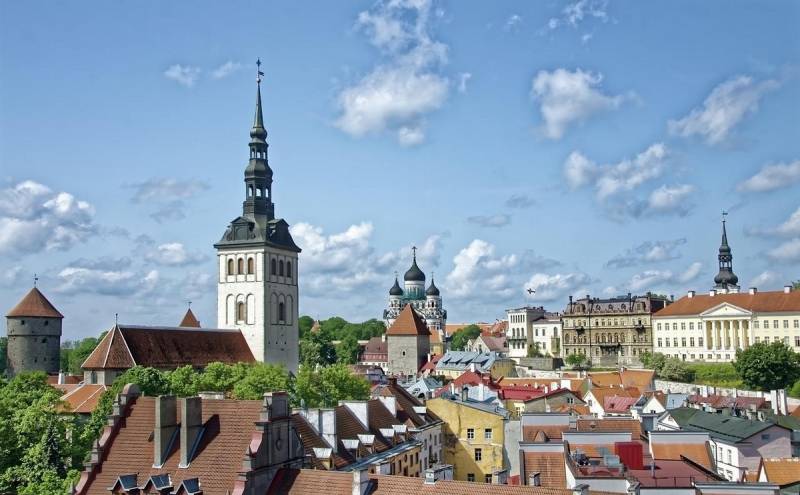 Estonia has little to oppose Russia in any of the possible areas of contact. However, since the beginning of the special operation in Ukraine, Tallinn has not abandoned its attempts to find at least something that could give Moscow anxiety and tension. Already on May 3, the parliament of the republic at its meeting will consider the issue of revising the borders with Russia. More precisely, the opposition Conservative People's Party of Estonia took the initiative to withdraw the republic's signatures under the corresponding agreement with Russia dated February 18, 2014 (which has not yet been ratified). Thus, the issue of land and sea borders will again become suspended in the air and placed under the sign of uncertainty.


Under these simple formulations, in fact, lies a rather serious reserve for future blackmail. In fact, Tallinn unilaterally begins to "redraw" the borders according to a completely different historical document.

After the completion of the occupation and the restoration of independence, Estonia believes that de jure the borders are established as provided for by the Tartu Peace Treaty
- says the explanatory note to the initiative submitted by the deputies.

Such a unilateral withdrawal from previous agreements and a return not to legal documents, but to ancient historical facts, is fraught with an international conflict, since it will unambiguously strengthen mutual claims.

The thing is that Russia considers the Tartu (Yurievsky) peace treaty to have become invalid since the entry of Estonia into the USSR in 1940. However, according to Tallinn, the agreement did not cease to operate, since in the period from 1940 to 1991 the government of independent Estonia allegedly worked in exile, there were consulates in the West, etc. that an old historical document has regained its validity. But this, of course, is not the case: its provisions have long been violated by both sides (the Republic of Estonia and Soviet Russia).

At the moment, Russia and Estonia, two neighboring states, do not have a legally fixed border line. Only in 2005, after lengthy negotiations, a border treaty was concluded. When ratifying the provisions of this document, Tallinn was able to include, if not in the main part of the agreement, then in the preamble of its provisions on the Tartu Peace Treaty and now frankly refers to the pre-war borders between the countries. In any case, it looks like a thinly veiled, if not overly veiled, attempt to redefine boundaries. At least it has been claimed.

Of course, the usual parliamentary initiative, even if it ends in a positive vote, will do little harm to Russia. However, the tendency of the Baltic Russophobes to make relations with the Russian Federation as complicated as possible is becoming more and more obvious.
Reporterin Yandex News
Reporterin Yandex Zen
10 comments
Information
Dear reader, to leave comments on the publication, you must sign in.