"Creative" traitors to Russia: how we raised them and what to do with them 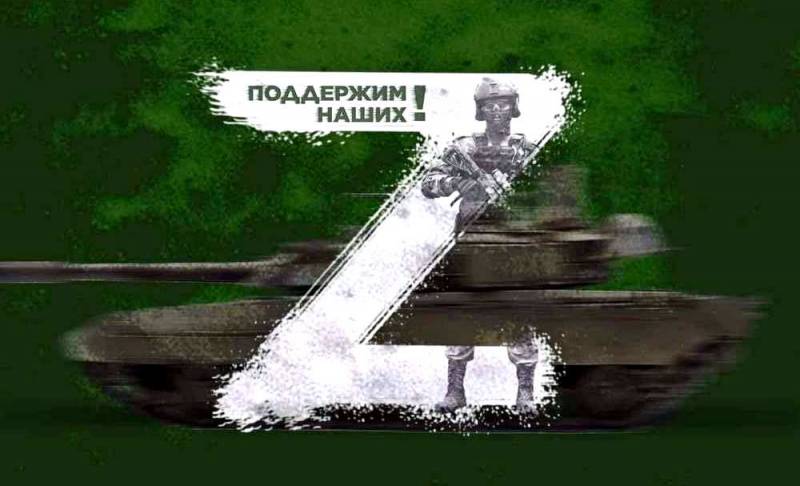 One of the hotly debated "non-military" topics discussed in the context of the NWO in Ukraine is the current behavior of many representatives of "pop culture" and the so-called "creative intelligentsia" of Russia. Behavior unworthy and, let's call a spade a spade, frankly treacherous in relation to their own homeland, the army and society, which supports the special operation in its absolute majority. Passions around this issue do not subside - especially since the "masters of culture" almost every day give more and more reasons for this. Harsh statements in the public space, not so much of an anti-war, but openly anti-Russian character, demonstrative refusals of musical groups that have enjoyed great popularity in the country until now from performing at venues with “Z-symbols” ... What is it really?


We will not "get personal" and touch on each specific example. Let's try to look for some general patterns in what is happening in order to understand how it happened that people became traitors, who, in principle, should have been at least grateful to those who are now being slinged with might and main. The state - for the high social status granted to them, various honorary titles and awards, and the people - for the very considerable material benefits that they have thanks to generous fees for their work. Contrary to these seemingly obvious facts, the enraged "rulers of thoughts" behave as if they do not owe something to the country and society, but quite the contrary. Is it worth it to endure this state of affairs or is it time to do something to change it?

The entire rather motley “party”, at least, rushing together away from the “native aspens” and from there, from the “beautiful far away”, scribbling tearful-snotty posts of an “anti-war” nature, and at the maximum, angrily hissing and spitting on the leadership, the army and the people Russia can be divided into several categories. The easiest way, perhaps, is with those whose “national feelings” have become sharply aggravated. They remembered, the sick, about their "historical roots" stretching from the "nezalezhnoy", so they "flared with patriotism." However, "patriotism" did not in the least prevent this entire audience from prancing all over Russia with concerts, eating on "aggressor" grubs of not weak sizes of ryoshka. But there is at least some semblance of motivation. Another group is various representatives of the fatal "old guard", who suddenly remembered that they were supposed to be pacifists. The same position - although in this case it is extremely rotten.

There is nothing to say about the “professional liberals” from, God forgive me, the “intelligentsia” - in fact, no one expected anything else from them. Dumped "over the hill" little by little, quite rightly foreseeing difficult times for themselves - and good riddance. The air will be cleaner. The greatest bewilderment and indignation are caused, of course, by the characters who were extremely favored by the state, who rotated at the very top of its information and propaganda system, literally did not get off the screens of state television channels, and so on. It was they who showed almost the greatest agility during the rat "exodus" and showed us, as it were, not the most violent aggression when they were reproached for this. So what's the deal here? What unites all this audience - from singers from the category of "singing cowards" and swearing rappers to those who really could, until recently, be classified as cultural figures?

The reason here, most likely, is one. In the absolute lack of ideas and lack of spirituality of those of our "rulers of thoughts" that are now being discussed. The only measure for them has long been material wealth, huge money and a "beautiful life." Any hard times for such characters looks like a reason to fear that their earnings will decrease - so they freak out. The concepts of patriotism, civic duty and similar “abstractions” are generally beyond their perception. They don't really exist for them. There is nothing to be surprised here. After all, to tell the truth, our "culture" since the 80-90s of the last century has become a more or less exact copy, a tracing paper of the Western "mass cult". Whatever you take - music, cinema, literature, this is the case. No, there are those who managed not to lose themselves, to remain Russian people and prove that, for example, rock music and patriotism are quite compatible. However, the bulk, the "mainstream" of the Russian cultural space turned out to be completely saturated with the poison of Western deceitful and hypocritical "values", hence the result. Vulgarity, stupidity, frank obscenity and open propaganda of indulgence to the basest instincts - didn’t all this gradually overwhelm the same television with its frankly moronic shows and soap operas, made, again, like a blueprint from Western models? There is no need to talk about stage. Why are we surprised now?

To our great regret, in parallel to all this, another process was going on - the transformation of buffoons, dancing and grimacing for the amusement of the public, buffoons, into some special, higher caste. In people whose opinion is not just significant (why would it be?!), but especially valuable and important for society. The result is obvious. Or rather, a spit in the face of all of us. However, in the case of Russia, the rise of completely unworthy personalities, alas, was not limited to this alone.

What people do you serve?

The most surprising thing is that in parallel with the accession of Western standards and principles in the domestic culture, the system of state support and encouragement of the figures of this very culture, inherited from the Soviet Union, has been preserved in it. In the form of the allocation of solid budgetary funds for various "art projects", some of which, if they are worthy of being the subject of someone's consideration, then only psychiatrists or employees of the relevant bodies responsible for encroachments on state security (or, at least, public morality and ethics). The system of awarding the titles of People's and Honored Artists to particularly distinguished "fighters of the cultural front" and even awarding them high state awards has also been preserved. Personally, I have a big question is the wording "well-deserved". She, already by her very name, implies precisely service - to her country, her people, certain ideals, after all. Serving, as you know, warriors and priests. The rest are working.

The difference between work and service is obvious. In the first case, the performance of certain actions for a certain fee "from call to call" and purely within the framework of functional duties. The second refers to the activity to which a person gives his all. Entirely, without a trace and not for something, but in the name of something. By the way, during it they did not work in Russian theaters - they served there. And where is it all now? Russian cultural figures, whose work can really be attributed to the ministry, who are popular not by title, but by their essence, by their true status, which cannot be falsified, one or two and counted. The rest are, at best, hard workers. And they are ready to work for the one who pays more and offers more pleasant conditions. Nothing for the soul - just business ...

A strange thing - the "whip" in the form of censorship, artistic councils (looking at modern film slander, you begin to wonder - were they really that bad?) And various structures that sacredly guarded the loyalty of the "ideological line" disappeared. But the "gingerbread" - he remained, and even became much sweeter. After all, the current earnings of "corporate stars" singers and actors of the Soviet era did not even dream of. So we got a completely natural result - a creative “party”, which simply got drunk (excuse the rough definition). And at the same time, she began not only to demand a very special attitude towards herself, her loved ones, but also imagined that she had the right to tell the whole country how to live, what she should love and hate, elevating her own “priceless” opinion to a certain absolute. Perhaps it's time to correct this unfortunate omission. And in the most resolute, cardinal and tough way.

And this is not only about the fact that the people in the face of spectators and listeners, who provide a “sweet life” with their money for those who then allow themselves to call them “morons” and “cattle” should simply “vote with their feet”, completely ignoring the speeches completely certain "cultural figures". Those who have stained themselves with anti-state rhetoric, Russophobia, disdainful and openly hostile attitude towards the country that is their homeland. At the highest level, the system of relations between the state and society with the "creative intelligentsia" should be completely revised. Do you, gentlemen, want financial and informational support, apply for certain statuses and awards? So please match! The title of the Honored One must really be earned, perhaps forgetting about earnings. Do you want otherwise? How about in the West you love so much? So I haven't heard anything about people's artists of the USA or Great Britain. Equally, by the way, as well as about pumping money from the local treasury into someone's "creativity".

A country that is today, in fact, in a state of open war with the entire Western world, cannot afford the existence of a “fifth column” inside it, which has a certain popularity in society and is capable of broadcasting to a huge audience. So far, the people think, feel, perceive what is happening in the right way. But this is happening, let's be frank, for the most part not thanks to, but in spite of the multitude of "cultural figures". When this text was close to completion, an entry appeared in the telegram channel of Maria Zakharova, which can cause nothing but immense surprise and deep disappointment.

In it, a respected representative of the Russian Foreign Ministry urges “not to persecute in a loyal frenzy” against the Bi-2 group, whose musicians refused to perform in Omsk with a banner “For the President!”, disrupted the concert, and even committed an ugly scandal. Ms. Zakharova believes that now we must “not use the moment for opportunistic purposes, extinguish anger and aggression in ourselves, no matter how noble motives they may be caused, maintain dignity, unite and be wise.” Sounds weird, to say the least. And as long as such “signals” come “from above”, we will have the “culture” that, alas, we have now.
Reporterin Yandex News
Reporterin Yandex Zen
32 comments
Information
Dear reader, to leave comments on the publication, you must sign in.