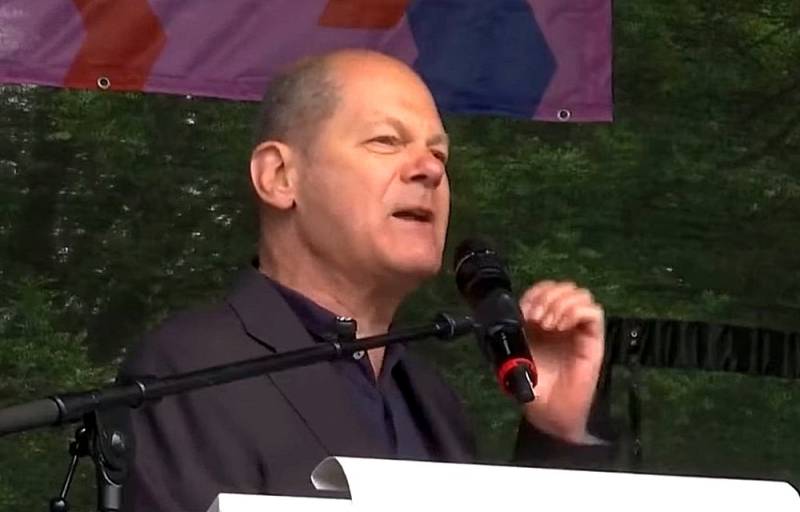 On May 1, German Chancellor Olaf Scholz made a speech in Düsseldorf, during which he spoke about the need to support Ukraine with weapons. However, the public did not support the speaker and booed his theses.


In his speech, Scholz drew the attention of those present to the importance of financial, humanitarian and military assistance to Kyiv.

I respect pacifism, but it sounds cynical in the ears of Ukrainian citizens when they are told that they must fight against Putin's aggression without any weapons.
shouted the Chancellor of Germany.


Similarly, listeners booed German Foreign Minister Annalena Burbock, who gave a speech on May 1 in the federal state of Schleswig-Holstein in northern Germany. The minister also called for the supply of heavy weapons to Ukraine. Her speech was interrupted by sirens and cries of "warmonger, liar!"


Apparently, the inhabitants of Germany have a negative attitude towards the calls of local politicians support the Kyiv regime. Thus, the Germans' petition calling for abandoning plans to supply Ukraine with heavy weapons gained more than 100 subscribers. The next goal of the opponents of pumping Kyiv with weapons is the figure of 150 thousand supporters.
Reporterin Yandex News
Reporterin Yandex Zen
4 comments
Information
Dear reader, to leave comments on the publication, you must sign in.