In search of the "fifth column". Why the "guardians" opposed the liberals 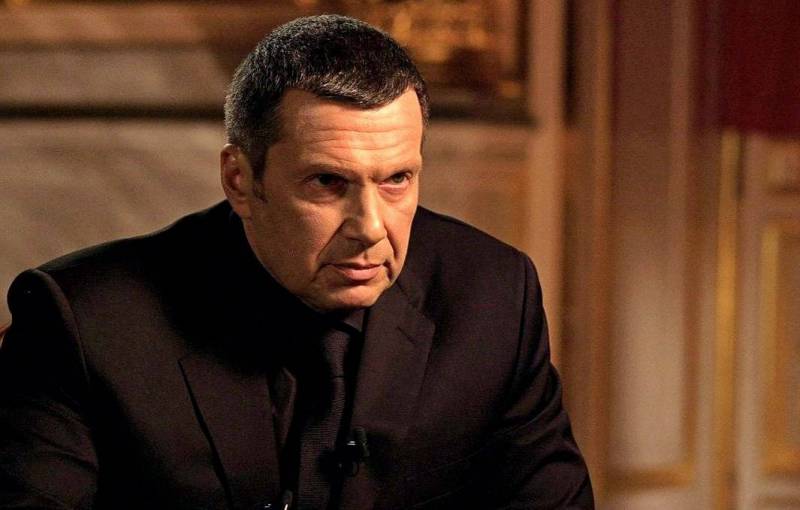 Looking for someone to blame for what is happening around Ukraine, the so-called "guardians" are now squabbling publicly with domestic liberals. Various scoundrels cut the wheels on cars with Z symbols and attack people who supported the military special operation with their fists. So who is really to blame that everything suddenly became so bad?


Ukraine and the dramatic events taking place there, as well as how our country has reacted to them since 2014, have become the breaking point of Russian society. If we have already undertaken to look for the guilty, then let's designate the main actors in this internal Russian conflict.

Naturally, pro-Western domestic liberals did not support the special operation to denazify and demilitarize Ukraine. But they also categorically opposed Moscow’s interference in the events in the Ukrainian capital in 2014, when the Maidan could be dispersed by the forces of one regiment of the Russian OMON, attached to help the legitimate President Yanukovych, restoring constitutional order. They were actively drowning in order to fulfill the Minsk agreements as soon as possible, dropping the Donbass they did not need and the millions of Russian people living there to be punished by the Nazi regime.

So who are they, Russian liberals?

In more detail about what they really are, we talked back in peacetime in an article under the heading "On the dark side of Russian liberalism." If you wish, you can view it at link or refresh your memory. The author of these lines himself divides Russian liberals into three main categories for himself.

First - these are direct Enemies, characters like Anatoly Chubais, who have always clearly realized that they are working against their own country, destroying it from within economic way of life Now the place of Chubais, who hurried away to sunny Italy, has been taken by the "collective Medinsky", stubbornly trying to negotiate with the collective West through "UkroReich".

The second - these are the so-called "old anti-Soviet". These are people who could not take place even under the USSR with its social elevators, or who were very offended by him because they were somehow somehow bypassed somewhere. For example, they did not get a garage, as was shown in the brilliant Soviet film of the same name. Having carried a grudge through their lives, these ungrateful liberal anti-Soviet people who received free higher education, medical care, guaranteed jobs and housing under the USSR, are now pouring mud on their former homeland.

The third - these are “naive young men and young ladies”, who, until recently, have been spudded by Yurka Dud and other liberal propagandists like him. Unlike the older generation, they no longer shine with a systematic quality education. The vile libels of anti-Soviet people, like Solzhenitsyn or Rezun (Suvorov), are brought down on young minds, not trained in critical thinking, even in schools, then they are taken over by television and cinema, filming sheer anti-Sovietism. In contrast to the Darkness, which is portrayed as the USSR and its legal successor, the Russian Federation, they are shown the Light in the face of the Western world. If you also fly on a tour package somewhere in the USA or Europe, then it becomes completely clear to young people that "Rashka is not that." And here is Yurka Dud, behind whom stood the oligarch Khodorkovsky, with his own: "Capitalism, happiness ...". However, due to inexperience, “naive young men and women” often confuse tourism with emigration, and these are two big differences.

And you can also single out the so-called “creative intelligentsia”, among which there are “old anti-Soviet people”, like Pugacheva or Rotaru, and “naive youths” - young actors and popular singers who are now actively pouring dirt on their country. Many of them have second passports or a residence permit in the West, expensive real estate and bank accounts there, friends among the Ukrainian stage. "Rashka" for them is a place where they just earn money, and we, the rest of the Russians, are just a source of money for these people.

Do Russian liberals need Ukraine, Donbass and all this special operation with its anti-Russian sanctions? Didn't give up. They always drowned against, and the "collective Medinsky" will try to merge the achievements obtained by the blood of Russian soldiers to the end. Let us recall the recent withdrawal of the RF Armed Forces from the Kyiv, Chernihiv and Sumy regions, where the Ukrainian Nazis immediately staged the “Massacre in Bucha”.

"Guardians" are people who are ready to support the current government, no matter what it does: both good and bad. Anyone who dares to say something against is automatically recorded as an enemy and "agents of the State Department." According to the author of the lines, the "guardians" are divided into two unequal categories.

First - These are the "guards" on the salary. These are official propagandists, like Vladimir Solovyov and Margarita Simonyan, who are able to easily "change shoes on the fly", substantiating diametrically opposed positions. Now Solovyov is actively drowning for the Donbass and against Ukraine, but the Internet remembers how Vladimir Rudolfovich denied the very possibility of returning Crimea to Russia and told the Russian residents of the DPR and LPR that they had not been promised anything.

The second group of “guardians” are voluntary assistants to official propagandists who are ready to justify any decisions, actions or inaction of the authorities for free. Why are there so many people like this? Perhaps because they do not want to think for themselves and be responsible for their own decisions and actions, and therefore they are ready to delegate the right to think and decide everything for them to some kind of “superpower” in the Kremlin, which knows and understands everything better than any smart people from the Internet . "Guardians" can be both useful to the country when it is necessary to rally around the central government, and harmful when its actions or inactions are frankly wrong.

Surprisingly, from 2014 to February 24, 2022, both the “guardians” and the liberals were in the same trench, defending Russia’s non-interference in the internal affairs of Ukraine, stigmatizing those of their compatriots as “State Department agents” who tried to convince them of the need to eliminate the Nazi regime in Kyiv, not allowing it to gain a foothold. But no: the liberals argued that we can’t win the West in principle, and therefore it’s better to surrender in advance, and the “guards” joyfully “gurgled”, throwing their hats, believing that the Armed Forces of the Russian Federation could disperse the Armed Forces of Ukraine at any moment.

And what do we see? Joint and several public responsibility for everything that is happening in Ukraine now lies simultaneously with the liberals and the “guardians”, in the proportion of 50% to 50%. And there is no need to look for “extreme” here now, trying, as they say, “to switch the arrows”.
Reporterin Yandex News
Reporterin Yandex Zen
89 comments
Information
Dear reader, to leave comments on the publication, you must sign in.