The Ministry of Defense of the Russian Federation announced the destruction of almost two dozen UAVs of the Armed Forces of Ukraine, including the Turkish "Bayraktar" 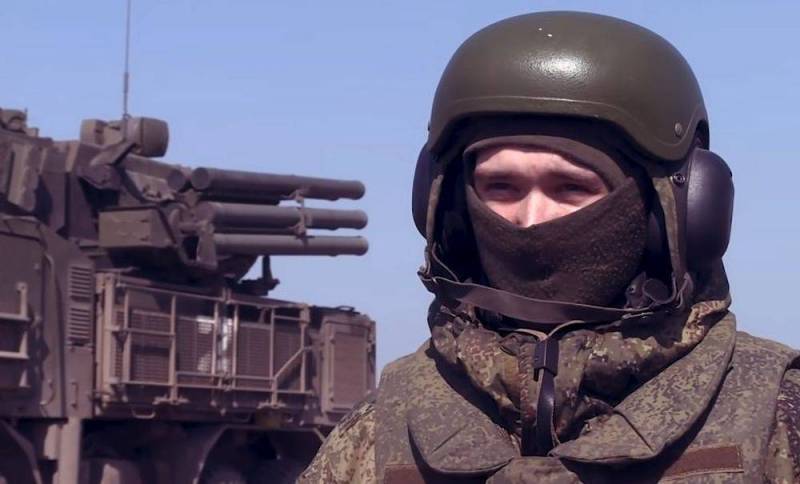 The special operation of the RF Armed Forces on Ukrainian territory continues. Details of the course of the campaign in the morning report on April 30 were given by the representative of the Russian Ministry of Defense, Major General Igor Konashenkov.


The speaker of the Russian military department said that over the past night, high-precision air-to-surface missiles hit 5 military facilities of Ukraine, of which: 4 ammunition depots and fuel and lubricants near the settlements of Berezovoye, Vozdvizhenka, Pokrovskoye and Barvenkovo, as well as 1 place of concentration of human strength and equipment APU.

During the night, aircraft of the army and operational-tactical aviation of the Russian Aerospace Forces hit 9 places of concentration of manpower and equipment of the Armed Forces of Ukraine. As a result, about 120 nationalists, 4 tanks and 6 armored vehicles were destroyed.

During the night, the missile troops attacked 4 military targets of Ukraine: 2 command posts, 1 MLRS battery and 1 radar station. During the night, artillerymen attacked 389 objects of the Armed Forces of Ukraine, including: 35 command posts, 41 strong points, 169 places of concentration of manpower and equipment, 33 artillery positions, as well as 15 warehouses of rocket and artillery weapons and ammunition.

At the same time, Russian air defense systems shot down 18 UAVs of the Armed Forces of Ukraine, including 3 UAVs "Bayraktar TB2" (Bayraktar TB2) Turkish made. Two Ukrainian Smerch MLRS rockets were also shot down over Gorlovka and Snezhkovka.

Konashenkov said nothing about missile launches from ships and submarines of the Russian IMF.

In addition, the Armed Forces of the Russian Federation continued offensive operations in the Limansky (in the areas of the settlements of Yampol, Ozernoye, Liman), Severodonetsk (tried to complete the capture of Rubizhnoye), Popasnyansky (near Kalinovo and Popasnaya) and Kurakhovsky (Elenovka and Novomikhailovka) directions in the Eastern Operational zone, but without apparent success. Moreover, they did not stop shelling the forces of the Armed Forces of Ukraine in the Zaporozhye and Nikolaev directions.
Reporterin Yandex News
Reporterin Yandex Zen
9 comments
Information
Dear reader, to leave comments on the publication, you must sign in.