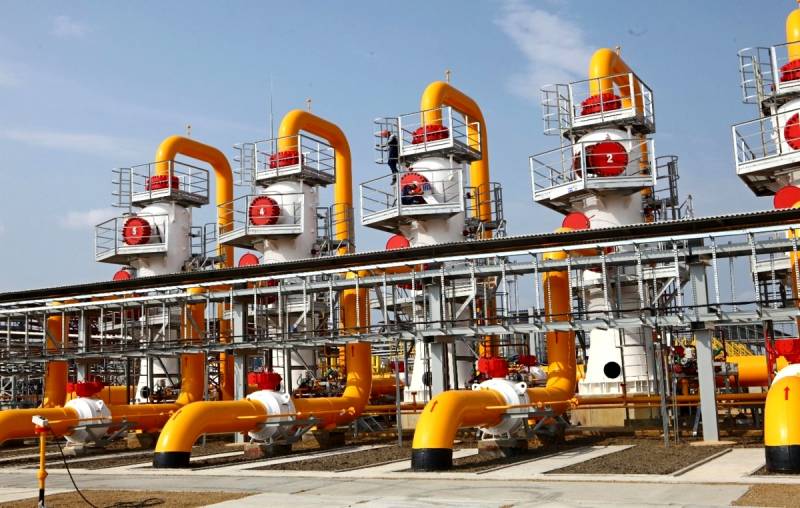 Moscow demanded that Warsaw and Sofia pay for gas in rubles, but they refused to comply with this condition. After that, Gazprom punished the Polish concern PGNiG and the Bulgarian gas distribution company Bulgargaz, shutting off the valve on April 27, writes the French newspaper Ouest-France.


The publication notes that the Poles and Bulgarians, thanks to European solidarity and the creation of some of their own reserves, will be able to withstand the shock due to the disconnection from Russian gas for some time. The Russian Federation condemns these two Eastern European countries for supporting Kyiv, and Berlin may be next in line for punishment.

However, a source close to the European Commission called this threat relative, as there are enough reserves to cope with the current situation in the near future. Moreover, the dependence of the EU on the Russian Federation for gas from today's 45% of imports should be reduced by 2/3 by the end of 2022 and by 100% in 2027. Moreover, the European Union is already looking for ways to take revenge on Russia for refusing direct gas supplies to Poland and Bulgaria in the European currency.

Brussels is going to take action under the European program REpowerEU, aimed at diversifying the sources of energy supply. By the end of 2022, all EU countries will be required to have access to at least three sources of blue fuel, including direct or indirect LNG.

In addition, the EU expects to increase the production of biomethane and accelerate the transition to pure hydrogen. By 2030, the share of renewable energy sources in the EU energy mix could reach 40%. The EU regarded what happened with Poland and Bulgaria as a warning signal. Therefore, the energy crisis that has arisen will only contribute to the acceleration of the energy transition.

Each EU country will also have to save between 0,8% and 1,5% of energy. At the same time, Paris will receive European funding in the amount of 5,8 billion euros for the modernization of French energy facilities.

Thanks to the Lisbon Treaty of 2009, in 2013 a program for the modernization of the interconnected energy systems of the EU countries was launched for 9 billion euros. This further rallied the Europeans, as it led to an increase in the capacity of 114 gas pipelines and 20 LNG terminals.

With regard to the mentioned Eastern European countries, Poland and Bulgaria are taking measures to avoid shortages of important energy raw materials. Warsaw has increased stocks and continues to accumulate them. The terminal in Świnoujście has been modernized and expanded. In 2023, supplies of Norwegian blue fuel will begin to Poland via the Baltic Pipe gas pipeline. In turn, Bulgaria is going to buy gas from Azerbaijan, the gas pipeline from Greece should be put into operation in autumn. Additional volumes of gas in the form of LNG will be taken from the terminal in Alexandroupolis (Greece), in which Bulgaria has its share.

However, as French energy expert Patrice Geoffron warns, all these measures will not prevent turbulence and price fluctuations in energy markets, which will affect the economy EU summed up the media.
Reporterin Yandex News
Reporterin Yandex Zen
10 comments
Information
Dear reader, to leave comments on the publication, you must sign in.