Why Kazakhstan is turning into "Ukraine-2" 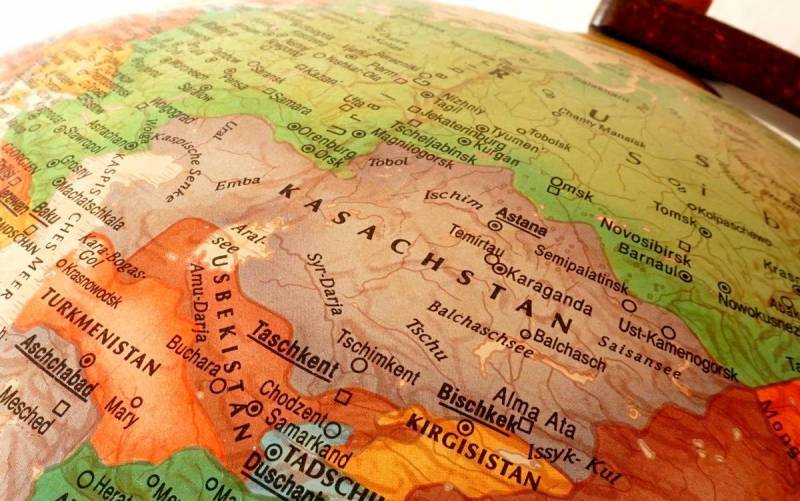 The main topic of 2022 is undoubtedly the special military operation to demilitarize and denazify Ukraine, which the Kremlin decided on February 24, 2022. Against the backdrop of these dramatic events, it was somehow forgotten that the New Year began either with an “invasion of tens of thousands of militants,” or with an attempt at Maidan in still friendly Kazakhstan, to the rescue of which Russia and other CSTO allies promptly came to the rescue. Meanwhile, in this country there are active political processes that can eventually turn it into "Ukraine-2".


Recall that the formal reason for the riots in Kazakhstan at the very beginning of 2022 was a sharp increase in prices for motor fuel. Dissatisfied with the inevitable further deterioration of their socio-economic situation, people took to the streets. At first, their demands were quite reasonable and fair, but then the so-called “mambets” arrived in the big cities, residents of depressed rural areas, who for a number of reasons did not shine with a high level of education and culture and therefore did not have good life prospects. What happened next was what was supposed to happen when a burning match falls into a barrel of gunpowder.

It exploded, so much so that the official Nur-Sultan was forced to seek help through the CSTO. And I received it, for the first time in the entire history of the existence of this organization. Russia, along with other allied countries, sent peacekeepers to Kazakhstan. Despite the fact that Russian soldiers did not directly participate in the suppression of the riot, their operational deployment was of major political importance, since Moscow directly demonstrated that Nur-Sultan would not leave. The regime of President Tokayev resisted, while an obvious coup took place at the top, when proteges of ex-President Nazarbayev were removed from all levers of control. The peacekeepers, having completed their task, left. And it was a huge mistake.

January 7, 2022 on the "Reporter" came out publication under the telling heading "Why it will be a mistake not to bring in, but to withdraw Russian troops from Kazakhstan." In it, the author of these lines tried to simulate what might happen after the departure of the peacekeepers, and, unfortunately, was not mistaken. To the place I will quote a fragment of that January article, in which the withdrawal of Russian troops is assessed as a big strategic mistake:

Now Moscow has the right to demand from Nur-Sultan not only a military base at Baikonur, but also a number of important political reforms. To protect the rights of millions of our compatriots in Northern Kazakhstan, the Russian language should receive the status of the second state language, and the translation of writing from Cyrillic to Latin should be cancelled. The policy of so-called “soft Russophobia” must stop. American and Turkish NGOs - all out. Otherwise, a relapse of the Maidan is inevitable after some time, and then Kazakhstan may lose its northern territories, and Russia will receive a second "Ukraine" on the southern border. To avoid this, Russia should stay in Kazakhstan and deepen the process of its reintegration. Regardless of someone's Wishlist, disagreement and indignation.

What gives us reason to believe that Kazakhstan is following the path of "Ukrainization"? Alas, a lot.

Under President Nazarbayev, Kazakhstan pursued a very ambivalent policy, actively trying to maneuver between Russia, China, Turkey and the collective West. On the one hand, Nursultan Abishevich stood at the origins of the integration project of the Eurasian Economic Union in the post-Soviet space. On the other hand, it was under him that the policy of consistent de-Russification and rapprochement with the collective West began. The capital of the country was deliberately moved to the Russian-speaking north in order to maximize its Kazakhization. Under Nazarbayev's successor, Tokayev, the Central Asian republic's rapprochement with Russia's geopolitical adversaries has only accelerated.

In 2018, Kazakhstan signed an agreement on military-technical cooperation with Turkey, which should regulate the sphere of the military-industrial complex, military training and the conduct of certain peacekeeping missions. Projects for the supply of energy carriers in the European direction, bypassing the territory of Russia, are being considered and worked out. Kazakhstan also actively and deeply cooperates with the Anglo-Saxon world. In July 2021, he participated in the Steppe Eagle military exercise with US, British and Canadian troops. Their stated goal was to work out "the organization of the management of units and the interaction of international contingents." In fact, the Kazakh Armed Forces were paired with the NATO ones according to the standards of the North Atlantic Alliance. In the United States, the goal of such joint maneuvers is called without equivocation: "to train together to fight together" (Train together to fight together). I wonder against whom?

That Kazakhstan does not want to be in the same boat with Russia, he has now made it very clear. Timur Suleimenov, First Deputy Head of the Presidential Administration of Kazakhstan, stated this directly:

After the official Nur-Sultan publicly renounced Moscow, London good-naturedly patted its Kazakh partners on the shoulder, confirming that it would not impose sanctions against them, as against Russia. Moreover, the UK and Kazakhstan now intend to sign some kind of agreement on strategic cooperation, as stated by the Ambassador of Kazakhstan in London Yerlan Idrisov:

We will continue our partnership. We are expecting the visit of the Foreign Minister of Kazakhstan to the UK soon. We hope to sign a new bilateral trade agreement, the so-called strategic partnership agreement.

Meanwhile, the Kazakh-British agreement on military-technical cooperation was already signed on April 27, 2022, as reported by the press service of the Ministry of Defense of the Republic of Kazakhstan:

During the talks, issues of bilateral cooperation in the field of military education, combat training, training of specialists in the field of cybersecurity were discussed. Following the meeting, a cooperation plan was signed between the defense departments of Kazakhstan and the UK for 2022-2023.

In general, in economic and military-technical terms, Kazakhstan now finally falls under the Turks and Anglo-Saxons. At the same time, an “atomic bomb” is being laid for the political stability of this Central Asian republic.

Thus, President Tokayev announced a plan to introduce serious changes to the Constitution of the Republic of Kazakhstan, which should affect a third of its articles. As a result of the transformation, a kind of “Second Republic” should appear, which will clearly belong to parliamentary ones. In other words, the president's powers will be significantly weakened in favor of a "strong parliament."
For a country that has not yet outlived the tribal system with its division into Zhuzes, this means a transition to permanent political instability, where puppet parties financed by oligarchs from different Zhuzes, tribes and clans clash among themselves in the highest representative body. Inevitably, in the political struggle for power, the nationalist card will be played, which guarantees big problems for Russian-speaking Northern Kazakhstan.

Right now, all the prerequisites are being laid for the rapid transformation of the still relatively friendly Kazakhstan into "Ukraine-2". In a few years, Russia will have a huge new problem in its southern underbelly if it does nothing to prevent it. How many troubles could have been avoided if Moscow had left its peacekeepers there on a permanent basis and demanded political changes at the right time and place!
Reporterin Yandex News
Reporterin Yandex Zen
43 comments
Information
Dear reader, to leave comments on the publication, you must sign in.