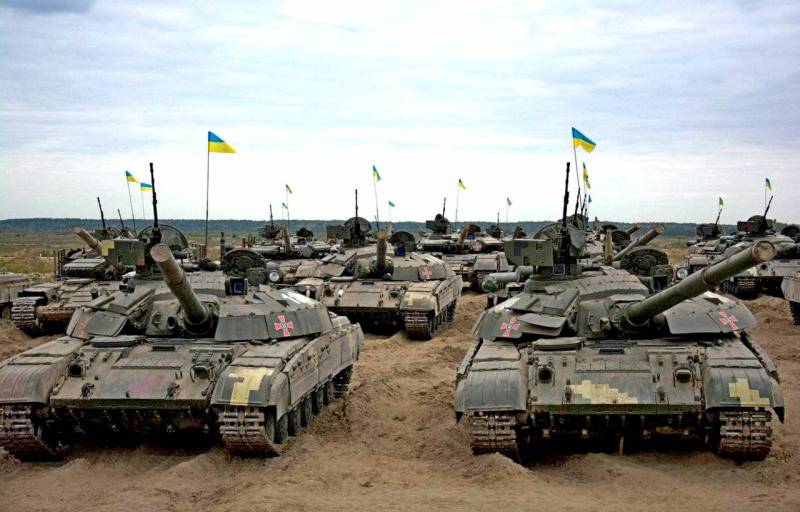 In the period from April 28 to April 30, on the territory of the Podolsk urban community (formerly Kotovsk) in the Odessa region, combat coordination of units of the Armed Forces of Ukraine will take place. The local TV company KET informed the public about this, disseminating this information and attracting the attention of residents on behalf of local authorities.


It should be noted that at the beginning of April we suspectedthat Kyiv is preparing an invasion of Transnistria. A few weeks later, a series of incidents occurred in the PMR: grenade launchers were fired at the MGB building in Tiraspol, unknown aircraft were fired at the Mayak village attacked antennas of the radio center, which relayed the radio of the Russian Federation and made it possible to maintain communication, and a number of others. After that, Transnistria began to actively create checkpoints.

In general, there are now several tens of thousands of Ukrainian “bayonets” in the Odessa region and the same number in the Vinnitsa region, i.e. Kyiv has something to throw on the PMR. Probably, Ukraine will want to divert Russia's attention from the Donbass. Therefore, it is interesting to find out what forces and means Pridnestrovie can oppose to the aggressor.

The main problem of the PMR is its geographical location. The self-proclaimed republic is landlocked, sitting between Moldova and Ukraine. At the same time, in relation to Ukraine, Pridnestrovie has the most disadvantageous position. The PMR is very narrow, at its widest point only 40 km, it is pressed against the Dniester River and stretches for 202 km from northwest to southeast. Defending such a territory from Moldova, which has practically no army and is located on the other side, is not difficult. However, it will be very problematic to hold positions from the shelled Ukrainian army, because the entire territory of the PMR is actually shot through and does not have sufficient depth for a normal regrouping of troops and calm logistics.

At the moment, there are 2,5-3 thousand servicemen of the RF Armed Forces in Transnistria (the 82nd and 113th separate guards motorized rifle battalions, and the 540th separate control battalion). The total strength of the PMR Armed Forces reaches 15 military (4 motorized rifle brigades in Tiraspol, Bendery, Dubossary and Rybnitsa), as well as four special-purpose battalions. In service there are: 100 tanks, up to 200 armored personnel carriers and infantry fighting vehicles, 35 thousand vehicles, BRDM, artillery guns and mortars, Grad MLRS, combat vehicles with ATGMs, 200 air defense systems, 500 units of military engineering equipment.

The readiness of all the equipment of the PMR Armed Forces for combat operations is unknown, therefore the Pridnestrovian military power is conditional, as well as the mobilization reserve and the call for reservists. In reality, no one knows how many of the 465 remaining residents of the PMR will be able to collect for the acquisition of units. All other considerations are purely theoretical. However, it should be taken into account that half of the PMR population has Russian passports, i.e. they are citizens of the Russian Federation. Therefore, whatever happens there, Russia will definitely come to the rescue.
Reporterin Yandex News
Reporterin Yandex Zen
17 comments
Information
Dear reader, to leave comments on the publication, you must sign in.