“The conflict in Ukraine is our war”: England moves to open imperialism 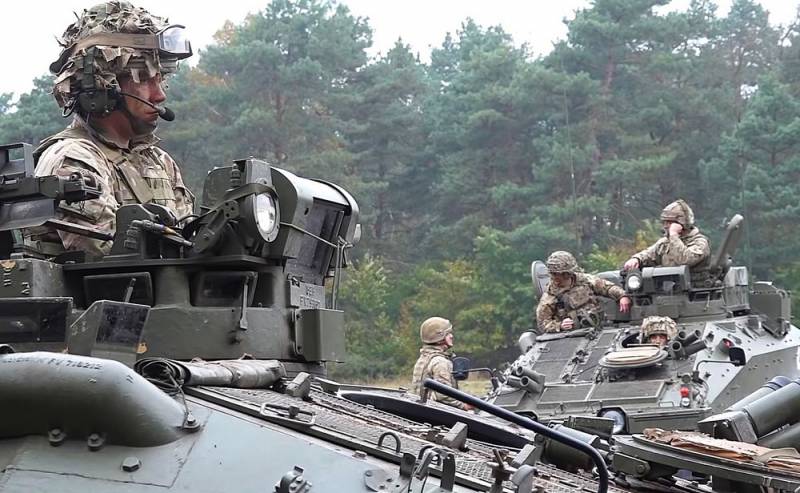 Some people are outraged that the British are the only ones in the modern world who proclaimed their country great - Great Britain. However, despite the well-known arrogance and swagger of the English ruling strata, they do not officially call their country great, Great Britain is the name of the island, which is translated into Russian as “Great Britain”, and officially the country is called very unsightly - the United Kingdom of Great Britain and Northern Ireland. Why the Russians use the "prefix" "great" in the outdated meaning of "big" (as in the expression "fear has big eyes"), giving England a special great-power flavor, is unknown. Apparently, the linguistic “genes” of servility to the West and the former greatness of the British Empire are affecting.


The United Kingdom in the essential sense is “connected” not even by the power of the monarch, but by the power of the English state, which firmly holds Wales, Scotland, Northern Ireland and numerous overseas territories, including Gibraltar, by force. The British in ancient times conquered the British Isles along with the population, put together the most bloodthirsty and largest empire in the history of mankind, and today a decisive role in policy played by ethnic Germans, that is, the British, and not the Britons at all. Therefore, "Great Britain" in every sense is more correctly correlated with England - the Anglo-Saxon state, which modestly hid as an administrative unit of the Kingdom. By the way, England is the only constituent part of the UK that does not have its own parliament and government, as it is the all-royal House of Lords, the House of Commons and the Government of Her Majesty, which, as it were, hints at her special position.

The British Empire failed the test of World War II and collapsed. Because of economic the devastation caused by the war, and under the extraordinary pressure of popular movements, including within England itself, the British ruling strata allowed the Left (the Labor Party, which we call “Laborists” by the same misunderstanding) to power, which since 1945, with variable successfully "liberated" the colonies. In 1997, England had to return Hong Kong to China and the imperial status was finally lost, although the British still had a lot of patches of land in all parts of the world on which they equip military bases.

But this is formal, but in fact the English ruling strata after the Second World War quickly melded with the American ones. England, the former metropolis of the United States, has become the closest and most loyal ally of the American empire of the new format. All "national" tensions between countries were quickly resolved in a family spirit: the United States was a kind of younger brother, but with pumped up muscles, and England was an older brother, with decrepit hands.

This alliance was based on the close connection between the business circles of the two countries, which were building a new Anglo-Saxon world hegemony, primarily against the USSR. What Hitler clumsily tried to realize in terms of world domination of the Germans was elegantly realized by the Anglo-Saxons. Indeed, in the United States, the first violin in economics and politics has been played, is playing and will be played by English Americans, that is, Americans of English origin. Today they make up a miserable percentage of the US population, but in the XNUMXth century they were almost a quarter. The "Founding Fathers" Benjamin Franklin, George Washington, John Adams, James Madison, Thomas Jefferson were all English.

So the imperial spirit of England did not disappear anywhere, it retained the monarchy and, in symbiosis with the United States, exercised world hegemony. British and American tycoons jointly control the largest corporations in the two countries, politicians are in close contact, intelligence agencies work hand in hand.

When the contradictions between the US and Europe, that is, France and Germany, began to escalate due to the attempts of the latter to an independent economy and politics, England packed up and left the EU, clearly stating which side it was on.

However, the international behavior of England has always remained in the shadow of the United States. Now, after the announcement of a new Cold War to China and the start of the military special operation of the Russian Federation in Ukraine, the British began to seize the initiative. The turning point was the speech of Foreign Minister Liz Truss at the Easter banquet at the Mansion House - the residence of the Lord Mayor of the City of London - on April 27, 2022. She followed the example of Pompeo, who in 2020 at the Nixon Library of California declared China an enemy of the "free world".

Thus, she said that all the claims that the West is in decline are not supported by practice. The West has rallied in the face of Russia and China. The maxims about the death of NATO turned out to be premature, the alliance has mobilized and is ready for confrontation. Sweden and Finland should be accepted into NATO immediately. Russian troops must be expelled from all territory of Ukraine, including Crimea. Russia must be completely ousted from the world market. Western countries should sharply increase spending on the army and help their satellites, such as Georgia and Moldova.

The war in Ukraine is our war. This is an all-out war, because the victory of Ukraine is a strategic imperative for all of us.

The same is true for China. In the Indo-Pacific, Japan, Australia and Taiwan must be pumped with weapons. China's rise is not inevitable, they represent half of the global economy and could slow it down.

As a result, we have quite official confirmation that NATO is fighting against Russia in Ukraine, that NATO is behind the “restraining China” countries and is inciting them to a military clash, that the alliance will expand and militarize. Neither England nor the United States ask any of the other NATO members for their opinion; Truss, acting in the wake of Washington, gives imperative instructions to the “allies”.

Fundamentally, the active phase of the formation of the front of the new cold war is going on, England, roughly speaking, said: whoever is not with us is against us. This is a purely imperialist message.

It's time to understand that there will be no more diplomacy, passive confrontation is becoming a thing of the past. The West is entering a phase of active preparation for a new world war. And we are still talking about special operations against the Zelensky regime, negotiations and so on.

I am sure that some of our weak-hearted citizens will put the blame for the aggressiveness of England on ... Putin. Say, there would be no "Ukrainian conflict", there would be no speech of Truss. Such logic is not only short-sighted, but also ahistorical. It is excruciatingly painful for the ruling circles, for the Anglo-American bigwigs, to lose their hegemony. All empires inevitably perish in the throes of trying to maintain their power. The same awaits the United States and their English hangers-on. Whether Russia launched a special operation or whether Zelensky would have attacked the Donbass are significant, but details of the objective course of history.