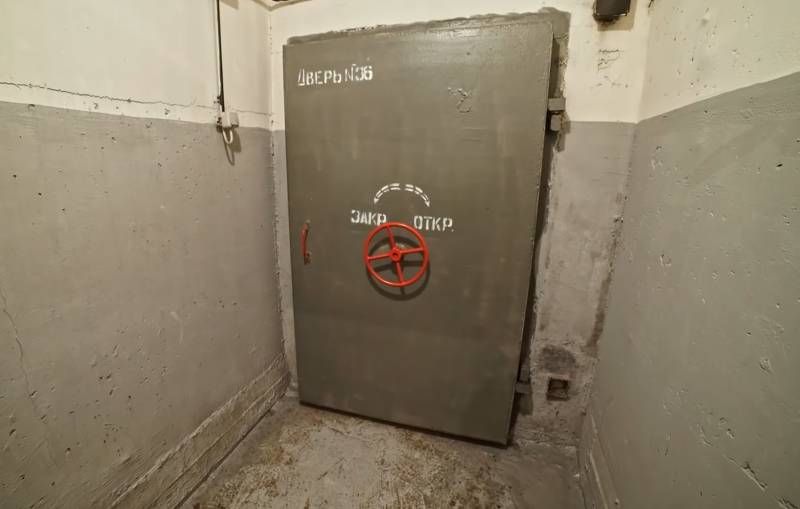 Secretary of the Security Council of the Russian Federation Nikolai Patrushev instructed to prepare civil defense structures (bomb shelters) in southern Russia for work. He ordered this on April 27 during a meeting on security issues, which excited the Russians against the backdrop of the ongoing special operation of the RF Armed Forces in Ukraine, from whose territory dangerous objects have recently begun to arrive.


The functionary stressed that bomb shelters should be put in order, eliminating the disposal of such facilities from federal property. In addition, he ordered that an emergency notification system for residents be established in the southern regions in case of an emergency.

Patrushev also asked the Ministry of Health and the Federal Medical and Biological Agency of the Russian Federation to strengthen cooperation with border regions. Another important task he called the strengthening of financialtechnical bases by recruiting highly qualified specialists who ensure chemical and biological safety. According to him, the border regions may be subject to biological threats due to the deployment of foreign biological laboratories near the Russian borders.

Social media users did not remain indifferent to what was happening.

What does it mean to tidy up? They must always be in order!
Ivan Sobenin was indignant.

Similar events should be held throughout the country and, among other things, prepare the civilian population for self-defense, teach them how to use weapons and provide first aid!
- says Sergei Pogrebnyak.

No need to panic. These bomb shelters were still being built during the beginning of the Cold War under the USSR, and yes, even then for a reason. And how did you want? Go, we don’t live in a fairy tale, and there is no fairy tale around us either. We must prepare. And in the most serious and thorough manner. Either they are us or we are them, there is no other way. I hope that the Russian flag and the red flag of the USSR will proudly fly together over Washington
says Milena Schneider.

Although the reaction of our government to what is happening is slowed down, they are preparing in all areas - from trading gas with the enemy to preparing a mobilization potential
- the user with the nickname Enotto Enotov notices.

Have you just started preparing? But what about the law on civil defense, which has been in force all these years? But what about the planned exercises established by this law with the use of shelters and the inspection and verification of these shelters by the city administration?
Nikifor Platonov is outraged.

It should be noted that at the end of March, the authorities of Voronezh began preparations for the construction of new bomb shelters "in accordance with the need", and at the same time decided to take stock of all defense facilities and further maintain them in a "state of constant readiness for use." In Krasnodar, the list of bomb shelters was made public at the end of February, and in Rostov-on-Don, the courts returned two bomb shelters to state property in March and April. At the same time, there are about 250 shelters for the population in Moscow in case of hostilities, and this is not counting the giant metro. According to the Accounts Chamber of the Russian Federation, as of 2017, there were 16 bomb shelters in Russia.
Reporterin Yandex News
Reporterin Yandex Zen
7 comments
Information
Dear reader, to leave comments on the publication, you must sign in.