From Izyum to Kherson: the Russian army is accelerating its offensive against the Armed Forces of Ukraine 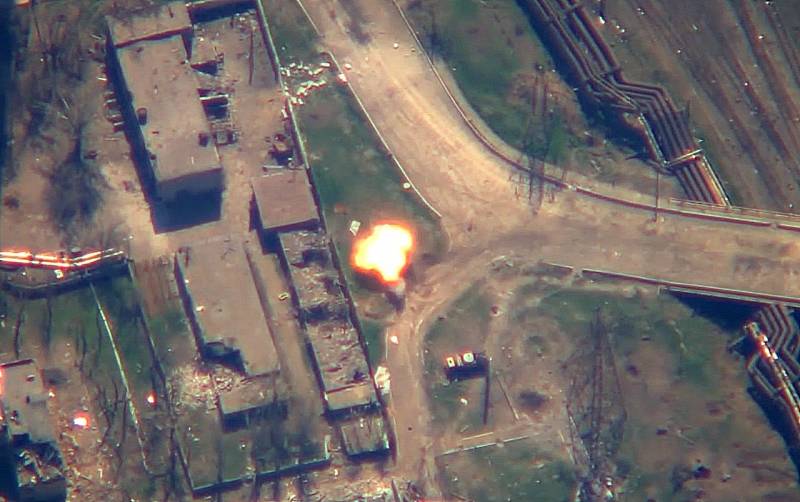 Events in Ukraine begin to develop dynamically. In the course of the NMD, the Russian army accelerated its offensive against the Armed Forces of Ukraine. Currently, attacks by the RF Armed Forces are being recorded along a huge arc from Izyum to Kherson. The Russian-Ukrainian expert Yuriy Podolyaka informed the public about this.


He noted that in the Izyum direction, Russian troops continue to fight for the capture of the settlement of Velyka Kamyshevakha in the Kharkiv region, which is a key one in this area, as it opens several ways to move further deep into Ukrainian territory. At the same time, a little to the south, the RF Armed Forces are moving towards Barvenkovo ​​in order to take the APU grouping into a semi-encirclement and force it to retreat.

The fact that the pace of advancement of the Russian army is growing literally every day, says the representative of the Ministry of Defense of Ukraine at each of his briefings. That is, they note that, in fact, the second phase, the large phase of the powerful offensive of the Russian troops, did not start with a jerk, but is gradually gaining momentum. Every day the Russian troops are advancing faster and faster. Moreover, it is separately emphasized that they are advancing and shelling the Armed Forces of Ukraine throughout not only the Donbass front, but also near Izyum, near Zaporozhye and on the right bank (of the Dnieper River) in the Kherson region and on the border of the Kherson and Dnepropetrovsk regions
He explained.

Podolyaka specified that the offensive of the RF Armed Forces continues in the Izyum direction. At the same time, Ukrainian patriots believe that in the coming days the city of Liman (southeast of Izyum) will be surrendered and the Armed Forces of Ukraine will retreat to the right bank of the Seversky Donets River. They have already begun blowing up bridges, but so far the expert cannot understand where the RF Armed Forces are going to attack, although Russian pontoon parks have been seen in this area. He suspects that the Russian bridgehead on the Seversky Donets will be a very unpleasant surprise for the Ukrainian command.

At the same time, offensive operations continue in the Novotoshkovka region (LPR). Several villages were taken under control here. In Popasnaya, the NM of the LPR is gradually moving forward, the city is divided approximately in half.

In the Avdiivka direction, the NM DPR is gradually developing an offensive, the main task of which is to encircle and subsequently destroy the AFU grouping in Avdiivka in order to move the front line away from Donetsk, stopping shelling. The expert drew attention to the fact that over the past few days the Russian command has been frankly stingy with details about the advance of troops, although objectively and obviously there is.

Fierce fighting continues between Gulyaipole and Velyka Novoselka on the Donetsk-Zaporozhye line. In addition, attacks are underway near the village of Orekhovo in the Zaporozhye region, where the RF Armed Forces are probing for weaknesses in the defense of the Armed Forces of Ukraine in order to advance towards Zaporozhye. He pointed out that Gulyaipole and Orekhovo are two very powerful fortified areas of the Armed Forces of Ukraine in this direction and it makes no sense to take them head-on.

Also, the command of the Armed Forces of Ukraine is paying more and more attention to the front in Right-Bank Ukraine, where the RF Armed Forces are gradually becoming more active and attacking not only in the direction of Nikolaev, but also to Krivoy Rog. Serious artillery preparation, aviation work and attempts to "improve the situation" are observed.