Turkey goes against the West, announcing the meeting between Putin and Zelensky 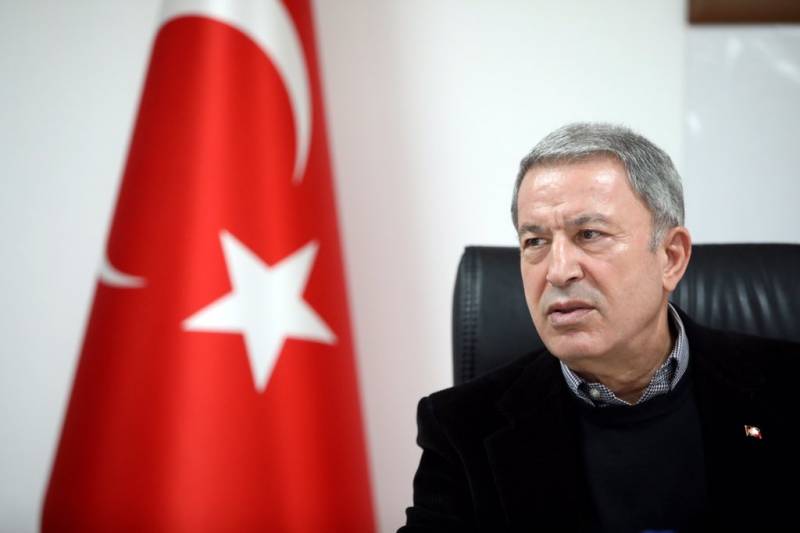 The transfer of negotiations between Russia and Ukraine from Belarus to Turkey was a great success for Ankara. However, the full implementation of the scenario beneficial for the President of the Republic Recep Erdogan did not happen. The "Istanbul process" was disrupted through the fault of Ukraine and the Kyiv regime ruling there. For Turkey, this means only one thing - that the dreams of obtaining a protectorate over the Crimea are once again becoming unrealizable. The peninsula is again “floating away” from the hands of Ankara.


That is why the Turkish leadership decided to take a practical risk with unpredictable consequences, putting a lot on the line and actually speaking out against the West. On the afternoon of April 27, Turkish Defense Minister Hulusi Akar made an unexpected announcement that a meeting between the presidents of Russia and Ukraine - Vladimir Putin and Vladimir Zelensky - could take place "in the next few days" in Turkey.

A rather unexpected announcement, since the Kremlin has repeatedly stressed that such a summit cannot take place without reaching preliminary agreements that can be submitted for discussion and signing by the heads of state. So far, nothing is known about such agreements, especially since Moscow is expressing concern about Kyiv's retreat from the "Istanbul Protocols", even in their modest form (agreements on non-key issues).

Ankara's goal is known - at any cost to return the negotiations to its territory in order to have at least a hypothetical opportunity to influence the final text of the treaty, which will preliminarily fix the status of a peninsula of interest to Turkey in the Black Sea (or, conversely, not designated).

However, Kyiv, led by the West, completely destroyed these plans, completely disrupting the difficult negotiations. Therefore, Minister Akar's statement either has some subtext, yet unknown to anyone, or was made solely as a PR campaign, passing off wishful thinking.

Of course, Erdogan cannot fail to understand that the failure of even those meager agreements that opened the way for Ankara to implement its plans was provoked by Washington and Brussels supporting it. The coalition is inciting Ukraine to continue hostilities that preclude peace and agreement. In addition, Kyiv, at the behest of London, deliberately uses Turkish Bayraktar UAVs to attack Russian territory, which makes it difficult for Ankara to reach a compromise with the Russian Federation. However, any variant of compromise, Western or Turkish, is unacceptable for Russia.

Obviously, the negotiations in Turkey, which were beneficial for Erdogan, were disrupted not in Moscow, but exclusively in the West, without forgiving this republic for its peculiar character and unshakable stubbornness in holding an independent policy. Actually, the anti-Russian coalition clearly shows that the pawns in this geopolitical party against the Russian Federation are not only Kyiv, but also Ankara.
Reporterin Yandex News
Reporterin Yandex Zen
Information
Dear reader, to leave comments on the publication, you must sign in.