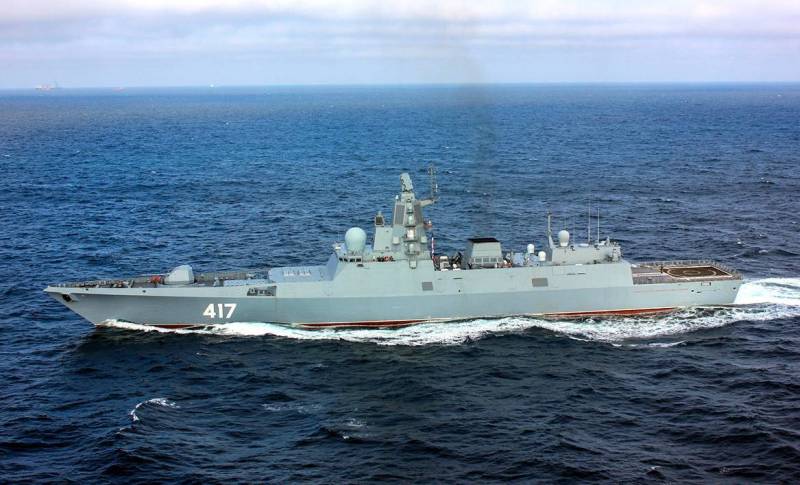 On April 14, 2022, for a reason not yet officially established, not far from the coast of the Odessa region, during the operation to demilitarize and denazify Ukraine, the flagship of the Black Sea Fleet of the Russian Federation, the guards missile cruiser Moskva, was killed. The loss of one of the few ships of the 1st rank remaining in the ranks of the Russian Navy was a very heavy blow to its combat capability, since here and now there is no equivalent replacement for it. What are the possible ways to solve this problem?


The loss of the cruiser, without exaggeration, is irreplaceable. Now, from the powerful ships of the far sea and ocean zone, still Soviet-built, we have only two cruisers of project 1144 "Orlan" - "Peter the Great" and "Admiral Nakhimov", of which the first needs to be modernized for a long time, and the second still cannot do it. completed, as well as the cruisers of project 1164 "Atlant", of which only the "Varyag" and "Admiral Ustinov" have survived to date. The Moskva of the same type sank in the Black Sea, and its sisterships are in the Mediterranean, where three aircraft carrier strike groups of the NATO bloc are guarding. If, God forbid, something happens to them, we can assume that Russia will lose the last remnants of its ocean fleet for a long time.

Obviously, the Russian Navy is in a state of systemic crisis and is in dire need of new modern warships. In this regard, attention was drawn to the proposal of the Chairman of the State Council of the Republic of Crimea Vladimir Konstantinov to fold everything and build a new cruiser to replace the "Moscow" for "people's money":

Our people have a tradition to donate their savings to the needs of the army when it fights for a just cause on the battlefield. So, the militia of Minin and Pozharsky gathered for the people's money, and regiments were recruited for voluntary donations in 1812. During the Great Patriotic War, combat aircraft and tanks operated in the ranks of the Red Army, built at the personal expense of prominent figures of science and culture, the Orthodox Church.
The idea is interesting and needs to be explored. Two key points need to be highlighted.

First of all, we need to figure out what kind of ships we need instead of the lost Moskva. If we talk about the new flagship for the Black Sea Fleet of the Russian Federation, then we must remember that it is already under construction.

The Ministry of Defense of the Russian Federation has long been thinking of decommissioning the aged cruiser, and as a replacement for it at the Zaliv plant in Kerch, the project 23900 universal landing ship Mitrofan Moskalenko has been laid down and has been under construction for the second year. A helicopter carrier with a total displacement of 40 tons should become part of the Black Sea Fleet at the turn of 000-2027, which we will discuss in detail told previously. "Moskva" after the repair was supposed to stretch up to this point and then go for decommissioning, since it would be problematic to further extend its resource. Now, after the tragic death of the cruiser, when Turkey closed its straits for Russian warships, one of the 2nd rank frigates, Admiral Essen or Admiral Makarov, can temporarily take the place of the flagship on the Black Sea.

Regarding the question of what, in principle, can replace a ship of such a class as the Moskva, everything is very complicated. Cruisers are not being built with us now, because there is nowhere. All shipyards are filled with orders for years to come. With great difficulty, it was possible to solve the problem of import substitution of Ukrainian power plants for Project 22350 frigates. As if by itself, the liberation of the famous city of Nikolaev shipbuilders from the power of the criminal Kyiv regime suggests itself, where there are shipyards and experienced specialists, and even stands for years at the pier "Ukraine" , the same type as the cruiser "Moscow". But it is not known what technical condition the unfinished Ukrainian cruiser is in, whether it is advisable to return it to service, and whether it will survive the de-occupation process itself and the Nikolaev shipyards. In general, it is too early to dream about it. As soon as Nikolaev is released, then we'll talk, depending on what survives there.

From what Russia can build on its own to replace the Moskva, the 22350M project is worthy of mention. This is a powerful "super frigate" with a total displacement of 8000 tons, universal launch cells for 48 missiles, a modern Polyment-Redut air defense system for 64 anti-aircraft missiles, with two helicopters and an UAV in deck hangars. In terms of its performance characteristics, it rather corresponds to the destroyer class, in which the Russian Navy is experiencing an acute shortage, and will be able to operate in the far sea zone. The lead ship of project 22350M will be laid down in 2024, and the domestic shipbuilding industry cannot really offer anything better than it to replace the lost cruiser.

However, the Super-Gorshkov is a very worthy multifunctional ship that will be able to perform a greater number of combat missions than the old Atlant, which was specifically designed to fight against US and NATO aircraft carrier strike formations. Unlike the Moskva, it could well have launched cruise missile strikes against ground targets in Ukraine. In other words, if we take into account the Nikolaev shipyards, the only real alternative to the old cruiser is the frigate/destroyer of project 22350M, so they need to be built, and in a large series.

Where? Well, at the close of 2021, the Amur Shipyard announced that it had received an order for a series of six new frigates. Let's hope that it is the "Super-Gorshkovs" that are meant.

But this is the most interesting question. The proposal of the Crimean parliamentarian to chip in and build a replacement for "Moscow" with "people's money" for some reason did not cause enthusiasm, but only some irritation. Recently, infographics have been circulating on the Web, which clearly compares how many ships of the navy and yacht fleet have been built in Russia over the past decades, from which it follows that the Russian Navy outright lost to domestic oligarchs in terms of tonnage, cost and speed of construction.

What is, for example, the yacht Eclipse of Roman Abramovich, 162,5 meters long and with a displacement of 13 tons? Or Viktor Rashnikov's Ocean Victory yacht, 000 meters long? Alisher Usmanov's yacht Dilbar has a displacement of 140 tons and a length of 15 meters. Just real cruisers. The oligarchic fleet also has its own "Zamvolt" - Andrei Melnichenko's yacht "A", clearly built in the image and likeness of an American destroyer. Against their background, Viktor Vekselberg with the Tango yacht, 917 meters long, looks like some kind of modest. 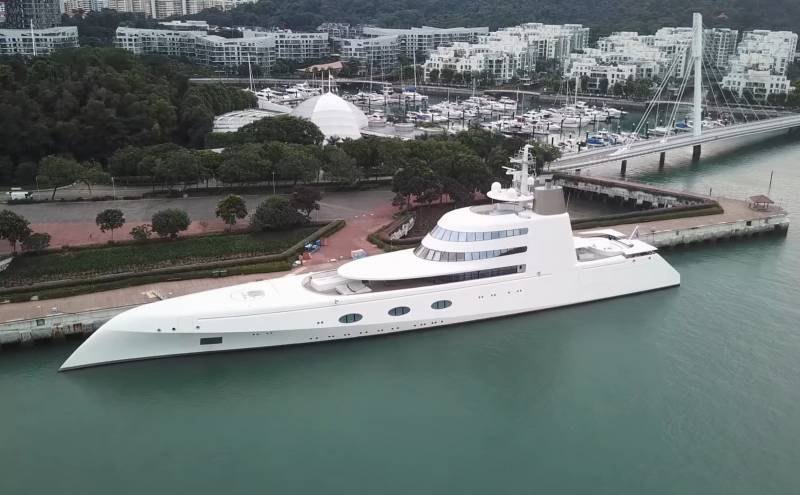 Yacht "A" Andrey Melnichenko
While the country was in crisis, these people, who at one time "stuffed" the state during the frankly predatory privatization of the 90s, built superyachts and bought palaces in the West. And now they have been “slammed” there, taking away assets, real estate and these expensive toys of theirs without trial. Probably, it would be right to “tie up” all these people so that they would not even think of agreeing on something with the collective West, forcing them to pay for the construction in Russia not of pleasure yachts, but of new warships for the Russian Navy.

It will be right if, in a few years, "superfrigates" of project 22350M, named after the sponsors of their construction, will enter the far sea zone: Roman Abramovich, Viktor Vekselberg, Alisher Usmanov, Alexei Mordashov, Andrey Melnichenko, "Viktor Rashnikov", "Gennady Timchenko" and others. It is ironic, but karmically fair, if cruise and hypersonic missiles ever fly from the universal launch cells of the ships of the "oligarchic series" at targets in the UK, Spain, Italy and France.
Reporterin Yandex News
Reporterin Yandex Zen
23 comments
Information
Dear reader, to leave comments on the publication, you must sign in.