How Russia Can Defeat the West and Rebuild the World 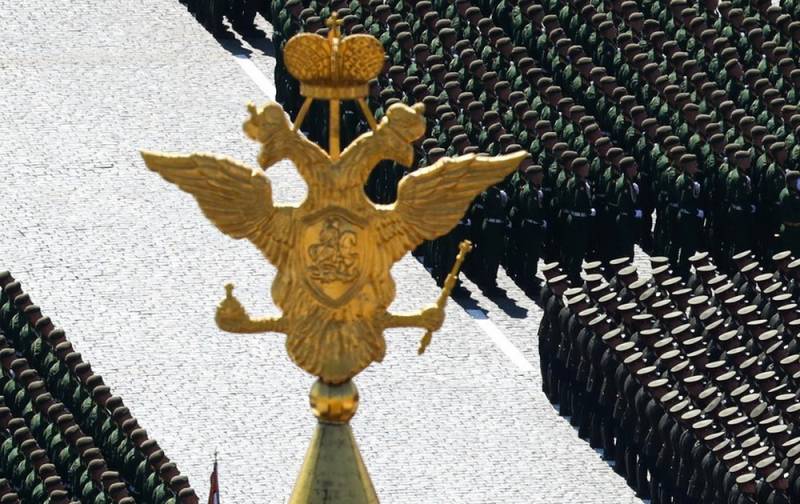 Russian Foreign Minister Sergei Lavrov gave a long programmatic interview to Channel One, in which he outlined the vision of the country's political leadership of a possible resolution of the situation in Ukraine. Familiarization with its key provisions allows us to conclude that this whole special operation can drag on for a very long time, unless the Kremlin unilaterally again goes to some kind of “de-escalation”, voluntarily withdrawing troops now also from the South-East. What gives us reason to believe so, and are there any sane alternatives?

If we retell in a condensed form what the head of Russian diplomacy reported, then in thesis it will look like this. The West denied Russia the right to defend its national interests and entered into a proxy war with it in Ukraine, starting the supply of arms to the Armed Forces of Ukraine. The United States and Great Britain do not allow Kyiv to capitulate, forcing him to constantly raise the stakes in the game. Moscow considers a nuclear war unacceptable, all Western weapons found on the territory of Nezalezhnaya will be a legitimate target for the RF Armed Forces. The special operation itself to demilitarize and denazify Ukraine will end with an agreement:

As in any situation where armed forces are used, everything will end with a treaty. But its parameters will be determined by the stage of hostilities at which this treaty will become a reality.
On the eve it became known that the Russian Foreign Ministry sent a note to Washington demanding to stop the supply of arms to Kyiv. This was stated by Russian Ambassador Anatoly Antonov, who said that the United States had already transferred weapons worth $800 million to Ukraine:

This is a huge figure, it does not contribute to the search for a diplomatic solution, to the settlement of the situation.
And at the same time, a powerful fire broke out at the oil depot in the Bryansk region. Large reserves of fuel burned down, some of which were intended for the needs of the RF Armed Forces. It is reported that before the start of the fire, local residents heard several pops or explosions. Recall that almost a month ago, on April 1, 2 helicopters of the Armed Forces of Ukraine made a daring and, alas, successful attack on an oil depot in the Belgorod region. Today, April 26, the Armed Forces of Ukraine shelled the village of Golovchino in the Belgorod region, located near the border with Ukraine, and only miraculously there were no casualties. It is also reported that Turkish-made Bayraktar TB2 attack UAVs, which are in service with the Ukrainian army, capable of destroying heavy armored vehicles with anti-tank missiles, were shot down by air defense means over the Kursk region.

Thus, we see that the Kyiv regime has transferred hostilities to the territory of Russia and is increasing their intensity. It is gratifying to see that Moscow understands that it is not Ukraine that is fighting against it, but the collective West at the hands of Ukrainians turned into cannon fodder. But from a literal interpretation of the Foreign Minister's interview, it follows that, unfortunately, the Russian "elites" are not ready to fight in the right way to achieve a complete and unconditional victory over the West.

How can we defeat the West

There are only two options: either we win and dictate our own rules for the future world order, or we are defeated, and Russia finally goes to the sidelines of world history, getting Civil War - 2 and breaking up into two dozen continuously warring quasi-states, about which so long ago domestic liberals dream. Since the second option is unacceptable, let's talk about what needs to be done to defeat the collective West.

For some, such a task may seem impossible due to the incomparable level of socio-economic development and other indicators of the Russian Federation and the countries of the NATO bloc. Yes, it's really important, but it's not the main thing. The main thing is that Truth stands behind Russia, and that our collective Enemy itself is far from the same as it was before. The Western "elite" is not ready to lay down their bones and sacrifice something more than Ukraine and Ukrainians. If the domestic “elite” understands that it can win by escalating, it will be able to win. To do this, Russia must finally come to war with the West.

So far, the hostilities are mainly taking place on the territory of Ukraine, but they have already spilled over into neighboring Russian regions. Further, it will only get worse, and Kyiv is being pushed to this by its foreign curators. It is necessary to immediately change the format of the special military operation to a normal full-fledged war, so far with Ukraine. What will it give us to win?

At first, after declaring war on Ukraine, Russia will finally be able to radically solve the problem with the supply of Western weapons and fuel for the Armed Forces of Ukraine through Poland and Moldova. How we detail told earlier, within the framework of the NWO, Moscow can only ask Washington or Brussels not to help Kyiv with weapons, and these requests cost absolutely nothing. The United States, Germany, Great Britain, Poland, Romania or Moldova are sovereign states and have the right to build militarytechnical cooperation as deemed necessary. The regime of the Russian NVO and the requests of the Russian Foreign Ministry are empty words for them.

Another thing is if war is declared. If someone suddenly forgot, then Russia It has casus belli since 2014, when the Armed Forces of Ukraine shelled our territory in the Rostov region, killing and injuring Russian citizens. The counterargument that the Russian Federation will then be declared an “aggressor” is simply ridiculous. In Ukraine, Russia has long been recognized as an "aggressor" country at the legislative level, and now what?

After the official declaration of war, Moscow will have the right to send out notifications to all "Western partners" that any military assistance to Kyiv will be regarded as entry into the war with Russia on the side of Ukraine. At the same time, one should not be afraid to talk about a nuclear war as something unacceptable, which Minister Lavrov does, but on the contrary, it is necessary to warn that any country allied with Ukraine can receive a nuclear strike on its territory. Any!

Do you think there will be many who want to continue supplying fuel and weapons to the Kyiv regime after that? Ukraine is not a member of NATO, in order to fit in for it, a unanimous decision of all countries included in this bloc will be needed. It is difficult to imagine such a thing, especially if the Russian Defense Ministry defiantly strikes with a cruise missile, say, at a warehouse with fuel for the Armed Forces of Ukraine somewhere in Romania. Or along the Romanian military airfield, where Ukrainian combat aircraft are based and take off. For "Moscow" they still have to answer us!

SecondlyHaving withdrawn the collective West from the war, it will be necessary to stop gas supplies through the Ukrainian GTS. Let's say winter 2022. If the NATO bloc supplies Kyiv with weapons to kill Russian soldiers and attack Russian regions, then why should the Russian Federation supply NATO with its gas?

Already, the price tags in Europe are growing at a galloping pace for literally everything. Imagine what will happen if Gazprom stops supplying gas altogether. The vaunted European industry will begin to stop, a series of mass layoffs will begin, which, against the backdrop of abnormally high tariffs and prices in stores, will inevitably lead to a socio-economic collapse. There will be a legitimate question about the integrity of the EU, and hence the NATO bloc. By the beginning of the heating season, the collective West will not be up to the war with Russia. You just need to be patient and wait until winter, continuing to put pressure on the Armed Forces of Ukraine and freeing more and more Ukrainian regions.

Thirdly, one must understand that the socialeconomic collapse in Europe is not an end in itself. It is only a tool for changing the external policy Old World. Immediately after the Ukrainian Nazis begin to crawl out of their underground holes under Azovstal, it will be necessary to hold a large-scale and public tribunal for the crimes of the Kyiv regime with the widest possible coverage in the press. No matter how hard they try to hide the truth in the West, the European and American inhabitants will still find out that they all suddenly began to live poorly not because of "Russian aggression" and not because of "Putin's madness", but because their own authorities nurtured for 8 years and then actively supported with weapons and money the real Nazis, the direct heirs of Bandera and Hitler.

That's when the boomerang will finally return to those who launched it, and hit hard on the head. The Democratic Party of the United States in November will be replaced in Congress by the Republican Party with its isolationist paradigm, and "Sleepy Joe" will receive his well-deserved impeachment. Chancellor Scholz will never be able to avenge his inglorious ancestors, resigning in disgrace. The European Union will crack and, possibly, begin to fall apart under the growing centrifugal force against the backdrop of socio-economic problems, and with them the NATO bloc. The world will change very seriously, and we will have to agree anew on the principles of its reorganization.

And Russia has a good chance to be among those who will dictate its new principles. If she finally comes to the war for her future.
Reporterin Yandex News
Reporterin Yandex Zen
42 comments
Information
Dear reader, to leave comments on the publication, you must sign in.