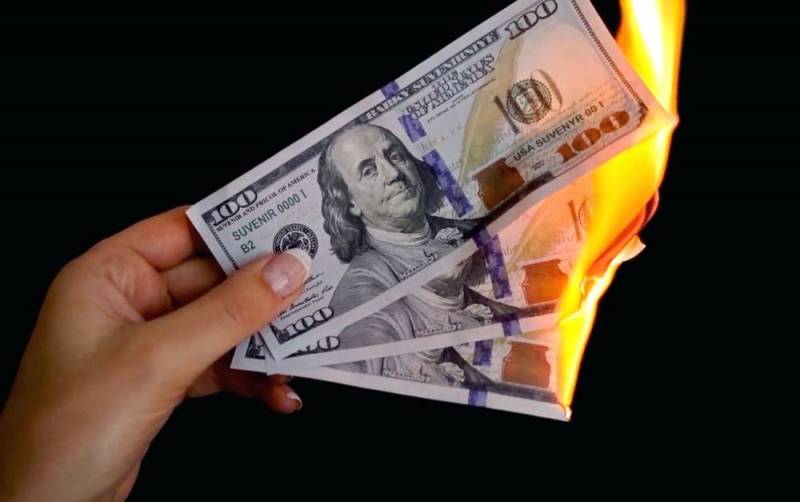 Economic the nature of the West's hybrid war against Russia is becoming increasingly difficult to conceal. Negative consequences will come not only for both sides of a large-scale conflict, but also for third countries. The financial system of the whole world will be affected. Observers from the side of the state will certainly take measures similar to military preparations for aggression. However, in this case it will concern the financial and economic component of counteraction and struggle.


The freezing (although in fact this is the final withdrawal) of the foreign exchange assets of the Central Bank of the Russian Federation will certainly force the main financial institutions of the countries of the world to “hide” their reserves that have been accumulating for so long and stubbornly more reliably. Jan Peter Cranen, a professor at the Goethe University in Frankfurt am Main, is convinced of this.

In his opinion, several options are available in order to secure the national treasure from illegal encroachments of the American government. One of the main ways will be the creation of "state shell companies".

Now all frightened countries will immediately ask themselves the question, is it worth it to openly keep all assets in Western accounts? Therefore, the diversification of reserves will affect not only the currency of storage, but also the places where and where they will be invested.
- the German expert believes.

A distinctive feature of all available methods of avoiding the possible blocking of foreign currency accounts can be the anonymization of deposits, the concealment of identity, Cranen is sure.

The experience of America's robbery of Russia will allow us to draw some conclusions, the main of which is that it is impossible to keep the entire fund of funds in one place, especially in the West. In addition, it is necessary to break down the entire amount into smaller deposits and place them anonymously in various private financial institutions doing business in the capital market. In this case, it will be more difficult to calculate the specific owner, and it is completely impossible to block the entire amount of state savings.

At the same time, such a distribution of capital will make available any financial transactions with reserves, for example, such as investing, making a profit on a deposit. And it's safe.

It is noteworthy that Kranen implies that "anti-Western countries" will follow his advice. But this is not so: any country, even the Western coalition, can fall under the disgrace of Washington if, for example, it dares to disobey the "general" opinion formed in the United States. Therefore, most likely, the predatory sanctions of the White House against Russia (before that, the withdrawal of gold reserves was applied only to third world countries) will be the last straw before the global restructuring of the logic and schemes of the work of central banks in the financial market around the world.
Reporterin Yandex News
Reporterin Yandex Zen
2 comments
Information
Dear reader, to leave comments on the publication, you must sign in.