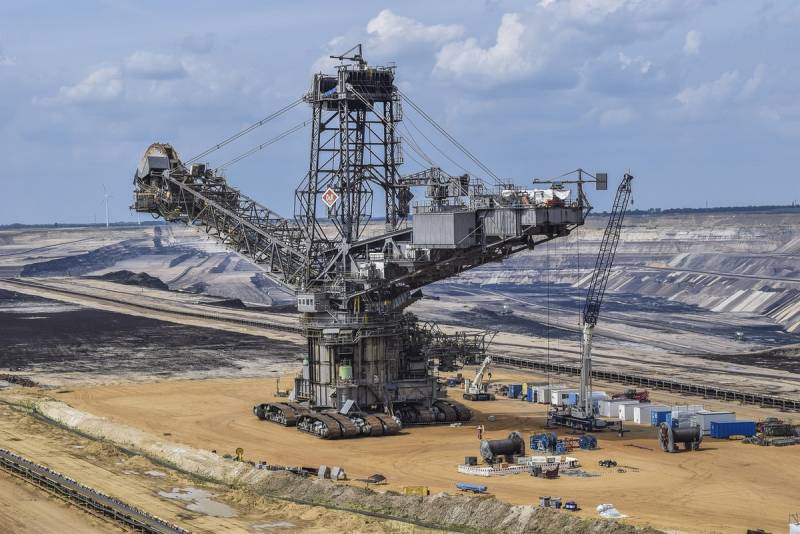 Over the past few years, Europe's long-term environmental plans have taken a heavy toll on the world's coal mining industry. However, already this year, the industry is delivering a worthy retaliatory “double” blow to all European plans. It is safe to say that coal very quickly regains lost ground. This is frankly written by the American analytical agency Bloomberg.


According to experts, in Italy and even Germany, which completely mothballed coal-fired power plants, now "dirty" enterprises once again have a chance for a new life and work. Orders for additional volumes of coal are received by all suppliers of fossil fuels without exception: Australia, New Zealand and South Africa. Vessels with products in a large flotilla sail to the shores of Europe. China and the UK are reopening their own long-closed mines. To such a turn in the energy policy The world has been driven by a severe shortage of "clean" natural gas and the need to generate more electricity.

According to experts from the International Energy Agency (IEA), last year the world generated more electricity from coal than ever before (an increase of 9% compared to 2020). Overall coal use is expected to increase another 2% this year.

In fact, such a forced transition (return) to the most polluting method of generating electricity can be considered the first blow to the long-term plans of the coal mining industry in Europe. The second blow is even more unpleasant and painful, as the famous European vanity suffers. The point is that the salvation of the EU depends on Russia.

Only one thing will allow avoiding galloping inflation and ruin - the purchase of coal not from overseas with delivery along a long logistics "shoulder", but "forbidden" cheap from Russia, whose mining industry is ready to increase production and exports. Now the EU will have to solve only one problem: lift sanctions on this type of fuel, or pay an extremely high price for short-sightedness and Russophobia. As you can see, the problem is more psychological than economic and if desired, it is very easily removed if we discard environmental dogmas and political prejudices.
Reporterin Yandex News
Reporterin Yandex Zen
2 comments
Information
Dear reader, to leave comments on the publication, you must sign in.