Europe increases purchases of Russian gas while it is "free" 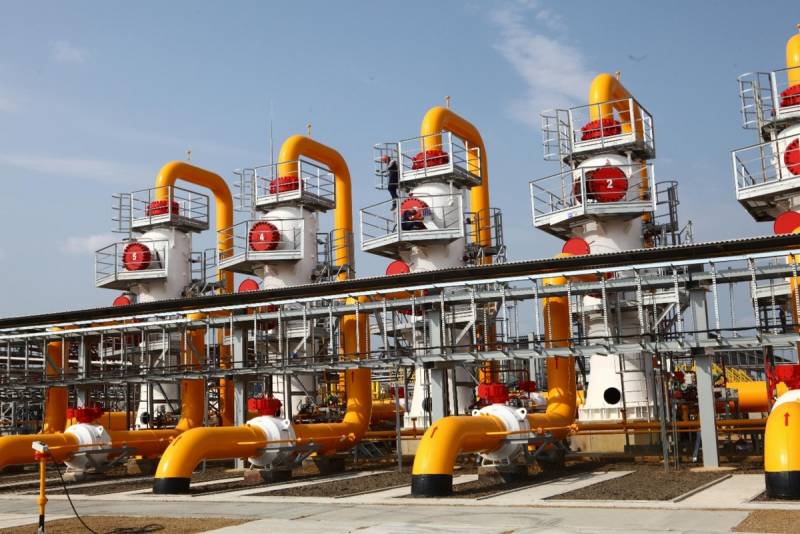 In Europe, an ambiguous situation has developed - the wind speed has significantly decreased, which is why the production of "green" energy has been significantly reduced while maintaining a huge need for electricity generation. The only way out in this case, obviously, is in the growth of demand for natural gas. However, traders of the sectoral market, having felt the demand, instantly raised the price of raw gas on the exchanges of the region. Consumers simply have no choice but to increase orders for the supply of Russian gas while it is pumped to customers in Europe for free.


European natural gas prices began to rise on Monday morning as forecasts of low wind speeds and calm, cool weather in the coming days boosted demand for gas for electricity generation in Europe. OilPrice writes about this. Experts also confirm that orders from European consumers for Russian gas supplies through Ukraine began to increase from Sunday and grew on Monday. The increase in transit capacity is confirmed by the data of the GTS Operator of Ukraine, as well as data on gas volumes pumped through Nord Stream 1.

There is a simple explanation for the growing popularity of Russian gas. The decree of Russian President Vladimir Putin dated March 31 on the transfer of payment for energy resources into rubles confused the cards for Gazprom's European (from unfriendly countries) customers. Before the payment mechanism was clarified by Moscow itself, consumers often received gas for free. Then they had to make a choice - either refuse, or continue on the terms of the Russian Federation.

The advisory circular issued by the European Commission, which actually recognized the "Putin scheme" and allowed the conversion mechanism, did not change much in policy many European consumers. The habit of consuming gas for free has remained, despite the fact that the slogan that “gas from Russia is bad” is behind the scenes in the EU. However, few can resist its free status. In addition, the artificially maintained confusion with payment allows the Europeans to act dishonestly, as long as the Russian side fulfills the contracts properly.

Companies from EU countries unfriendly to Russia are hoping for tougher sanctions and an escalation of the conflict, which will allow them to simply resort to predictable (and profitable) theft of raw materials when the fuel has already been delivered, but due to the worsening political situation in Ukraine, it will be possible to stop paying for it . For example, because of the unwillingness to pay in rubles, or simply openly referring to "political expediency." However, this is already happening.

For example, the Azerbaijani state company SOCAR refused to pay in Russian currency, as did several other countries, although they all regularly consume domestic gas. Now there is a dilemma not only of choosing the method of calculations for the future, but also of deciding on the volumes of fuel already transferred to the customer. An attempt to "legalize" the actual theft of raw materials, most likely, will be hidden behind bilateral negotiations between the seller and the client, or, for example, for a request for a delay in order to "study the issue" on opening a conversion account with Gazprombank.

In any case, as long as the unscrupulous scheme of supposedly “mess” (as well as Moscow’s truly rubbery patience) with payment allows you to get gas for free, Gazprom’s customers in the EU and other countries will definitely choose Russian gas to cover the generation gap.
Reporterin Yandex News
Reporterin Yandex Zen
16 comments
Information
Dear reader, to leave comments on the publication, you must sign in.