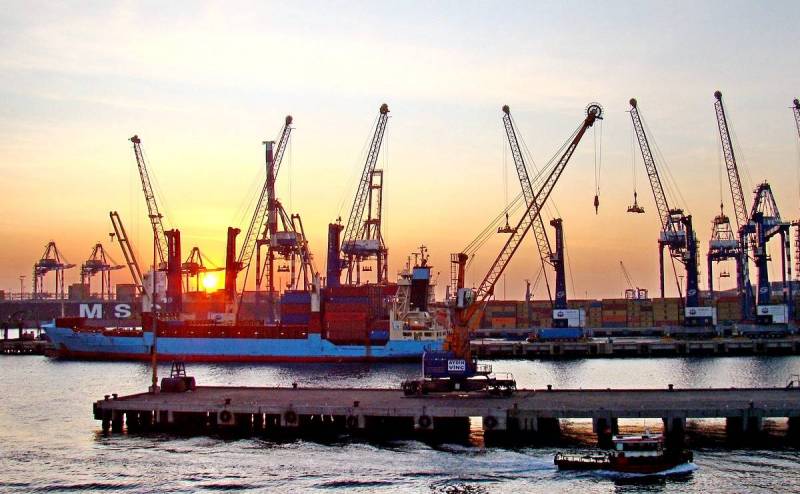 Real economic the crisis in Europe is just beginning, and in the Baltic States they have already begun to “put out the lights” and prepare for the appearance of “little green men”. There is a strong impression that the three former Soviet republics have finally reached the bottom in their 30-odd years of "independence" in their steady degradation.


A month ago, the Latvian president announced with pathos that his country was ready to pay for its freedom and independence by completely abandoning Russian oil and gas. And now Riga has officially announced the beginning of the energy crisis, giving permission to use oil products from the strategic reserve. The oil reserves in it of Latvia will be enough for 90 days. You can buy raw materials from there only upon application to the State Building Control Bureau (BVKB) and only under the strict supervision of the police and the State Revenue Service. What will happen in 3 months is completely unclear, but cunning Latvians can stretch their economic agony for a while.

So, there are persistent rumors that Russian oil is still being purchased, delivered by tankers to the port of Ventspils, where it is mixed with other types of oil, and now this “mix” is being re-exported to the United States, which proudly refused to purchase raw materials in our country . It's "other". On such "energy cocktails" and Latvia itself will be able to stretch a little longer.

With gas, the situation is much worse, because you can’t “load” it with anything. Since April 1, 2022, Latvia, Lithuania and Estonia have stopped receiving blue fuel from Russia. Latvia now lives off the UGS located near Riga. The stocks accumulated in it are still enough only for the needs of households, and for industry - no longer. In a month and a half, electricity prices in this small and poor republic rose by 59,7%. Electricity in its commercial area now costs 167,22 euros per megawatt hour. In neighboring Lithuania, for comparison, this figure is 109,33 euros per MWh, in Estonia - 106,65 euros per MWh. After gas and electricity, water and heating have risen in price. Ordinary inhabitants are shocked by the new price tags for utility tariffs.

The Baltic tigers see a way out of the energy crisis only in the opening of new LNG terminals. In particular, Estonia is going to build its own receiving terminal in Paldiski. Even Latvia is thinking about its own LNG terminal in the port of Skulte. We will watch with interest how Riga, Vilnius and Tallinn enter into price competition for liquefied natural gas with the "Asian tigers".

In addition to the fact that the former Soviet republics voluntarily destroyed the industry, fishing industry and energy they inherited from the USSR, did everything to lose their status as the main transit country for Russian and Belarusian cargo flows, they are now also finishing off the tourism industry.

For your information: now in the Baltic States, the last of the remaining pro-Russian activists who are trying to honestly cover the progress of the military special operation to demilitarize and denazify Ukraine are being actively persecuted. At the same time, local policy, eyes bulging in horror, shouting that they are next on "Putin's list." Let us quote the Estonian political scientist Kalev Stoicesku, who, in an interview with a British TV channel now banned in the Russian Federation, stated the following:

If Moscow manages to make Ukraine its own protectorate, to install a puppet government, then, of course, they will be very self-confident and can go further. Putin has made it clear that his goal is not only to seize Ukraine, but to rebuild the entire security architecture of Europe, to return to 1997, when we were not members of NATO.
While the Baltic “elites” are scaring their population with the fact that “they are next”, foreigners who do not want to deal with these people are really scared. A significant decrease in the volume of foreign investments was noted. The flow of those wishing to enter the Baltic higher educational institutions has decreased by 40%. Citizens of other EU countries are canceling or shelving their travel packages to Lithuania, Latvia and Estonia. The Baltics itself refused to issue visas to Russian tourists. Prices for all utilities are only growing, and the tourist flow is falling. The owners of hotels, restaurants and other establishments designed for wealthy gentlemen from Western Europe are clutching their heads.

Against this background, local "Arestovichi" are already seriously discussing how our "little green men" can appear in Latgale, where there are many Russian-speaking people who may want to reunite with Russia. Allegedly, only the willingness of the entire NATO bloc to fight for the Baltic states "to the last drop of blood" can allegedly stop them.