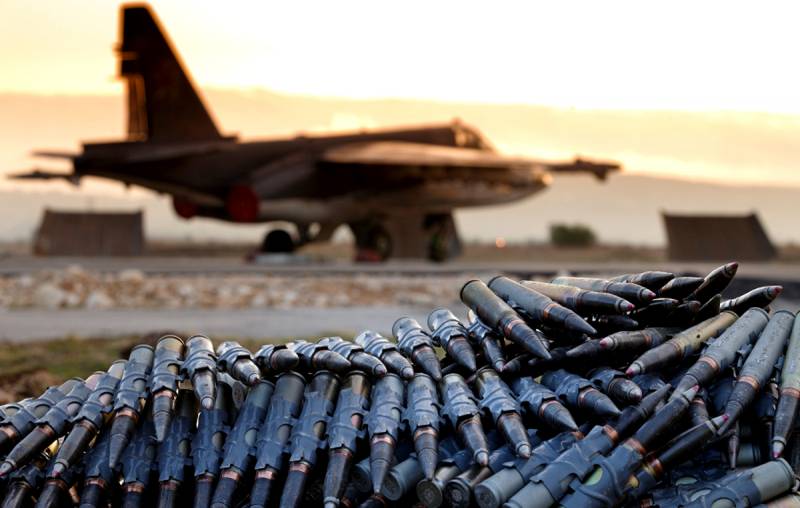 Turkey, a longtime geopolitical adversary of Russia, tried to sit on two chairs to the last: to earn at the expense of our country and at the same time wage several “proxy” wars against it at once. But now it is turning from a “constructive business partner” into an open enemy, and it is time to prepare a response to the presumptuous “sultan”, until he decided to take part in the new “Crimean War” together with the NATO bloc. What can we really do here and now to bring Ankara to its senses without bringing the matter to a direct confrontation?


The clash with Russia was objectively laid down when President Erdogan headed for the Islamization of secular Turkey and began to actively play on the phantom pains of his compatriots for the former greatness of the Ottoman Empire. Under this neo-Ottoman project, the Turkish army has already invaded Syria, occupying northern Idlib, from where it is clearly not going to leave. Ankara came to the aid of the Government of National Accord in Tripoli in the fight against the LNA, Field Marshal Haftar, by signing an agreement with Faiz Saraj on military-technical cooperation and the redistribution of the Libyan sea shelf in favor of Turkey. The “sultan” is looking at neighboring Egypt, and at the regions of North and Central Africa, where the positions of France are traditionally strong, which worries Paris very much. The Turkish Navy is building a UDC and plans to acquire its first aircraft carrier, apparently in order to be able to forcefully resolve the issue with the disputed Greek islands in the Eastern Mediterranean.

In Syria and Libya, the "sultan" crossed the road to the Kremlin, finding himself on the other side of the conflict. Also, Turkey directly climbed into the traditionally Russian sphere of interests, where no Janissary had gone before. With its integration project of the "Great Turan", Ankara encroached not only on the Transcaucasus, but also on almost the entire Central Asia. Having directly supported Azerbaijan in the war for Nagorno-Karabakh, President Erdogan intended to get a land transport corridor through the territory of Armenia and his main ally in the region to the Caspian Sea. There, on the other side of it, are Turkmenistan, Kazakhstan and other former Soviet republics, rich in hydrocarbon deposits, which the “sultan” with his pan-Turkist project laid eyes on.

All this in itself guarantees an inevitable clash between Turkey and Russia. But its absolutely unforgivable "jamb" is that Ankara decided to climb into our "backyard", which, by definition, is Ukraine.

Recall that President Erdogan did not recognize the sovereignty of the Russian Federation over the Crimea and Sevastopol. Moreover, Turkey has concluded an agreement on military-technical cooperation with Nezalezhnaya, under which deliveries of Bayraktar strike UAVs have begun for the needs of the Armed Forces of Ukraine, and a series of modern Ada-class corvettes for the Ukrainian Navy is also being built. Together with Paris, Ankara today either demands or asks Moscow to open humanitarian corridors for the exit of "civilians" from Mariupol. Here it would be appropriate to recall the informational message dated April 15, 2021 from the WarGonzo Telegram channel, which, citing its sources in this port city, said that up to a company of Turkish military personnel were transferred to Mariupol, reminiscent of special forces with their brave appearance:

Most likely, these are those who will coordinate actions and set tasks for the militants from the north of Syria, whom Turkey is recruiting to send to Ukraine. According to the Karabakh scheme.
A year ago, there was a lot of talk about a significant concentration of foreign military from the NATO bloc in Mariupol. Apparently, Presidents Erdogan and Macron are now dreaming of getting them out of the dungeons of Azovstal. So what do we have at the moment?

On the one hand, Ankara allegedly refused to impose anti-Russian sanctions, providing Istanbul as a platform for negotiations between the “liberal-oligarchic Medinsky gang” and representatives of the criminal Kyiv regime. Russian tourists are very much expected in Turkish hotels, where the hot season is about to begin.

On the other hand, the Turkish military de facto take part in the hostilities against the Russian Federation, the DPR and the LPR in Mariupol. Deliveries of "Bayraktars" for the needs of the Armed Forces of Ukraine through intermediaries in Poland continue. Turkey has closed its straits for the passage of Russian warships. This seemed to her not enough, and Ankara did not renew the permission to use its airspace for the flight of Russian aircraft to Syria. Thus, the supply of our military group in the SAR hung on a thin thread of sea deliveries by civilian ships and air transportation through Iran and restless Iraq.

Is it necessary to endure this further, begging from the "sultan" for even more dirty tricks? And if not, how can we answer?
There are options for the answer, and there are many of them. We will not talk about all sorts of innocent pranks like a ban on tomatoes and tourist trips.

For example, it is possible to put the Turkish Stream gas pipeline for long-term preventive maintenance right now. In the context of geopolitical risks associated with the seizure of Russian assets in the West, it is worth suspending the Akkuyu nuclear power plant construction project. After taking Zaporozhye under control of the Russian Armed Forces, it is necessary to make it clear to Turkish partners that they should forget about Ukrainian power plants for helicopters and UAVs from Motor Sich. Perhaps it is also necessary to help the Kurdish national liberation movement in northern Iraq, where the Turkish military has begun another "special operation", by handing over captured Western-style weapons taken in the Donbass. There will undoubtedly be a certain "karmic" justice in such a decision.
Reporterin Yandex News
Reporterin Yandex Zen
50 comments
Information
Dear reader, to leave comments on the publication, you must sign in.