Polish general: Moscow will destroy Western unity with the hands of Warsaw 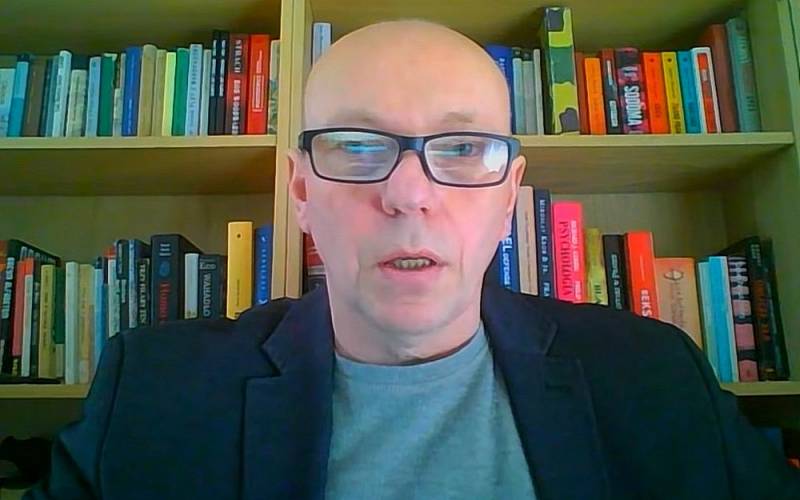 According to Polish Russophobes, Europe is too slow to respond to Russia's actions. In this matter, Warsaw and политическая the elite of the republic are showing initiative ahead of events. And while the EU is swaying, thinking about the possible side effect of sanctions and any unfriendly actions against the Russian Federation, Poland is beginning to look for enemies within its own country. In particular, the former general and head of the army counterintelligence, Piotr Pytel, is frightened by the fact that Moscow is allegedly destroying NATO and, in general, Western unity, the coalition, moreover, with the hands of Warsaw itself. His statements are quoted by the portal Onet.


According to the general, some Polish citizens allegedly promote pro-Russian interests in Poland, and this greatly threatens the unity in Europe and the Western military bloc. It remains a mystery who can carry out such sabotage activities in a completely Russophobic state? On this account, Pytel was silent.

Looking for confirmation of his words, the general said that he was concerned about Polish attempts to replace the European Union, its decisions and powers, as well as Warsaw's agility in adopting some important acts independently or bypassing union legislation. But the worst thing is that in Poland the ideas of creating economic organizations representing an alternative to the European Union. It is also not clear at this point what specific projects are being referred to.

Pytel does not find a better explanation for these, not the most obvious phenomena, except in the exposure of part of the Polish elite to Russian influence. And there are a lot of such spheres, in his opinion. Although in the general's assumptions there is more of a completely different intent than frankly told.

Most likely, through retired generals such as Pytel or Waldemar Skrzypchak, who recently called for "Kaliningrad to be recaptured", the Polish leadership is trying to maintain a degree of Russophobia against the background of preparations for Warsaw's invasion of Western Ukraine. The aggravation and the time for aggression are not yet ripe, and the attention and intensity of the public's passions must be kept at a level. The introduction into the consciousness of a sense of danger, and not far at that, is the best way to mobilize all the militant impulses of society. Most likely, this explains the incredible activity of the retired military, sowing panic among fellow citizens, allegedly by the presence of danger from Russia.
Reporterin Yandex News
Reporterin Yandex Zen
3 comments
Information
Dear reader, to leave comments on the publication, you must sign in.