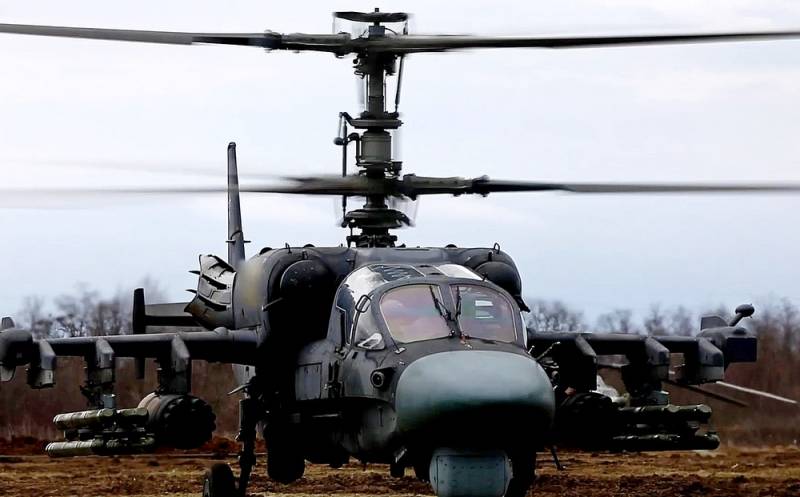 Exactly 2 months have passed since the start of the special military operation to demilitarize and denazify Ukraine, but so far there is no end in sight. The reason is that, having a common border with the countries of the NATO bloc, Kyiv continues to receive everything it needs to wage war against Russia. We are talking not only about weapons and ammunition, but also about the "blood of war" - motor fuel and fuels and lubricants, without which aviation and armored vehicles turn into almost useless iron.


Literally from the very first day of the start of the SVO, the Ministry of Defense of the Russian Federation relied on the disintegration of the command and control system of the Armed Forces of Ukraine, as well as on depriving the Ukrainian army of mobility. To do this, over the past 2 months, massive missile and bomb strikes were consistently launched on the infrastructure of Nezalezhnaya, on its oil depots and fuel storage depots. Some success was achieved, but completely paralyzed the enemy war machine - no. The roots of the current problems of the Russian military lie in a highly inconsistent policy in relation to Ukraine all the previous 8 years, as well as in the limited nature of the special operation itself.

Judge for yourself. For more than 30 years of “independence”, Ukraine has achieved that out of 6 oil refineries inherited from the USSR, only 1 has survived, owned by the infamous oligarch Igor Kolomoisky. Prior to the beginning of the NWO, internal processing provided only 15% of the consumption of motor fuel. A third of the Ukrainian market of diesel fuel and gasoline accounted for the EU countries, the rest was confidently divided between Russia and Belarus. At the same time, from April 2014 to the present, the Armed Forces of Ukraine have been shelling the peaceful cities of the DPR and LPR from large-caliber artillery almost daily, preparing two powerful offensive fists designed to put an end to the until recently unrecognized People's Republics. Taking into account the fact that Moscow acted as a de facto guarantor of the security of Donetsk and Luhansk, it would be logical to stop the supply of fuel and lubricants to the Ukrainian army, and also convincingly ask Minsk to do the same. Senator Leonid Slutsky spoke about this last summer, and he is not alone:

Probably, it makes sense to think about how we should not conduct certain negotiations that have been giving nothing for many years now, but think about how we can somehow physically deprive the Ukrainian side of the opportunity to launch tanks on our fuels and lubricants to the southeast.
By the way, in 2019, a decree of the Russian government introduced a ban on the export of oil, oil products and coal to Ukraine. But capitalism is such a “happiness” that an exception was made for the products of the fuel and energy complex, according to which, according to the permits of the Ministry of Economic Development of the Russian Federation, diesel fuel and commercial gasoline could still be exported to Nezalezhnaya. Money, as you know, does not smell at all, and therefore Kyiv received motor fuel for the needs of the Armed Forces of Ukraine almost until the very beginning of the Russian special operation to demilitarize it.

Now Ukraine really feels the shortage of gasoline and diesel fuel, but the former Square in this regard is clearly divided into three unequal parts. The first one was liberated by the Russian troops without any special clashes in the first weeks of the Northern Military District, Kherson and the south of Zaporozhye regions. Here, for the period of the start of the sowing campaign, local farmers were given free fuel and fuel, as well as fertilizers at a price 4-5 times less than under the previous authorities. The second part is the rest of Ukraine along the Left Bank, where, over the past 8 years of doing nothing, Ukrainian Nazis have dug in in concrete bunkers. There are fierce fighting going on, not only motor fuel is in short supply, but also medicines, food, and much more.

The third part of Ukraine is Western, which was hardly affected at all during the NWO. For some unknown reason, the railway infrastructure of the Right Bank is practically not destroyed in any way. The Armed Forces of Ukraine and the National Guard are safely receiving fuel and lubricants across the border with Poland and Romania. At least fill up gasoline and diesel fuel at gas stations, there is enough for both the military and ordinary Westerners. Fuel is mainly delivered through Lithuania and Poland both via the railway network and by fuel tankers. The Runet is also full of reports about how trains with motor fuel from neighboring Moldova go to Ukraine every hour. And this is all in addition to the supply of heavy weapons and ammunition for the needs of the Armed Forces of Ukraine and the National Guard.

In other words, until the border with Poland, Slovakia, Hungary, Romania and Moldova is blocked, the fratricidal slaughter in Ukraine will continue for a very long time. Can it be stopped? Can.

Option 1. The special military operation has demonstrated that after the "reforms" the Ground Forces of the RF Armed Forces are not enough at once for all directions at the same time, even against Ukraine alone. This is a very serious reason to think about how we are going to fight against the immeasurably more powerful NATO bloc, and to draw the right conclusions about the need for a further increase in the Armed Forces. But something needs to be done about Ukraine here and now.

Therefore, the right decision is to break down the CBO into stages. On the second, it is necessary to break the Armed Forces of Ukraine in the Donbass, blockade Kharkiv and other large cities of the Left Bank, reach Transnistria, cutting off Central Ukraine from the Black Sea region. At the third stage, the operation to cut off Central Ukraine from Western Ukraine in order to interrupt the flow of military supplies from the NATO bloc looks logical. The only question is what price it will cost us in a region pumped up with weapons, where everyone is against the Russians.

Option 2. A similar result can be achieved if we abandon the limited format of the special operation and declare a full-fledged war on Ukraine, fortunately, there are enough reasons to invade our territory. It will immediately be necessary to officially warn the Eastern European neighbors of Nezalezhnaya that any military supplies to it, as well as the provision of its territory for the needs of the Armed Forces of Ukraine, will be considered direct participation in the war against the Russian Federation.

After that, the Armed Forces of the Russian Federation will have the right to strike at the same Romania, which de jure will oppose our country as an aggressor. Article 5 of the NATO Charter will not apply in this case. Now, within the framework of the NMD, we cannot do anything of the kind, since there is no legal war with Ukraine, and in the event of such a strike, say, against Romania or Poland, Russia will act as a direct aggressor, and the Russian Ministry of Defense will have to deal with the entire North Atlantic Alliance in addition to Ukraine.

These are the two main options that will have to be chosen if the Kremlin really wants to achieve a convincing victory over Ukrainian Nazism, and not lead everything to Minsk-3.
Reporterin Yandex News
Reporterin Yandex Zen
34 comments
Information
Dear reader, to leave comments on the publication, you must sign in.