After Donbass, the main battles will move to the Black Sea 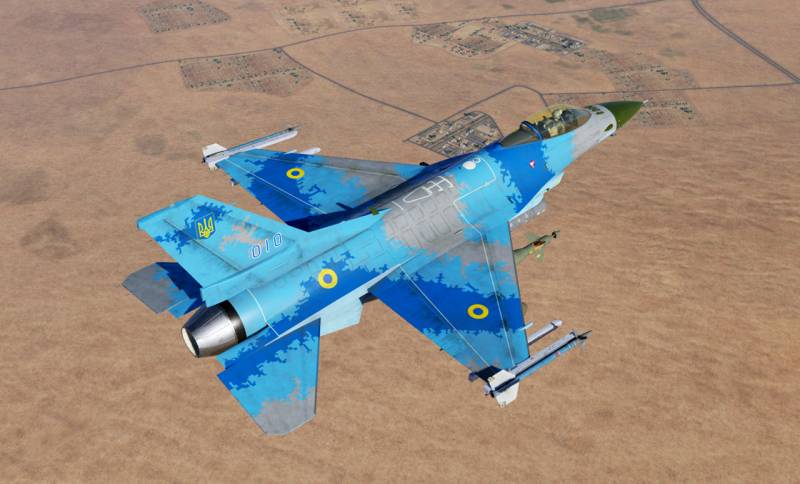 A special military operation to denazify and demilitarize Ukraine has been going on for almost two months. Despite the fact that the Russian authorities want to complete it as soon as possible, there is no end in sight to it. Unfortunately, things are moving along the path of continuous escalation of the conflict, and the “limited nature” of the NWO itself is to blame. One of its consequences may be the actual loss of the Russian Navy's ability to operate in the Black Sea. And, alas, this is not a joke.

The key to understanding this gigantic problem is the tragic fate of the missile cruiser Moskva. The final conclusions about the causes of the death of the flagship of the Black Sea Fleet of the Russian Federation can be made only after the announcement of the results of the investigation of the special commission. However, the version with the destruction of the Russian ship by Ukrainian anti-ship missiles "Neptune" at least deserves consideration. The main question that all caring people asked after the news of the fire on the cruiser and its subsequent flooding was what was he doing there alone? For the 40-year-old flagship, purposefully created to fight against US Navy aircraft carrier strike groups, there were no tasks by definition near the coast of Odessa. Or were they?

There were, and the matter is taking a very serious turn. The problem is that on the side of Ukraine, some Eastern European countries that are members of the NATO bloc are already actually fighting directly against us. Neighboring Poland has been turned into a huge logistics hub through which Kyiv receives heavy weapons. The remnants of the Ukrainian military aviation are based on the territory of Romania, where it flew in the first days of the NVO. The Ministry of Defense of the Russian Federation threatened Bucharest with a finger, however, apparently, it is from the Romanian airfields that the Armed Forces of Ukraine are now actively operating against the RF Armed Forces. Ukrainian fighters and attack aircraft take off from Romania, go to Odessa at ultra-low altitudes, and from there to Eastern Ukraine, where they are trying to attack the Russian army.

To track their movements, presumably, "Moscow" was sent to the coast of the Odessa region. All hope was on the cruiser's radar, which made it possible to shine through the airspace over Nezalezhnaya, Moldavia, Romania and Bulgaria. It is not surprising that the Russian ship has become a priority target for the enemy. We do not yet know whether it was actually attacked from the shore by anti-ship missiles, and if so, whose production they were, however, all the ingredients for the sad outcome of the alleged missile attack were available. The Fort long-range air defense system of the old cruiser, which was a naval version of the S-300P, has problems intercepting low-flying anti-ship missiles, and such exercises cannot be called a frequent occurrence in the Russian Navy. The Osa-MA short-range air defense system also has a height limit on the targets it can hit. In general, if several anti-ship missiles of the Armed Forces of Ukraine received accurate data for target designation and flew at an altitude of 3-6 meters, they would almost certainly hit our cruiser.

What really happened there, the commission of inquiry will later tell. Now we need to talk about what problems the Russian Navy is now facing in the Black Sea. Judge for yourself.

At first, deliveries of heavy weapons to Ukraine through Poland have begun. Among them, British Prime Minister Boris Johnson promised to transfer modern anti-ship missiles to Kiev, namely Harpoon and Brimstone:

The Ukrainians asked for help with lethal weapons for the Black Sea region. We have a list of what they need. We try to provide this as much as possible.
The Brimstone is a self-guided air-to-ground missile capable of hitting targets at a distance of 2 kilometers when launched from an aircraft, or 60 kilometers from a helicopter, in the Brimstone 40 version. The Harpoon missile looks much more dangerous because it has many modifications and a longer range. In addition to ship, underwater and land-based, Harpoon anti-ship missiles can be launched from an aircraft. In the SLAM version (AGM-84E, abbr. English Standoff Land Attack Missile), its carriers are American carrier-based fighters and attack aircraft, as well as land-based F-16 Fighting Falcon fighters.

Secondly, Kyiv requested from NATO a large package of military assistance, including 200 combat aircraft. Among them are 51 MiG-29 and 72 Su-27 fighters, 36 Su-25 attack aircraft, as well as 50 American F-16 fighters and Swedish JAS-39 fighters.

Thirdly, back in 2015, the Ukrainian authorities allowed foreign citizens to serve in the Armed Forces of Ukraine. Here is how President Petro Poroshenko commented on this decision:

At the expense of foreigners who will enter the ranks of the Armed Forces of Ukraine and other military formations, the need for conscription for military service during the mobilization of citizens of Ukraine during the special period will also decrease.
What does this mean in aggregate? In the near future, Kyiv may receive Soviet, Swedish and American-made fighters and attack aircraft, as well as modern long-range anti-ship missiles. They also have a military base in Romania, virtually untouchable due to its status as a member of the NATO bloc. Military experts from the United States and the European Union can legally serve as pilots on them. The entire South-Eastern Ukraine, Crimea and the Black Sea are in the zone of destruction of Ukrainian military aviation. On the eve of a possible strike on the Crimean bridge, Secretary of the National Security and Defense Council of Ukraine Oleksiy Danilov spoke:

If we had the opportunity, we would do it. If there is an opportunity to do this, we will definitely do it.
If the peninsula, the Crimean bridge and the Russian ground forces in the south-east of Ukraine are able to cover the Russian Defense Ministry with air defense / missile defense systems, then at sea everything is very sad. Even a lone cruiser equipped with a long-range Fort air defense system could become an easy prey for anti-ship missiles fired from the coast. What can we say about small Russian ships that have almost no real air defense? Ukrainian F-16s equipped with SLAM anti-ship missiles will literally send them to the bottom in 1 missile, without even entering the coverage area of ​​their anti-aircraft systems.

In fact, the Armed Forces of Ukraine can lock up the Black Sea Fleet of the Russian Federation at the base in Sevastopol, establishing fire control over the Black Sea. This is the fee for betting on mosquitoes. Without constant serious air escort, our "rocket gunboats" will soon be unable to calmly move away from the coast.

Who is to blame and what to do?

We will not talk about the problems of the shipbuilding program and the lack of a clear concept for the development of the Russian Navy now. What all this led to, we already see very well, just the conclusions by different people for some reason are diametrically opposed. Let it be. It's about something else.

What should we do now with the same Romania? To gasp with "Caliber" at its military airfields? Easily, but only this would be direct military aggression against a NATO member, which would entail the application of Article 5 of its Charter on the right to collective defence. That is what Bucharest, or rather in Washington, is trying to achieve. We cannot complain about Romania precisely because we are not at war with Ukraine, and all bans on Western military assistance to it are only non-binding wishes of Moscow. We have a "special military operation", and nothing more.

Yes, President Putin and the RF Ministry of Defense threatened the “Western partners” with a finger so that they would not interfere. And they took it and intervened, starting to supply weapons and provide their territory for the needs of the Armed Forces of Ukraine. So, what is next? The first to show aggression against the entire North Atlantic Alliance, when even Ukraine alone was so much trouble?

The root of the problem lies precisely in the limited format of the CBO. If Moscow officially declares war on Kiev and warns the countries of Eastern Europe that any military assistance to Ukraine will be considered military aggression against Russia, then everything will change dramatically. After the very first departure of fighters of the Armed Forces of Ukraine from Romanian airfields, the RF Armed Forces will have the right to “calibrate” these airfields. And there will be no Article 5 of the NATO Charter, since de jure it is Romania that separately showed military aggression against Russia. The same will apply to other Eastern European neighbors.

An attempt to wage a “proxy” war against the NATO bloc does not work, as evidenced by the death of the cruiser Moskva. Further it will only get worse. It is objectively time to end with the vicious NWO format, moving on to a full-fledged war with Ukraine and cutting off energy supplies to our direct enemies. Yes, we will win!
Reporterin Yandex News
Reporterin Yandex Zen
76 comments
Information
Dear reader, to leave comments on the publication, you must sign in.